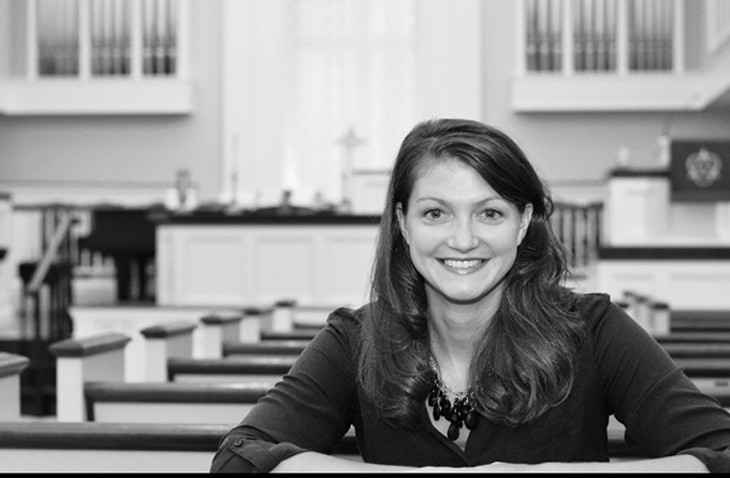 Her perfect English put mine to shame. So did her mastery of a smartphone. She is a straight-A fifth-grade student. She’s also under order of removal by U.S. Immigration and Customs Enforcement (ICE).

We met in the parking lot of the U.S. Citizenship and Immigration Services building because immigration allies have discovered that having a white minister present improves outcomes for people who are undocumented. Her mother, who I’ll call Dee, didn’t have the luxury of waiting years to escape blood-chilling violence at home. So eight years ago, she fled with her infant daughter to the United States, where she made it to Oklahoma and started building a life. Dee sent her daughter to school and found work to support her family. She welcomed another daughter, now 2 years old, who is an American citizen.

Like many women in Oklahoma, Dee is a survivor of domestic violence. According to The Oklahoman, close to four in 10 Oklahoma women have experienced physical violence by an intimate partner in their lifetime. The violence often escalates. Oklahoma has consistently ranked among the worst states in the nation for the rate of women killed by men. After finding the courage to report the crime, Dee was turned into ICE, which initiated removal proceedings for her and her 10-year-old daughter. ICE does not consider the 2-year-old their concern, so the toddler would be placed in our already-overwhelmed foster care system upon the deportation of her mother and sister.

This is why ICE’s “partnership” with local authorities makes our communities less safe.  Reporting a crime means the separation of families, traumatization of children and the abdication of America’s promise to welcome “the tempest-tost” we read of in Emma Lazarus’ poem on the Statute of Liberty.

As I think of this full-of-potential fifth-grade girl whose only home is Oklahoma, I am reminded that I was in the fifth grade when a white terrorist bombed the Alfred P. Murrah Federal Building. People around the world were amazed at our response, which is now known worldwide as the Oklahoma Standard. Conservatives and liberals alike proudly tout our compassion, generosity and service, but does it really apply to everyone?

It can be easy to dismiss immigration as a national issue that we can’t influence, but we can’t afford to sit this one out. Our country is in the middle of a crisis. Family separation is not an abstraction. It is happening in our backyard. Our neighbors need us to advocate for immigration policies true to the Oklahoma Standard. Otherwise we need to stop patting ourselves on the back. At the end of the day, either all of us matter of none of us do. Let’s make sure all of us do.