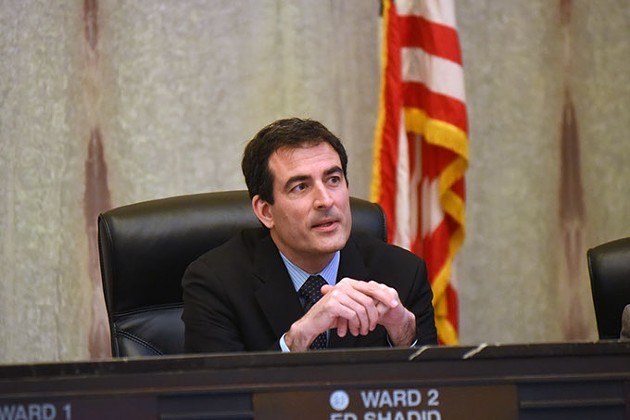 After weeks of sharply negative exchanges on the Oklahoma City Council concerning transparency of the body’s processes, there might be a way to lower tensions and empower the public.

Oklahoma Gazette has learned that a proposed resolution has been drafted that, if passed by the council, will give the public more than 30 days to consider economic development proposals instead of the typical three to four days they currently have to engage an idea before the council votes.

“I am cautiously ecstatic. The council still needs to pass it, and that’s why I’m cautious. But I’m ecstatic because of the possibilities for the public. The public has a right to know how the sausage is being made,” said Ward 2 councilman Ed Shadid, who advocates for the public knowing far more about city decision-making.

Shadid has been sharply critical of what he perceives to be a lack of transparency in the process where the council votes for millions of dollars in economic development incentives and the sale of public property with mysteriously little discussion between members before voting.

Citizens have objected to an opaque process where proposals to spend millions in taxpayer dollars show up on the council's agenda on a Friday afternoon and are then passed the following Tuesday with virtually no preamble or debate. The recent sale of the Santa Fe Parking Garage downtown with similarly little discussion has commanded even more of the public's attention.

But none have been as vocal and persistent about the matter as Shadid. He has said on several occasions and in a July 17 news release that he has witnessed for years a practice in which three or four members of the council would be invited to an informal meeting before and then another small group of council members invited after the public meeting. He said he has witnessed city manager Jim Couch and Alliance for Economic Development director Cathy O'Connor meeting with each group of three to four and discussing economic development proposals before they were ever on the public agenda.

Then they would relay what the first group had said in the other meeting. If the two smaller groups were still not in agreement, the conversation would move back to the other group later. Shadid said this would continue until council members were close to agreement before a public vote would be taken.

A showdown of sorts happened during the Items from Council section of the council’s July 31 meeting. Terse words were exchanged between Shadid and Ward 8 councilman Mark Stonecipher in an exchange uncharacteristic of the usual banter between council members.

Shadid said it was a regular practice to hold the serial meetings when it came to economic development proposals.

Shadid accused city manager Couch of engineering votes for particular economic development packages by splitting the council into a series of smaller meetings that would not constitute a quorum and then communicating concerns and ideas from one group to the other until the members were close to the agreement.

Municipal counselor Kenneth Jordan maintains that the practice is legal and does not violate Oklahoma’s Open Meeting Act as long as there is less than a quorum of the council members present in the small meetings.

The exchange ended with Stonecipher asking Shadid to sit down “one more time” with he and Jordan to review case law.

“You will lose if you take this to court,” Stonecipher said sternly as he pointed his finger toward Shadid on the other side of the council horseshoe.

Stonecipher and Jordan point to an Alabama case as the model for why the city’s current practice is legally sound.

In a letter to Stonecipher and Jordan, Spradling cited four opinions by Oklahoma attorneys general that clarify the Open Meeting Act. All push for more transparency and the decision-making process to be in full public view.

One of those opinions in 1982 by attorney general Jan Eric Cartwright said, "If government officials use their private or social time to discuss agenda items and, even more importantly, to determine how they will vote, the purpose of the open meeting law will have been circumvented. Public access to a mere ‘rubber stamp’ vote is all but useless.”

A prior 1981 AG opinion states that the Open Meeting Act “reaches, not just ‘formal’ meetings, but the ‘entire decision-making process.’”

Over the last two weeks, Shadid and Spradling met several times with Stonecipher, Jordan and attorneys on Jordan’s staff.

After a key meeting Thursday at the end of the day, Shadid told Gazette that he was “very, very excited” about the possibilities after attorneys agreed on a draft resolution that could be on the agenda of the Aug. 28 meeting of the council. The agenda for that meeting will be posted on Friday afternoon, Aug. 24.

Details of the draft have been embargoed until it is posted on the agenda.

“It was a good group effort,” said Shadid. “Everybody came up with a good solution.”

Early Friday, Stonecipher sent a text message in response to Gazette’s requests for an interview following the meeting.

“We have had three meetings. I thought they were productive meetings. It is important to remember that we get paid to govern, not litigate. So, we should always try and resolve our differences constructively and informally,” Stonecipher wrote.

According to Shadid’s attorney, the draft resolution about economic development proposals is patterned after the Ryan Resolution of 2010 that calls for the council to put proposals for new ordinances on the council agenda three times.

The draft resolution would give citizens over 30 days of public comment period to study a proposal and let their council member know their opinions.

Shadid emphasized that he is positive about the latest developments. However, he is still prepared to go to court if the council decides not to adopt the resolution.

He said the intent will be to establish “clear case law for the state.”

"We can’t ask the attorney general for an opinion while in litigation. But if we don't go to court, then we will ask for an opinion," Shadid said. “This is much bigger than Oklahoma City.”