Piper Kerman, author of Orange Is the New Black, speaks at Oklahoma City University on Tuesday. 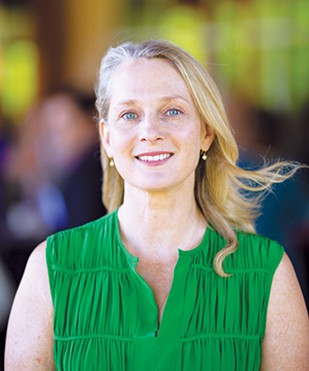 Piper Kerman, bestselling author of Orange Is the New Black: My Year in a Women’s Prison, will deliver a free lecture hosted by Oklahoma City University (OCU) on Tuesday. The lecture is part of the university’s 2018 Martha Jean Lemon Distinguished Speaker Series, a program that features renowned individuals who have worked to make a positive impact on society’s current state of affairs.

In her memoir, Kerman advocates for prison reform, documenting her experiences in the Federal Correctional Institution in Danbury, Connecticut, where she spent 13 months serving time after being convicted for money laundering charges.

“We all want to hear a reasoned and experienced voice about justice reform,” said Amy Cataldi, dean of OCU’s Petree College of Arts and Sciences. “We want to be able to have those conversations in our classrooms and be engaged with community members who are doing that work.”

For years, Kerman has been an outspoken activist for a number of social justice issues, refusing to limit herself to prison reform alone. However, she feels Oklahoma is an ideal place to share her thoughts on the prison system in response to the state’s abnormally high incarceration rates.

Oklahoma, often referred to as “the world’s prison capital,” has an incarceration rate of 1,079 per 100,000 individuals, according to a 2018 report published by Prison Policy Initiative. The national average hovers around 698.

Furthermore, women in Oklahoma are incarcerated at a higher rate than anywhere else in the world. 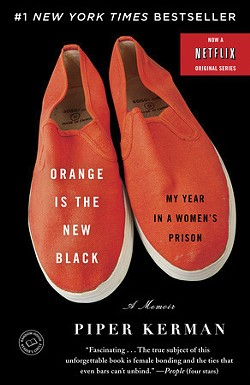 “It’s particularly important for me to get the opportunity to come down to Oklahoma … to raise some of these questions and issues given that more than any other place on the planet, the issue of incarceration of women is front and center,” Kerman said. “I think it’s really, really important to get into the nitty-gritty on that so that Oklahoma can do better.”

No stranger to the Sooner State, Kerman spent a few weeks at the federal transfer center in Oklahoma City as part of her sentence. She said she is very much looking forward to returning to the city to engage the community in conversation over a matter she considers to be nothing short of a public safety concern.

“There’s a certain point when you have too many people locked up you’re actually making communities less safe in a variety of ways,” she explained. “It’s something that should concern each and every one of us regardless of our own personal or family experience with incarceration and the criminal justice system.”

At the upcoming lecture, she hopes to explore similar notions, including the differences between male and female incarceration.

“The vast majority of people that we put in prison are gonna come back to our community. And so first of all, we want to examine long and hard whether we’re really needing to put so many people in prison in the first place, and we also need to think about how people are going to come home safely and successfully after they have paid their debt to society,” Kerman said. “We want people to come home in better shape than they went in; that’s for sure. And that is also not what happens.”

“I hope she brings us different ways to think about solutions,” Cataldi said. “I hope that message is loud and clear.”

However, Kerman does not want to limit the conversation to the broader issues mentioned in the book alone. She gladly welcomes questions and discussion based on the issues portrayed in her memoir’s popular Netflix adaptation.

Regarding the steps taken by the show’s creator, Jenji Kohan, in transforming the book into a series, Kerman said, “[She] takes the book and she puts it in a blender, and she puts a lot of other ingredients in there and then she presses ‘liquify.’”

In the mix of fiction and truth remain a great deal of stories and concepts worth mentioning. Regardless of whether the conversation stems from her own true personal experiences or those found within the fictional series, she seems more than happy to discuss those issues.

“People come with lots and lots of questions,” she said, “because people love the show so passionately.”

Considering the amount of speaking engagements Kerman is scheduled to attend, it would stand to reason people have become more aware of the issues she tends to examine.

In the spring, she spoke in Tulsa and is due to speak in Jacksonville, Florida. Tulsa has been steadily reducing its incarceration rate over the last two years, and Florida is scheduled to vote on a law that bars felons from voting, a ruling Kerman has been opposed to since its inception.

“I’m very grateful that I get to go so many different places and meet people all over this amazing country and talk about these things that are important to people and really have a big effect on people’s lives and on the communities that we live in,” she said. “Every single state, every single city even, has its own unique things that confront it.”

Currently residing in Ohio, Kerman also teaches nonfiction writing at two state prisons, allowing her to make an impact at home as well as on the road.

“I do that because I was very fortunate to be able to tell my own story in the book,” she said. “To understand something like the biggest prison population in the world — the biggest prison population in human history — we need to understand a lot more peoples’ stories. And we need to recognize each and every one of those folks who gets caught up in the system as being a human being; of course, a fallible and flawed human being, but human nonetheless. Each and every one of those people is more than simply the crime that they’ve been convicted of.”

This is just another one of many messages Kerman hopes to get across to the audience at this month’s event.

Soon, she will be joining the ranks of those famous speakers who have presented in the past as part of the OCU Lemon series, including Robert F. Kennedy, Jr.; Kurt Vonnegut, Jr.; and Elie Wiesel.

“We have a long history of bringing this quality; these sort of public speakers to the Oklahoma City community,” Cataldi said. “It’s gonna be good.”

Happy to learn Kerman would be covering many of the issues she feels are crucial in a time of mass incarceration, Cataldi responded with a friendly “Alright, come on, Piper. Let’s get this going!”

The event has thus far attracted a variety of individuals ranging from students on campus to those residing outside the metro area. So far, roughly 1,500 have registered to attend.

The event will be held at 7 p.m. at OCU’s Freed Center and will be followed by a book signing. Students are welcome to join the author at 1 p.m. for a smaller and more personal engagement.