Organization readies adults to lead by example, interaction with youth 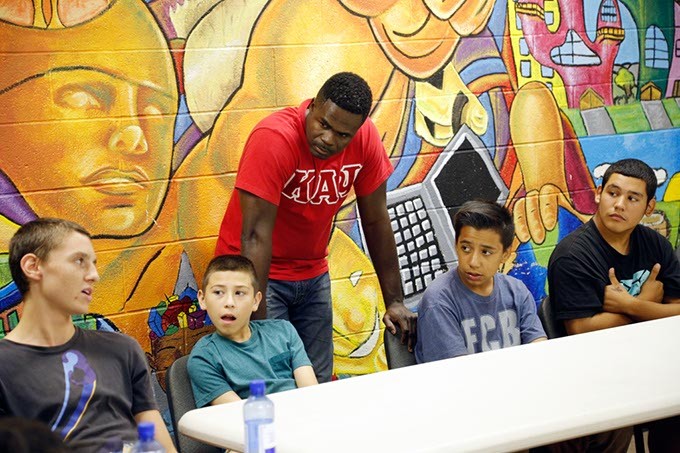 Clean-cut John Sowers carries the studied casualness of a fraternity brother and brims with entrepreneurial confidence. Instead of seeking cash, he uses his charm to recruit adults in the faith community to help change the lives of at-risk youth.

He is president and co-founder of The Mentoring Project, a nonprofit that trains adults to be youth mentors. The organization, based in Oklahoma City and Portland, Oregon, also serves as a pipeline for groups such as Big Brothers Big Sisters and YoungLife.

“Most times, a kid goes on a waiting list when their parent or advocate tries to get them a mentor through these organizations,” he said. “We want to end the list.”

He wants to build a relationship like the one he had with his high school mentor.

“I think it’s important for young people to have someone who is on your side, who you can be totally honest with, without worrying about judgment or punishment,” he said.

Spirek was impressed after hearing about The Mentoring Project at a local church. The organization made it easy to get involved.

“They provide great suggestions for ways to interact, and they even stage some organized activities,” he said. “It’s just important to be available and present.”

Befriending teenagers isn’t always easy, but it can be especially tough with at-risk males. Every few weeks, the organization conducts mentor training sessions in cities around the country. It also provides “toolkits” on its website.

Its two Family Awareness and Community Teamwork (FACT) centers work with dozens of at-risk youths ages 8-18, four police offers and mentors from The Mentoring Project. Mentors complete six to eight weeks of training and a background check prior to being accepted.

“Having the mentors makes a huge difference,” said Sgt. T.G. Childs, who works with FACT. “Most of our kids are from single-parent homes, and the fact that the mentors can take the kids out and do one-on-one things really fills a void.”

The Mentoring Project has grown a lot since it launched in 2009, due largely to word-of-mouth support in the faith community. It now employs five people here and two in Portland. Sowers said the group has shifted its focus to OKC because it found several churches here that were ready to get more involved.

About 1,400 people have attended mentor training sessions in the metro area in the last 20 months.

The event is billed as “a conversation on relationships, mentoring and reconciliation.”

“Reconciliation can mean a lot of things: spiritual, familial, racial,” Sowers said. “If we’ve been wounded in our relationships, we have to heal through relationships. That’s what The Mentoring Project tries to do.”

Note: Thursday’s and Friday’s main sessions are sold out.