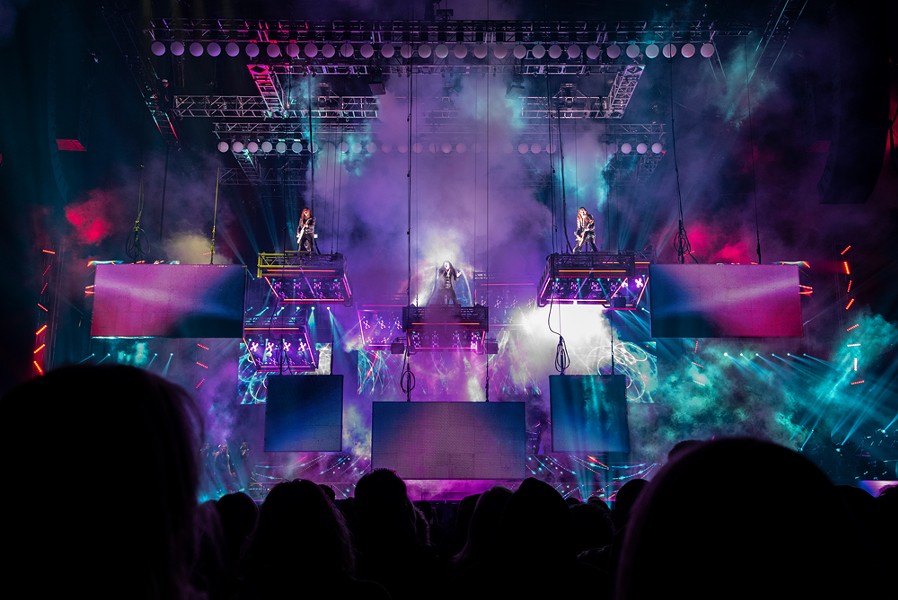 Last year’s version of Trans-Siberian Orchestra’s annual holiday tour was an outing unlike any other for everyone involved in bringing the visually spectacular concerts to audiences across the United States.

On the one hand, coming off of 2020, a year in which the TSO tour could not happen because of the COVID-19 pandemic, there was a special excitement and appreciation for being back in arenas and performing the concerts.

The tour stops at the Paycom Center Dec. 8.

“Missing 2020 certainly made us realize how fortunate we are to do what we do,” said Jeff Plate, musical director for TSO’s eastern U.S. touring unit.

But it was also the most challenging outing in TSO’s history, thanks to the lingering issues with the pandemic.

“It was riddled with anxiety, to say the least, because every morning you’d wake up and it’s like ‘OK, is somebody sick? Did somebody test positive? What are we going to do? Is the crew there? Are the folks in the audience OK?’ So it was definitely the most stressful tour we’ve ever been on,” said Al Pitrelli, musical director for the western U.S. unit of TSO.

It’s not as though TSO didn’t take precautions for COVID-19 or have contingencies in place in case any of the performers came down with the virus. As Pitrelli noted, the job is to deliver the memorable concert spectacle fans have come to expect and make sure any issues aren’t apparent to audiences.

“The audience just wants their show. Whatever hoops we’ve got to jump through to make that happen, that’s what we’re going to do,” he said. “So, yeah, we had a couple of people in the bullpen. On a moment’s notice, they could fly out to a show or we would cover each other’s parts on stage. If one of the singers was sick, one of the other singers that was there would cover the song. Again, the show must go on.”

Pitrelli and Plate, obviously, are hoping this year’s TSO tour will be more like the pre-pandemic outings, when phrases like “daily testing” and “social distancing” weren’t associated with rock shows and masks were only for bands like Slipknot. 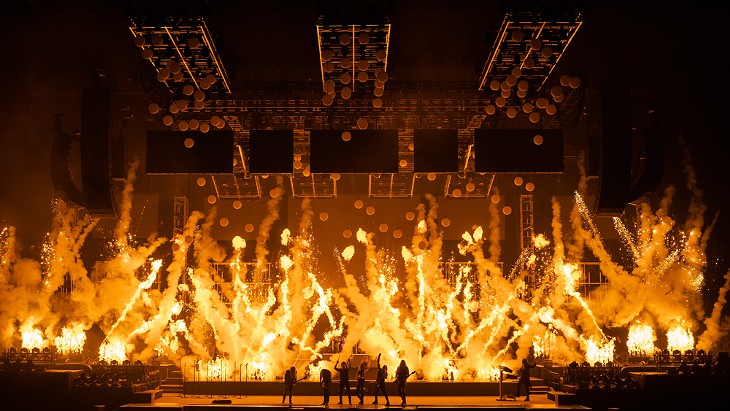 Over its first two decades, TSO’s shows have become easily the biggest and most elaborate of the holiday tours. It was all the vision of the group’s founder, Paul O’Neill, who passed away in 2017.

O’Neill’s idea was TSO would combine a rock band with an orchestra playing concept albums/rock operas with cohesive story lines. Instead of building an image around a singer, guitarist or conductor, the ensemble would use multiple singers and a range of instrumentalists, who would remain largely anonymous to listeners.

Plenty of industry people questioned whether TSO could be viable financially. O’Neill took a meticulous approach to making albums, searching for the perfect singers to voice the characters in his lyrical stories and bringing in whatever types of instrumentalists his music required – steps that expanded the recording timelines and budgets. As for touring, taking such a large musical group on the road with the kind of high-tech visual show O’Neill envisioned would be expensive as well. To accommodate the visual production, TSO had to play arenas from the start – something no music act had done.

Nevertheless, Atlantic Records got on board with O’Neill’s vision and signed TSO. The label has been rewarded, as the trilogy of lyrically-themed Christmas albums all became hits and continue to rack up top 10 sales among holiday albums each Christmas season.

The group’s annual Christmas trek is easily the most popular holiday tour going. Since its debut in 1999, the holiday tours have played to about 18 million fans and grossed $725 million.

The entire TSO organization misses O’Neill, of course. But Plate said the good thing is O’Neill and his family surrounded themselves with a stellar team that knows every part of the operation.

“Paul told us many, many, many times this thing is going to outlive us all and it’s going to last from generation to generation,” Plate said. “Thinking for a moment that it would be without him was not in any of our thoughts. When it happened, it’s like ‘Well guys, we know what to do. We know what the job is.’ We know Paul would ask certain things of us throughout the years and you learn what the guy expects out of you and the show and everybody involved in the show. We are as protective of this as anybody. I cherish every time we go out there, every note we play. We’re doing it for, not just for the audience, but for Paul and his family, and it means a lot to us.”

This year’s show finds TSO performing The Ghosts of Christmas Eve, which is the 2001 DVD that combined the most popular songs from Christmas Eve and Other Stories and The Christmas Attic. With the performance initially being aired on PBS stations, it has become one of TSO’s most popular releases.

The Ghosts of Christmas Eve will take up most of the first half of the show, followed by a second part that draws on selections from across the TSO catalog. Because many of the most popular songs will be performed as part of The Ghosts of Christmas Eve, Pitrelli, Plate and the musicians had room for some songs this year that haven’t often been performed on past tours.

“We have a lot of conversations. Everybody will throw their ideas in,” Pitrelli said. “We have such a large catalog of material to draw from, almost 28 years of recording, all of a sudden a song will pop up, like, ‘Wow, I haven’t heard that song in so long. Let’s try that this year.’ So it’s just a lot of that.”