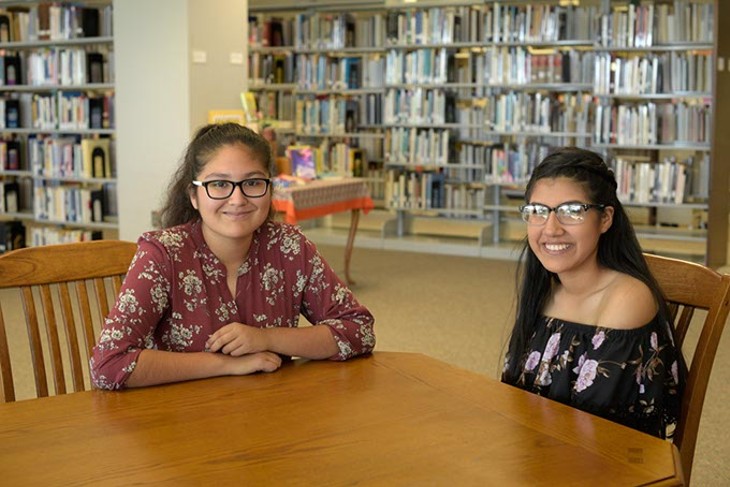 A partnership between Oklahoma State University-Oklahoma City and Dove Science Academy that combines the final two years of high school and the first two years of college in a single two-year program seemed like a great idea on paper.

Modeled after other early college high school programs in the United States, the local program enables students to earn an associate’s degree nearly tuition-free while earning their high school diploma.

Additionally, after completing the program, students can continue on to earn a bachelor’s degree.

The program is likely to cut their four-year tuition bills in half, said Tracy Edwards, OSU-OKC associate vice president of academic affairs.

Edwards promoted the program’s potential to others in academia, and his on-paper concept adapted into reality during last spring’s parent meeting.

“Not only was every parent there, but siblings and grandparents,” Edwards said. “Seeing all the students in the cohort, plus all their family members smiling and nodding, that was the day I decided this was more than a good idea.”

On June 5, 17 Dove Science Academy students walked into an OSU-OKC classroom for a college algebra class.

The students, dually enrolled at the northwest OKC public charter school and the college, are tackling summer speech, art and algebra college courses.

In the fall, they will attend classes at Dove that will be taught by both OSU-OKC and Dove instructors.

By the end of the 2019 spring semester, students will have mastered a STEM-centric curriculum and completed the general education courses required at most universities.

Earning college credits in high school is not a new concept.

What makes EXCELerate Dove different is the early college high school model, which accelerates learning through a rigorous high school-college course of study while also ensuring students graduate with an associate’s degree or more than 60 hours of college credit, Edwards said.

It’s a model that is gaining ground because advocates say the program is most effective among low-income and minority students, who are typically underrepresented among college-bound populations.

OSU-OKC and Dove leaders plan for the program to grow beyond the inaugural class and strive for it to serve as a model in Oklahoma, which has been slow to create early college high school programs.

Vanessa Ramos and Alexandra Molina began their Dove careers at the charter school’s elementary school. Since entering high school, their focus has been to prepare for a college career.

Thanks to EXCELerate Dove, the two 16-year-olds are getting a jump-start on their goals.

“Dove does a good job of preparing you,” said Molina, who plans to pursue a bachelor’s degree followed by a law degree. “You get used to asking teachers for help. I feel very prepared.”

Ramos pointed out the program also allows students to dig deeper into the academic subjects that already interest them.

The real benefit is financial, as college is expensive.

EXCELerate Dove allows her to contribute to the total cost of her college education.

“Getting all the hours of college in and finishing early is a plus,” said Ramos, who is interested in a career in aeronautical engineering or computer science.

EXCELerate Dove is popular among parents like Shawnta Grier. While Grier admits she initially was concerned about the rigorous course load, her daughter Jalen convinced her she could handle it.

“I feel like this is a blessing for her to be a part of,” said Grier, who has two older children attending college. “She will graduate high school with an associate’s. When she goes on for her bachelor’s, she wouldn’t take on as much [student loan] debt. … It is one less thing that we have to worry about. It is a blessing, and we are very grateful.”