40 Minutes or Less: Local Female Filmmakers showcases the variety and craftsmanship of female filmmakers in Oklahoma. 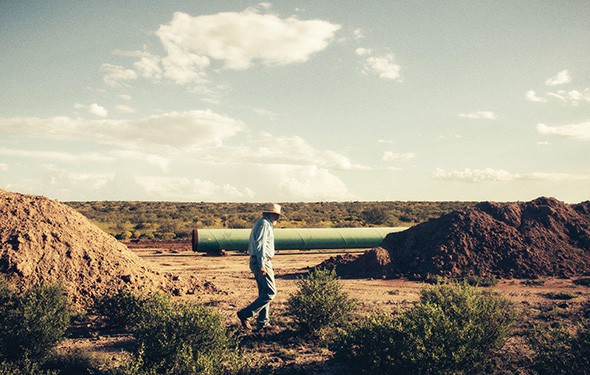 For actress and producer Michaelene Stephenson, being a filmmaker is exactly what it sounds like.

“My main goal would be to help movies get made, and if that means I’m the right person for a role and I need to act in the film, awesome. I really love doing that,” said Stephenson. “But if that means I need to produce it so that the movie gets done, I’m totally there. There’s so many people that have these great ideas, and I just want the art to get made, get finished and get put in front of people.”

Presented by Oklahoma Film Society and curated by Stephenson, 40 Minutes or Less: Local Female Filmmakers features short works by Oklahoma screenwriters, producers and directors 6-7:30 p.m. Aug. 29 at Artspace at Untitled, 1 NE Third St. For the screening, Stephenson chose filmmakers whose works she was already familiar with, such as Cate Jones’ darkly comedic short “Sheila” (first seen in the Mono Deux anthology and featuring Stephenson in a supporting role), as well as works by filmmakers she found through “internet stalking,” i.e., searching for them on Instagram and Twitter.

“There are filmmakers that if you’re already involved in the Oklahoma film scene, you’re going to know who they are,” Stephenson said. “They’ve kind of been around the block here a little bit. And then there’s some filmmakers that, at least for me, I had never heard of until I curated this event, so I’m really excited to kind of introduce them to the Oklahoma film scene so they can all start networking together and helping each other.”

Though assembling the varied lineup of films and filmmakers required Stephenson to do some research, she said she was never required to lower her expectations or standards.

“It’s just so important to have these female voices in the film industry because you’re seeing things from their perspective.” — Michaelene Stephenson tweet this

“Luckily, we do have a pretty diverse screening,” Stephenson said, “and I think all the films that are screening are really good films, so it’s not like I had to settle for anything to try to have diversity or to have all women filmmakers.”

“You’re more likely to have rounded-out, fleshed-out female characters, whereas a lot of times, you might not have that with a male writer or director,” Stephenson said. “It’s just so important to have these female voices in the film industry because you’re seeing things from their perspective. … That doesn’t exist as much as it should.”

Shakespeare’s The Tempest is set on a magical island, but director Rebecca Lynne Wagner’s adaptation Ferdinand and Miranda was shot in a field on the side of a highway in Norman. Wagner, now based in Los Angeles, said she was inspired to make the film while studying acting at University of Oklahoma.

“Usually, when we see Shakespeare on film, it’s typically not done very well,” Wagner said. “People aren’t really trained in it, and it tends to kind of fall flat, so that was sort of my goal — to bring it to life and adapt it film without losing some of the textual integrity.”

The five-minute film recreates the play’s Act 3, Scene 1, when Miranda (Andrea Beasley) and Ferdinand (Julian Walker) first meet, which Shakespeare scholar Sylvia Morris describes as the moment Miranda “becomes aware of herself as an independent person.”

After acting in other people’s films, Wagner decided she would rather direct.

“I was writing stories, and I just kind of felt that it was more important for me to be behind the camera and controlling the narrative, rather than having someone else tell me what to do or have someone else choose the projects that I worked on,” Wagner said. “Filmmaking is sort of an exclusive group, typically very boys club, I guess you could say, and I know that in my experiences as an actor, I was often really dissatisfied when a male director would be trying to portray a female experience, and then it wouldn’t come across in the way that I thought was truthful to my experience and a lot of other women’s experiences. I feel like I was pushed in that direction simply because I feel like there was a hole in the storytelling.”

A trailer for Cherish Love — a feature film by Devoted Media Group currently available on the production company’s YouTube channel — is also included on the screening lineup. Screenwriter Nicole Jocleen said she could ensure the script — inspired by a “social media rant” posted by Azrial Greene-Piña, who plays the title character — featured a strong female lead and supporting characters. As a producer, Jocleen said she could ensure that the women playing those roles felt at ease on set.

“I think anytime a female is present as a producer and just on set constantly, that makes them feel more comfortable, especially if it’s a romantic comedy, if you’re going to be kissing or anything,” Jocleen said. “I know that with me being there, I’m going to make sure that whatever you’re doing, you’re comfortable doing it. …  I think my presence as a producer and just being there makes them know, ‘OK, this is somebody that I definitely know has my back in the room with me.’”

Director and producer Nicol Ragland will be screening a preview of her upcoming film Trans Pecos, a documentary about a company exploiting state law to construct a natural gas pipeline in far West Texas.

“Climate change is the biggest issue of our time, and it’s very much an abstract power, these folks behind this industry,” said Ragland, who has degrees in environmental science and photography. “It’s hard to know, exactly, the operating system, so I just was really kind of enamored by the ability to map out how they work, how they essentially misuse the practice of eminent domain. It’s something I’ve never really thought about, private companies essentially able to take land. A lot of people just don’t understand the magnitude of that until it happens to them because essentially, the company can show up on your property, they can stake it out, and they can take it, and there’s nothing you can do about it.”

Many films made by women, Ragland said, show greater empathy and “soft power,” creating a feeling of inclusion instead of an “us vs. them” binary.

“We have really specific virtues to offer in the world of storytelling, and a lot of it has to do with a level of sensitivity,” Ragland said. “It’s our nature to be nurturing. It’s our nature to create stories of inclusion. It’s our nature to understand the nature of these systems that are hurting us, and also to listen. I think females, by nature, listen. It’s something that is really important within documentary filmmaking … and I think that’s something that is really missing in the media. Now more than ever, it’s necessary that women step in, and they are, and it’s really exciting. There’s a lot of extraordinary male filmmakers, but it’s really our time. So it’s also a level of responsibility. ... How do we step into that, and how do we take ownership and accountability for creating really good and really important stories?”