Outrage easier to evoke on sports than other school issues 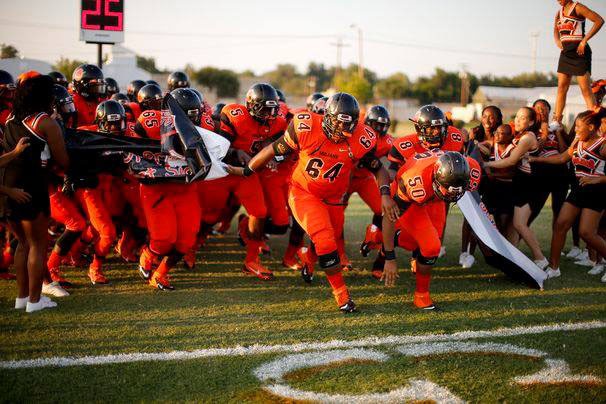 Politicians and ministers held a press conference this week to express outrage over the way urban schools in Oklahoma City have been unfairly treated.

Their complaints weren’t focused on inequalities that exists in school facilities, teacher pay or school funding when compared to more affluent school districts. Rather, the criticism was over a bad call during a football playoff game.

“This is about an organization of adults that has taken something away from a group of Oklahoma children,” State Senator Anastasia Pittman, D-Oklahoma City, said at this week’s press conference, not speaking about the state Legislature’s decision to cut over $200 million from the education budget over the last few years but instead about a Douglass High School touchdown that was disallowed due to a bad call, costing the team a win and a chance to advance in the state playoffs.

“As a school system, we should place more value on academics than we do sports,” said Amber England, executive director of the Oklahoma chapter of Stand for Children, an organization that advocates for students and seeks to develop community support for schools. “There’s something to the fact that people get upset about a football game but don’t show up to a PTA meeting.”

Stand for Children hosted an event this year with keynote speaker Amanda Ripley, the author of The Smartest Kids in the World, a book that looks at how school systems in other countries outperform the United States. One of Ripley’s arguments is that sports has too high a priority in American schools.

“Our glorification of sports sends a loud but not entirely honest message to our kids about what really matters,” Ripley told The Dallas Morning News last year in an interview about her book. “Only two percent of U.S. college students receive athletic scholarships. But all our kids will need to know how to think critically in math, reading and science in order to thrive in the modern economy. All of them will need to know how to make an argument, how to solve problems they've never seen before — how to think, in other words.”

England said students in urban districts understand the way their schools might be shortchanged compared to those schools in more affluent neighborhoods. She also said the outcry over a football game, while possibly justified, also sends a message.

“There are a lot more important reasons to be upset,” England said.

The National Council on Teacher Quality recently ranked Oklahoma City teachers as the 12th worst paid in the nation when considering lifetime earning potential and cost of living, and no state has cut more funding for education since 2009 than Oklahoma, according to Oklahoma Policy Institute.

To say Oklahoma educators and parents haven’t been vocal in their frustration with education funding and leadership would be inaccurate. Over 25,000 teachers gathered at the state capitol this year to protest the state’s education funding cuts. The rally was one that the Oklahoma City Public School District did not allow its teachers to officially participate in, but there were many OKC teachers on hand.

While England said the Douglass football game debate is an example of how sports can appear to take precedence over academic performance, she believes the focus has already begun to shift in OKC.

“It’s a conversation we should be having, and I think we are starting to have that conversation in [Oklahoma City],” England said.

The school district launched its Great Conversation last month, which includes a series of meetings over the next several months between community and business leaders to discuss ways to improve academic performance in the OKC school system. 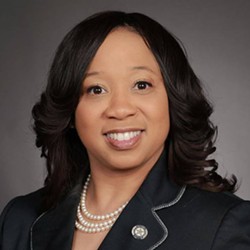 Pittman acknowledged the attention on a football game might cause some to believe school priorities are misassigned.

“We’ve been at the forefront of education, and we don’t want to devalue education by making a ruckus about a football game,” Pittman said, admitting she has heard some complaints that too much of a focus is being placed on sports. “But this is an issue that is important to my constituents.”

In a phone interview Thursday, Pittman spoke for 10 minutes about ways she has advocated for higher teacher pay, college tuition assistance and other issues related to inside the classroom.

“This [football issue] has received high volumes of attention, not just because of constituent calls,” Pittman said. “This thing began to snowball over the weekend; I was inundated with instant messaging, text messaging, phone calls. However, when we have other education issues, we don’t always have the community support because they are not aware of it.”

OKC school board member Ruth Veales said she agrees with the district being outraged over the call, but wishes the same type of public and media attention would be given to academic issues.

“If we would generate that same passion as it relates to academics we would have a better quality of life,” Veales said.

The Oklahoma Secondary School Activities Association board of directors held a special meeting Wednesday to hear Douglass’ case but ultimately voted not to replay the game or redo the controversial play.

Following yesterday’s board meeting, Brandon Carey, attorney for the OKC school district, said the district’s appeal was on behalf of the Douglass students.

Fights to give students a fair shot in the classroom also take place, but this week shows it’s sometimes easier to get support for a fight when it involves a football.