OVAC celebrates 30 years of cultivating art in the state 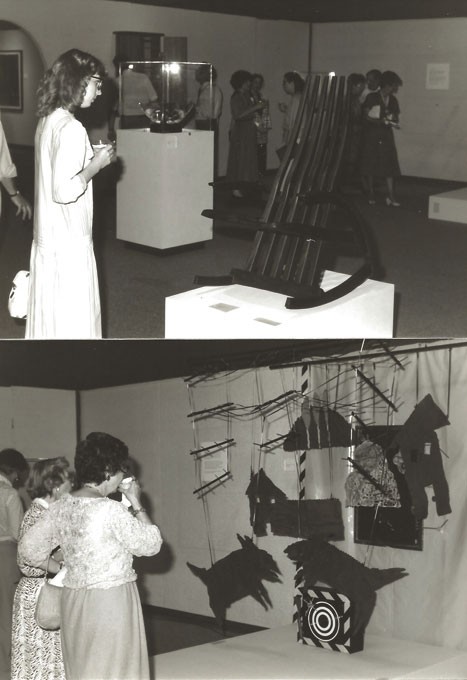 “After I got out of college, I got into accounting and became a CPA and was a CPA about 10 years, except I just couldn’t stand it,” McNeese said. “So I moved from Ponca City to Oklahoma City and started a gallery and started working with artists.”

Artists and gallery owners, McNeese soon discovered, took more satisfaction from their work but made very little money at it — especially in the Sooner State.

“We talked a lot about the National Endowment grants to artists and how most of them were going to Texas, which we were in the same region, and nothing really came to Oklahoma.”

So McNeese founded Oklahoma Visual Arts Coalition (OVAC) in 1988 with the goal of getting more money to working artists in the state. Early support came from Kirkpatrick Family Fund, Oklahoma Arts Council and Laura Warriner, who now runs [Artspace] at Untitled. Incorporating the coalition and reporting it as a nonprofit to the Internal Revenue Service, McNeese found a new use for his accounting degree.

“Even though I never practiced as a CPA again, it gave me the base to understand what was going on. I understood financial statements and knew where we were and where the money was coming from and all that kind of stuff,” McNeese said.

McNeese started the quarterly newsletter, later renamed Cross Current and since expanded into Art Focus Oklahoma. In 1989, the coalition awarded its first $1,000 fellowship to an artist. Under McNeese’s tenure as executive director, which lasted until 1997, the coalition began holding the Business of Art workshop and seminars that evolved into the various Artist Survival Kit Workshops held throughout the year. McNeese also oversaw the inaugural 12x12 fundraiser auctioning off works of art measuring one square foot in size, which raised $5,000 in its first year. During his time with OVAC, the annual budget grew from $6,000 to $90,000. But McNeese, who has since moved back to Ponca City, where he helped start a children’s art education program and co-founded the Bison Bison student film festival, said one of his biggest accomplishments was knowing when to leave.

Kirt, who first found out about OVAC when she attended a 12x12 fundraiser, took over as executive director in 1999.

“I was 25, so I hadn’t been out there that long,” Kirt said. “I always joke that they couldn’t afford someone with experience, so I got hired for my potential.”

But her youth might have been a major selling point to the board of directors.

“When I started, they were really worried about how many young artists were involved in showings, and so I think that was one of the reasons they hired someone young,” Kirt said. “They hoped I could get more young artists involved.”

Soon after Kirt took over, she began Momentum, an exhibition highlighting the work of artists 30 years old and younger, but she said much of her guidance in her early inexperience came from the coalition’s past.

“I didn’t know what I was getting into,” Kirt said, “so the first six months, I spent tons of time reading the organization’s history. … I read the material so I could try to understand who people were and what they were interested in, and then I went around the state and met with artists and board members to talk to them. Learning the heart of what artists said they needed helped me know what direction we should go and how to prioritize.”

In addition to helping young artists get started in their careers, Kirt said one of the most satisfying parts of working for OVAC was encouraging experienced artists to continue working.

“I would get calls from people all the time who had put away making art for like 20 or 30 years so they were 50 or older, 65, and they were just letting themselves start to spend time on art again,” Kirt said. “It was wonderful to encourage them and to validate that that was a good thing for them to do, and they needed that encouragement that it was worthwhile for their time and energy.”

Whether working with younger or older artists, or seeking out new funding opportunities from the Andy Warhol Foundation for the Visual Arts and the elusive National Endowment for the Arts, which OVAC first began securing during her tenure, Kirt said the coalition’s directors were always willing to adapt and evolve.

“The board are such fabulous and creative and interested people,” Kirt said. “If they’re not artists themselves, then they’re people who really believe in artists and believe in creativity, and I think that makes them especially open to risks.”

The needs of artists in different communities throughout the state vary greatly, however, depending on the economics, educational opportunities and access to arts programs and exhibits in each community, and in determining how to best serve each region, Kirt began to see a larger pattern at play.

“Over the years, I’d gotten more interested in advocacy,” said Kirt, who now serves as executive director for the nonprofit Oklahomans for the Arts and is currently campaigning for a state senate seat. “I think when you look at the heart of what makes it a challenge for artists to be in our state, my lens got bigger and bigger in terms of, ‘OK, well, if you don’t value art and artists, it’s hard within the economy and within education and within the state government.’ We spent more and more energy on helping artists advocate for their careers, advocate for their own path, and I think that has to connect to these bigger state issues. If we don’t have arts education, do kids get to discover their own gifts and abilities and interests? Do we have an arts economy without arts education? I don’t know. I think it’s going to be really hard for our state if we don’t.”

When Holly Moye took over as OVAC’s executive director in 2014, her first priority was to adapt the coalition to better serve the state as a whole.

“I wanted to make more of an effort to be more present in rural areas,” Moye said. “We really started working with new towns and holding events and openings in areas outside of Oklahoma City and Tulsa.”

Exhibitions in smaller towns such as Guymon and Ada followed, but Moye — a Raleigh, North Carolina, native who went to art school in Boston — said she experienced some culture shock as a “city slicker” meeting with art enthusiasts in Pawhuska.

“They walk in and two of them are legit in cowboy outfits, and I was just like, ‘What is going on? This is so bizarre,’” Moye remembered, laughing. “And one of the guys, he actually owned one of the outfitter shops there, he was like, ‘Yeah I rode my horse today, blah blah blah,’ and he just kept his horse down on the street. There was a little area where he just put his horse. And I’m sitting there wearing all black, from Boston, like, ‘What have I done with my life right now?’ But it was just this great moment of kind of getting out of that city mentality and realizing that everybody, no matter where you are, wants to have some involvement in the arts.”

When Moye left OVAC after two years to become the director of the school of visual arts at Oklahoma City University, several of the programs she helped start, such as Momentum Ada, had not yet launched.

Krystle Brewer, who previously worked with OVAC as a volunteer, took over as executive director in June of 2017, and she said the organization is continuing to provide support to modern working artists.

“Everyone here is new, and we have kind of a new vision for where we want the organization to go,” Brewer said, “just focusing more on engaging the members and having them feel more a part of the organization and also responding to the needs of our members.”

OVAC continues to evolve along the guidelines laid out in the July 1988 issue of its newsletter:

“We are pleased and excited to announce the formation of the Oklahoma Arts Coalition, a not-for-profit corporation created to provide programs, services and advocacy for the individual artist living and working in Oklahoma and to create and expanded public interest in and understanding of the visual arts. … The visual arts deserve to be nurtured and our programs will reflect this premise. We hope you will join with us.” 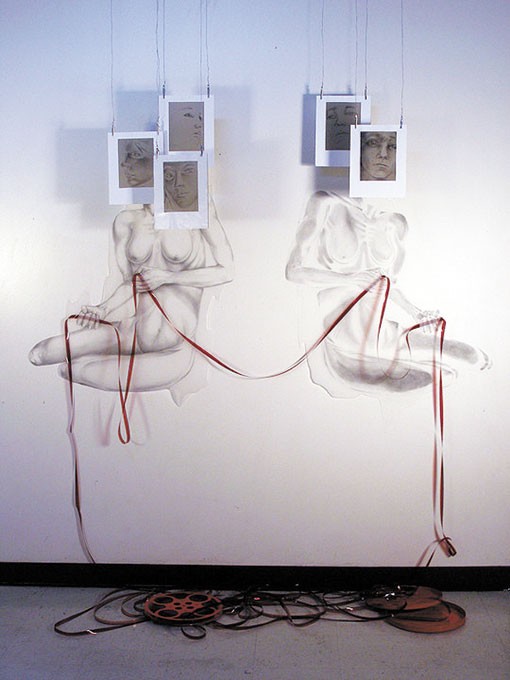