[PEACH] to call it quits after last show Saturday 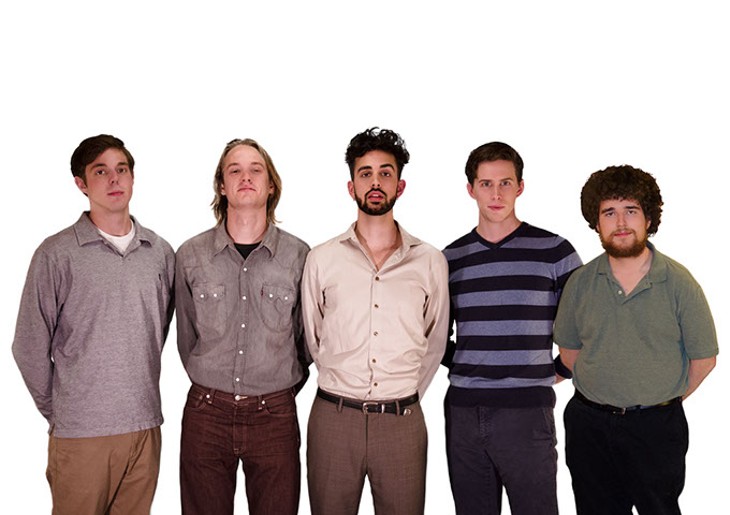 The band formed in 2011 with singer-guitarist Aslan Crawley, drummer Connor Pruitt and bassist Loren Calvin Dunaway III. The trio released an EP the same year but has since focused on releasing singles. Crawley said the band’s split is due to his planned Aug. 5 move to New York.

“The jazz fusion scene is not receiving a lot of support in Oklahoma,” he said. “As part of our last show, we’re going to feature two local fusion acts we hope can gain some more support in the community.”

Opening acts include Norman-based Pidgin, followed by Adam & Kizzie, who signed with Ropeadope Records and released The Book of EEDO Vol 2 last year. Crawley is a fan of both bands.

“I’ve seen Pidgin slowly gain a following in the area,” Crawley said. “They’re very good, and they had a fantastic set at Norman Music Festival. Adam & Kizzie could also use more support locally, but they are definitely gaining attention here and elsewhere.”

The other members of [PEACH] will remain in Oklahoma, but Crawley did not speculate about whether they would form a new band after his departure. Before he leaves, he plans on recording a solo project at Post 352, 3909 NW 10th St., a studio/venue owned by fellow ACM@UCO alumnus Benjamin Edison.

With the recent closing of Urban Roots, Crawley said venues for fusion musicians are hard to find.

“For jazz musicians, one of the only options are three-hour sets at area restaurants, but they have to play standards and covers in those settings,” Crawley said. “That sort of music does nothing to push the genre forward.”

At least part of the issue is economic. Getting a bar or restaurant to feature a fusion band or even pay a flat rate for a show is more difficult if the community does not show up in sufficient numbers to make it economically viable for business owners.

Even as the UCO Jazz Lab trains excellent jazz musicians, those musicians are finding it more difficult to find bookings around Oklahoma City where they can play their own music.

“People need to realize that there is a community here who will support this, but it’s all disjointed,” Crawley said. “If everyone that liked this music would get together, Oklahoma City is right on the verge of being able to support fusion.”

For a city with a historic district like Deep Deuce and its ties to jazz, community support for jazz fusion would seem to be a no-brainer, but the numbers say otherwise.

Crawley sees a community that would like to support fusion, but until artists are allowed to play music they have created, the jazz fusion genre will probably suffer in the state.

“The scene just won’t pay enough to support the original material yet,” he said. “It’s easier to get paid doing three hours of covers at a restaurant, and the people who love fusion won’t show up to support that.”

with Adam & Kizzie and Pidgin