Iron & Wine and Calexico team up to release a second joint album and tour. 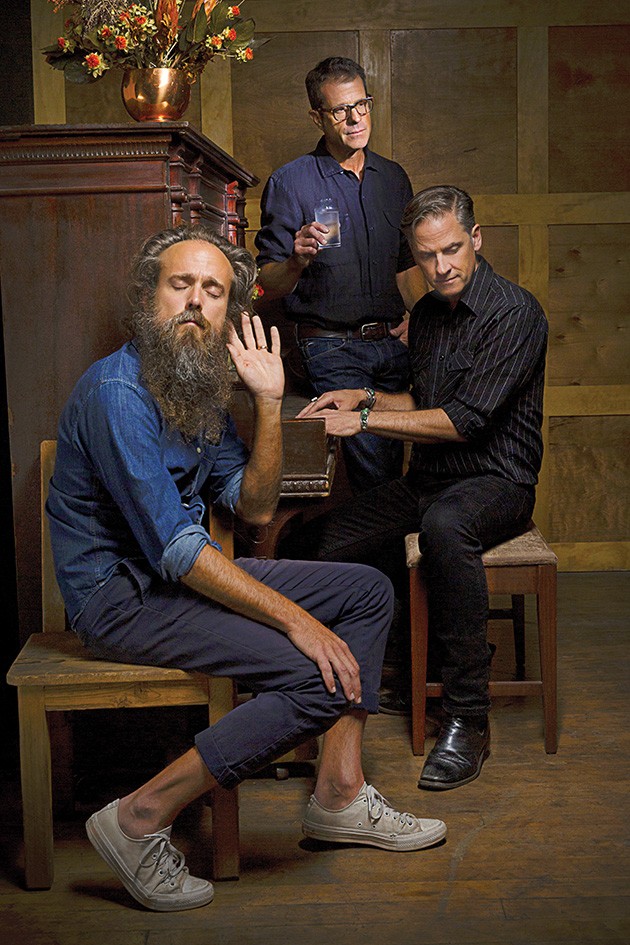 The musicians playing on it never broke up or really even formed a band, exactly, but Years to Burn is basically a reunion album. The follow-up to 2005’s In the Reins, Years to Burn, released in June, is the second collaborative album released by Iron & Wine and Calexico.

“We just spent a lot of time together, and we kind of became a band through touring that first record,” said Iron & Wine frontman Sam Beam. “Then we kind of picked up where we left off, but also it had been a long time, so it’s kind of like re-meeting old friends, where it seems familiar but we had all been through a lot of different things and are bringing that experience to the session. So there was a bit of a learning curve, but it didn’t take very long. It wasn’t a hard process. It was just a little different than maybe we thought it might have been.”

“This time, I wanted to blend the bands a bit more than just them backing up my voice, and so I brought some of my people,” Beam said. “They were cool with it. Everyone in the room had kind of known each other and played with each other in different capacities, but never in this ensemble, so it’s always fun when that happens. It definitely changed the dynamic, just because they’re each individual and unique players. I mean, it’s hard to quantify exactly how it changes, but it definitely is what it is because of the people in the room.”

While the exact effect on the album’s sound is harder to determine, the new band arrangement makes an obvious difference in the touring experience.

Beam recorded Iron & Wine’s 2002 debut The Creek Drank the Cradle by himself in his bedroom on a borrowed four-track, which gave him as much time as he wanted to work on the songs. Years to Burn was recorded over four days in Nashville’s Sound Emporium Studios. Beam said he isn’t sure which method is better, but in recent years, he has been moving away from perfectionism.

“Last time we were playing together, we developed as a band into this sort of folk-rock thing.” — Sam Beam tweet this

“I would spend forever doing things — retry and rework things, develop things, scratch things and do over — I mean, it’s just months and months,” Beam said. “And I think those records are maybe better for the effort, but maybe not. I don’t know. It’s hard to say, but I definitely got tired of the song before I was finished. And so now I, the last couple years, adopted this practice of just making time an obstacle, where you’re doing it so quickly.

“I will bend the rules because, if I don’t like something, I’ll definitely go back and change something and give myself more time later, but the idea is to have a discipline where what you do on that day is the best that you could do on that day and you think of the recording as the best you could do that day, not the best that you could ever do, possibly, in your entire life. That way kind of stops all the hemming and hawing about the right arrangements because there’s no right or wrong answers. It’s not math. It’s a subjective feeling you have on the day. I prefer to just do it and move on, but that also means stacking your deck with a lot of talented people in the room who can make those kinds of decisions quickly.”

“You don’t get quite so attached to arrangements,” Beam said. “It’s also a matter of leaving the arrangements open enough to where when you take it to the stage you have room to move around.”

Burns wrote single “Midnight Sun” the day before recording began and the instrumental jam “Outside El Paso” and three-part “Bitter Suite” came together in the studio as full-band efforts, but Beam wrote most of the album’s tracks with the intention of including them on a collaboration with Calexico. 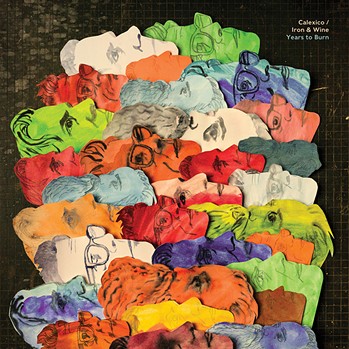 “Some of them had been hanging around for a while where I kind of put them aside, thinking they might work for this project, and then some of them are newer. It was about half and half,” Beam said. “Last time we were playing together, we developed as a band into this sort of folk-rock thing. If I had a melody that kind of worked with that thing, I would set them aside for a future Calexico project and then finished them whenever that came about. And then other ones were included because of the lyrics. I feel like the whole spirit of the project is about collaboration and about friends and making music for people to enjoy. There’s a couple of songs that talk about those kinds of things, finding my friends and feeling OK to be vulnerable around people that I love.”

Though the follow-up to In the Reins comes 14 years later, Beam said the idea for a second collaboration was a topic of discussion between the two bands for years.

Sharing the stage at New York City’s Beacon Theatre in 2013 finally convinced the musicians to start making a definite plan.

“We ended up playing some of our old songs together and some other stuff, and it felt really great,” Beam said. “I think that wasn’t the moment where we said, ‘Let’s put it on the calendar,’ but it was more of a focusing like, ‘This is really fun. Why are we not doing this?’ Then it was a matter of putting it on the calendar and pushing other things away because the calendar always gets filled.”