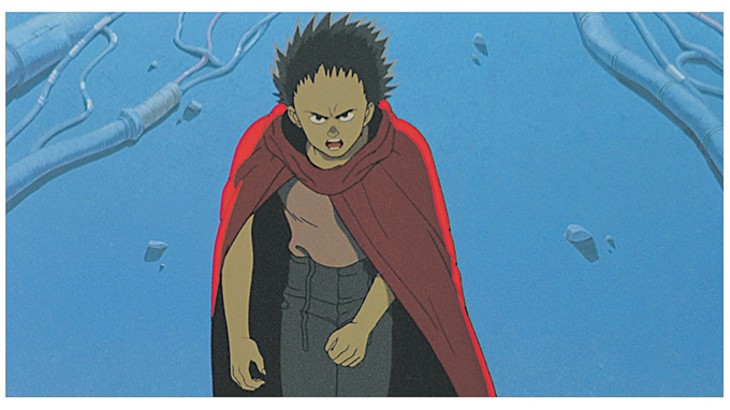 Tower Theatre has had its Projector Club for almost as long as it has been showing movies in its revived theater. But the actual purpose of the club took a lot longer to develop.

Stephen Tyler, a co-operating manager at Tower and the person chiefly responsible for booking and programming the Uptown 23rd District venue’s film schedule, said he first threw the Projector Club name on the theater’s website without a plan for what the club might become. He included this mention as a way of saying film was an important part of Tower’s history and a special part of its future and that anyone interested in learning more should subscribe to the linked email newsletter.

“They’d find it on the website and ask, ‘What is this?’” Tyler said. “We were just like, ‘Yeah, it’s something we’re working on. It’ll be really cool; stay tuned!’”

Projector Club is now Tower’s more intensive film series targeted at hardcore film fans. The club’s screenings open up to the public earlier and close later, which makes them feel more like events. A guest panel introduces the movies and discusses them afterward.

The club’s screenings are open to the public. Admission is $10.

Projector Club might have started as pure marketing, but public interest is shaping it into something more tangible.

“The minute you make something even a little bit special,” Tyler said, “everyone wants to be involved in it.”

“The goal is that when people start to see that badge, that’s one of those things where people know, ‘Oh, they’re not just going to be playing the film; there’s something else connected to that,’” he said.

Any kind of film that can be discussed at length afterward could potentially become a Projector Club feature. Tyler said films that get selected usually have something to do with interest from himself, a scheduled host or the general community.

“There’s really no restriction on what we will or will not show,” he said, “unless we personally feel it’s outside of what we want to be doing.”

While Projector Club is starting to take shape, Tyler said it will likely continue to evolve into the future.

“Going forward,” he said, “we have some additional ideas about what this can become — everything from some sort of a loyalty-type program to one day even having some really significant events.”

Tyler is intrigued by the idea of bringing in major filmmakers and acting legends for special screenings that would either be restricted to or give preference to established club members. Still, Projector Club could end up growing in ways he has yet to imagine.

Projector Club’s screenings are often informed by Tower’s new monthly screening themes. In March, the theater led into the film release of Ready Player One with a series of films dedicated to the material referenced in the movie and its source novel. This month’s theme is AniMayTion, highlighting popular animated films.

Not every themed screening is an official Projector Club event, but Tyler said the two have a very symbiotic relationship. The themes not only give Tyler a focus for his monthly programming efforts, they make marketing the screenings a little easier because they share a common thread.

“You quickly find out that there are a lot of people who love different films for different reasons,” he said, “whether it’s because you grew up wishing you were a Goonie or having your mind blown seeing Akira when you were 12 and trying to find out how people even drew like that.”

Future monthly topics include partnering with SoonerCon in June for a series of geek and nerd culture films and a July series of music-themed movies.

Tyler said scheduled themes and Projector Club screenings are sometimes influenced by the film podcasts that help host club events. In addition to Tunes/Toons, other podcasts involved with the club include The Cinematropolis, WAFTI Show, Okie Geek Podcast and Okie Show Show.

“They’ve all participated in some form,” he said. “They’re still helping guide the direction it goes and how to improve the event.”

The AniMayTion theme was selected by Tower to celebrate recently acquiring the rights to show Studio Ghibli films in its theater. Tyler said one of the only limits to the movies they can screen is what the theater has the rights to. Over time, he hopes Tower can compile a massive film catalogue through deals with different studios and distributors.

“I hope in the very near future that there’s not a film ever suggested to me that I can’t immediately go find and get access to,” he said.

Tyler was a child of the ’80s. He was born in the same year E.T. the Extraterrestrial was released and was always in the theater for the biggest summer blockbusters. At home, he would find new favorites like The Goonies and The Last Dragon by channel-surfing throu gh his parents’ cable subscription. His passion for film is as strong now as ever before — perhaps stronger.

“I’ll sit and talk to somebody for hours about something I just watched,” he said.

In that respect, it is a dream come true for Tyler to program the film lineup for a venue like Tower. He has lived in Oklahoma City all his life and for years thought about the untapped potential of the historic theater as he passed.

“That sort of prepared me for when I found myself near that building and in contact with the people that owned it in a situation where they were looking for someone to help them,” he said. “I was actually like, ‘Hey, I have been on-and-off thinking about this for about 20 years.’”

Through Tyler’s guidance, Tower has established a unique niche for itself in OKC’s fast-growing cinema market.

“We’re never going to be competing against Cinemark or AMC,” Tyler said. “They’re going to be showing first-run movies, so we’re going to do something different.”