It’s pretty easy to be jaded about movies these days. Remakes, redos and reimaginings have dominated movie theater marquees for a while now. It’s not even that a large portion of them are bad. It’s that a lot of them are unnecessary.

Ultimately, beyond just monetary concerns, why should these stories be retold? I found myself asking that question before a frame of Pete’s Dragon lit up the screen. But once it began, I quickly realized this film not only meets its predecessor but soars past it in many respects. 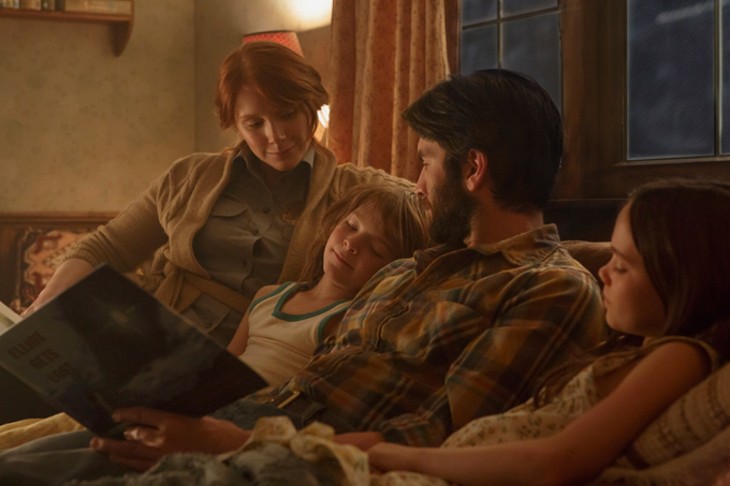 Pete’s Dragon lacks the collective hype of Disney’s latest crop of big-budget redos, such as Cinderella, The Jungle Book and next year’s Beauty and the Beast, but what it lacks in scope it makes up for in unadulterated sincerity. This sincerity is due in no small part to the involvement of director and cowriter David Lowery, best known for tough crime thriller Ain’t Them Bodies Saints.

Lowery isn’t the first filmmaker recruited from the indie circuit and asked to helm a multi-million-dollar blockbuster. However, Pete’s Dragon is one of a few exceptions in which a major studio took a risk by allowing an auteur to implement a unique vision rather than sinking it with constant retooling for mass appeal. It’s definitely a Disney product, but Lowery’s version is wonderfully grounded, a unique touch from his previous cinematic outings I’m happy to see isn’t lost in the transition.

Perhaps the best aspect of this children’s film is its absolute refusal to treat its audience with kid gloves. Elliot growls and purrs but thankfully doesn’t talk, leading to one-sided conversations with Pete. This makes the audience, in turn, sit up straight and actually pay attention — it’s one example of many in which the movie ensures children and parents equally engage and enjoy the ride.

However, the film isn’t without faults. Urban’s character never sinks into full mustache-twirler or a symbol of corporate greed, but his corner of the story is easily the least developed. He’s an antagonist in a story that largely has no need for one. He wants to catch Elliot because of vague reasons, but more importantly, the film needs an exciting climax from which our heroes must escape. While it in no way sinks the film, it’s the sole aspect that seems engineered in a movie that otherwise feels wholly natural.