“We’re out here to support everybody,” Oklahoma Atheists member Elyssa Mann said. “So many members of the LGBTQ community are atheists. We’re here to let people know that we exist.”

by Rachel Schaub and Megan Prather 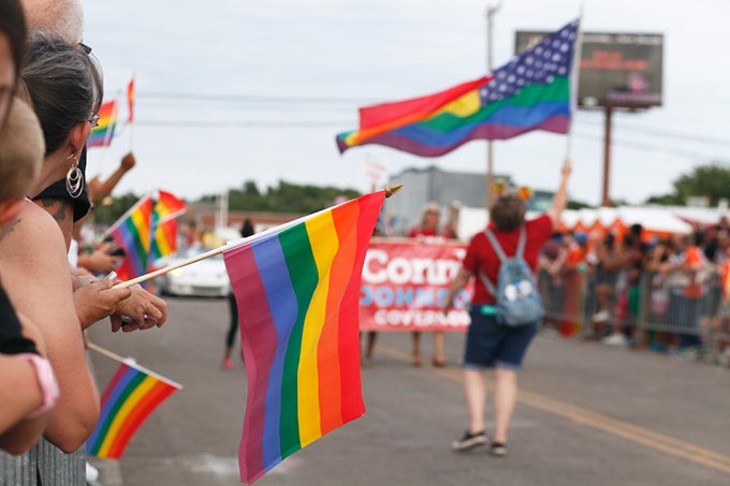 This year’s OKC Pride Week theme was “30 years of resistance.”

“To me, resistance means living my life authentically and refusing to get down no matter how hard they try,” said Pride attendee Alex Cargo.

Weekend events kicked off the afternoon of June 23 with beer tents and a street party and continued into the night with concerts by Groove Merchants and The Bright Light Social Hour.

“We’re out here to support everybody,” Oklahoma Atheists member Elyssa Mann said. “So many members of the LGBTQ community are atheists. We’re here to let people know that we exist.”

The market was not lacking in religious representation, as churches from around the Oklahoma City area, including Expressions Church and Norman’s St. Stephen’s Methodist Church, lined NW 39th Street, sharing information about accepting and tolerant congregations with Pride revelers. Many of the churches also marched in Sunday’s OKC Pride Parade.

“[St. Stephen’s Methodist Church was] out here last year, and that’s what helped me find the church,” said event attendee Luke Richardson. “It’s a wonderful place. It’s like a family.”

Another booth was set up with a sign reading “Mama Bear: Free Mom Hugs” and provided “mom hugs” along with words of support and encouragement to everyone who wanted them. Free Mom Hugs of Oklahoma also encouraged visitors to write encouraging messages for others on Post-It notes for other festival guests to keep. Free Mom Hugs volunteers encouraged parents to love their children regardless of their sexual orientation or gender identity.

This year’s grand marshal was Sonja Martinez. In 1984, she became one of the first biological women to win Ms. Gay Oklahoma. Martinez has worked to raise money for HIV and AIDS research since 1991. She also performs regularly at PToo Mix, also known as PartnersToo.

The parade began at N. Classen Boulevard and NW 42nd Street as floats and marchers turned onto the route, many blasting music through their drivers’ speakers. Crowds shouted the lyrics as members of organizations like University of Central Oklahoma’s Student Alliance for Equality (SAFE) and businesses like Austin-based spirits company Deep Eddy’s danced along.

Celebrants, many with painted faces and flags wrapped around their bodies, lined the parade route through its conclusion at N. Youngs Boulevard and NW 39th Street.

Parade attendee Christy Dawson said the float made an important statement by the school district.

“They wanted to show that they support our students,” she said.

Another merrymaker, Kaitlyn McElroy, said she was impressed by the number of people at the OKC Pride Week event.

“We came here on Saturday to walk around and take a look at all the tents, and it was really nice to experience this in Oklahoma City,” she said. “I come from Northampton (Massachusetts), so Pride is huge there — there’s like 20,000 people in the parade, so I was uncertain about coming to an Oklahoma Pride. … The parade was great; lots of different people were represented.”

She added that businesses and individuals had a lot to gain by attending OKC Pride Week events.

“I think it’s silly for people not to come out and enjoy it and get their business out here for the community,” she said.

The parade concluded with members of the community carrying a massive LGBTQ pride flag along the route. The rainbow-striped banner spanned the width of the street and closed out the weekend with a visual reminder of what draws the community together. 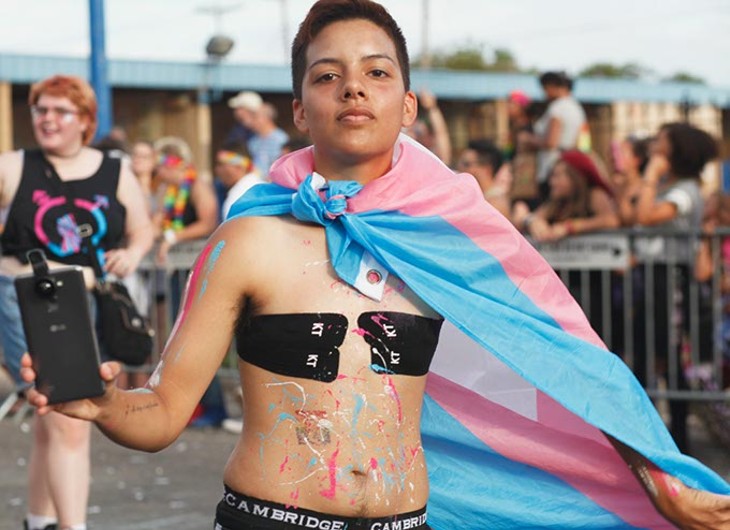 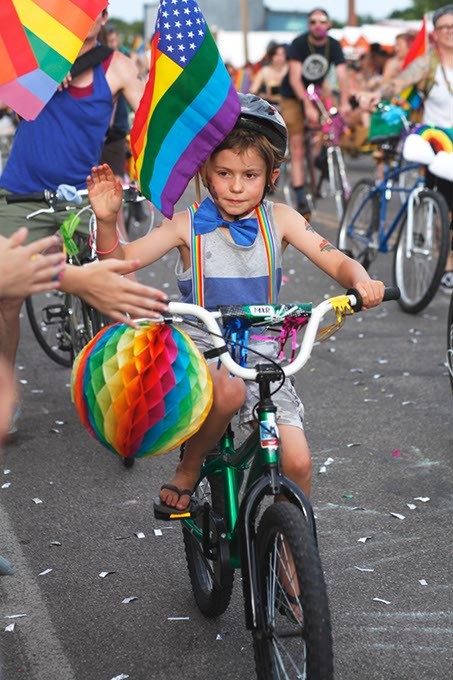 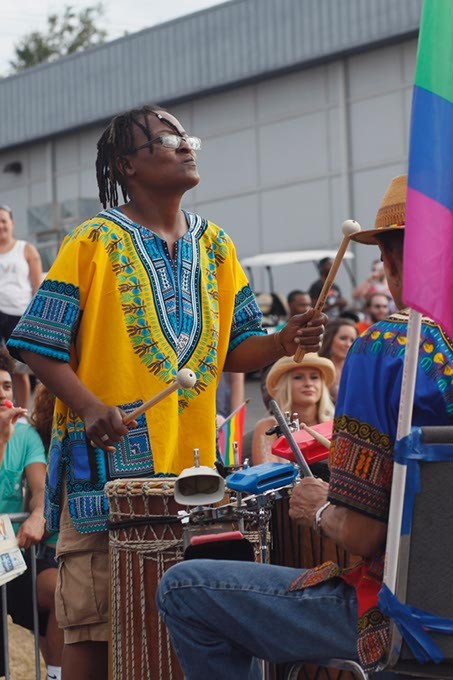 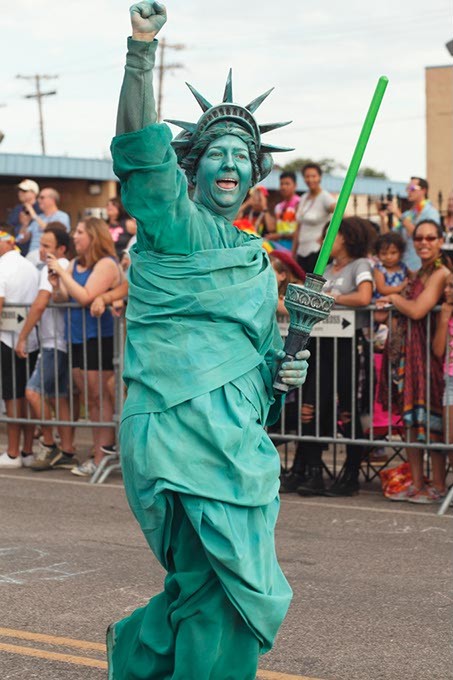 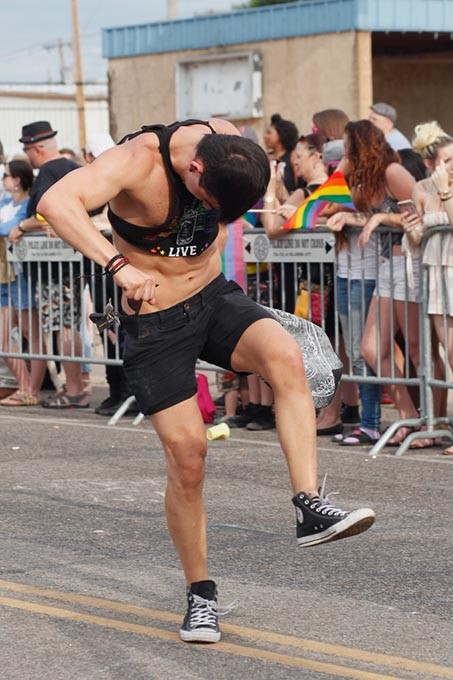 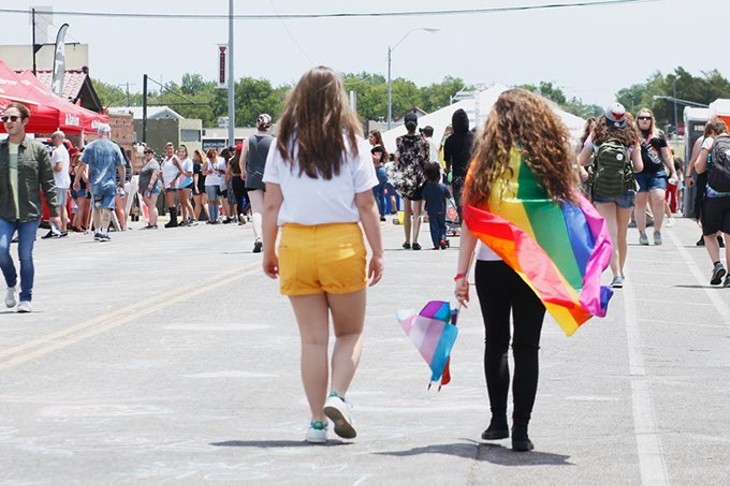 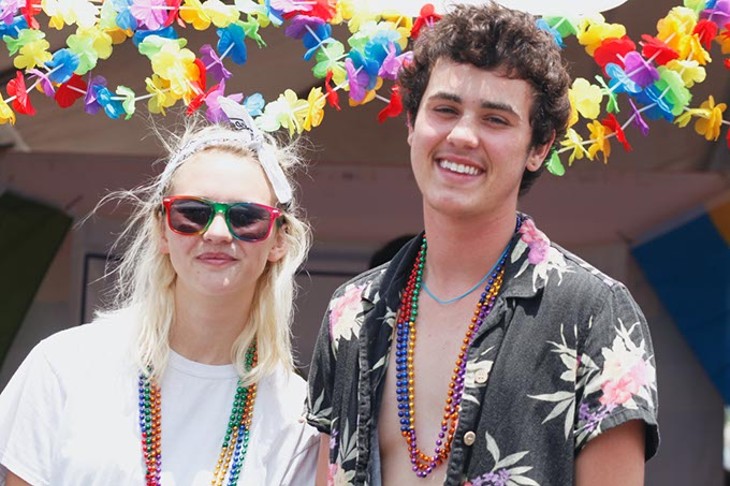 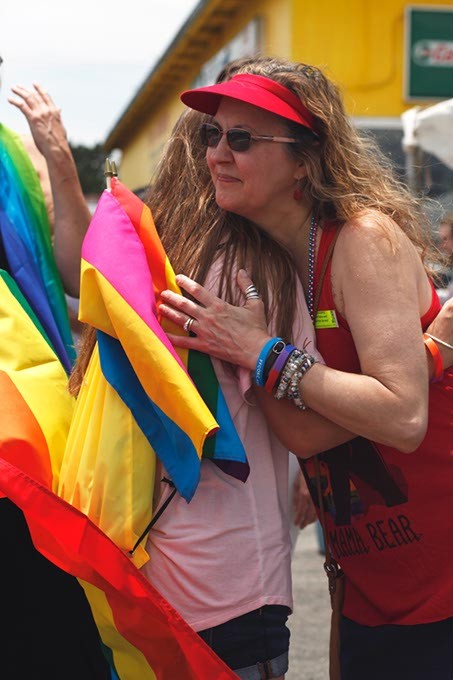 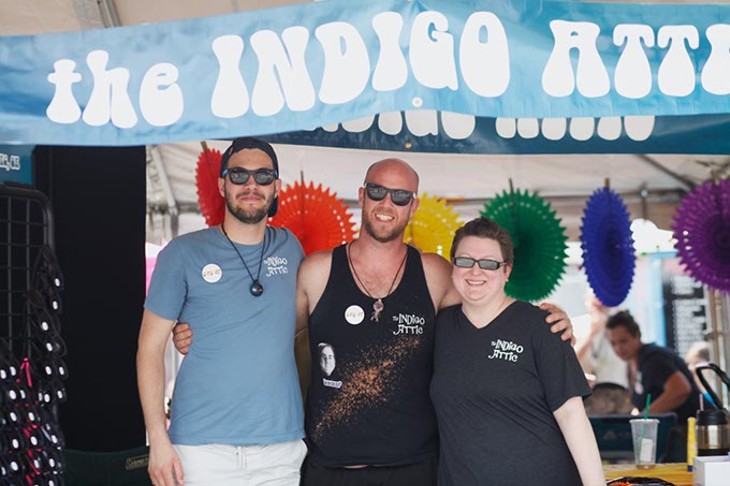 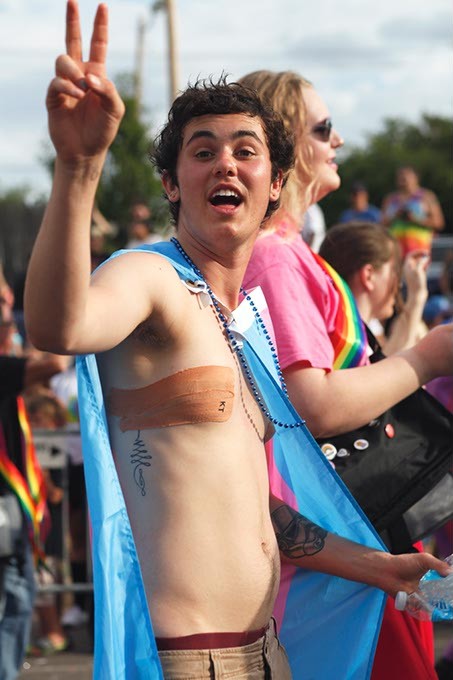 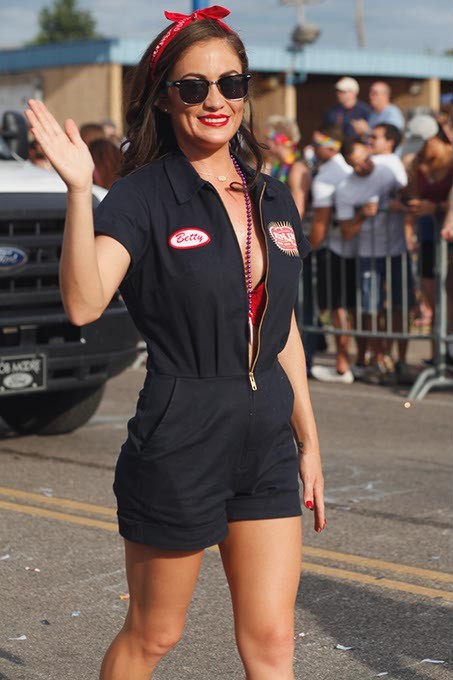 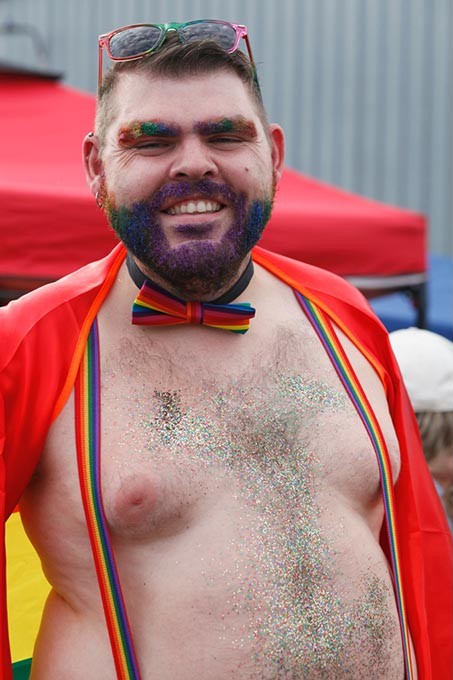