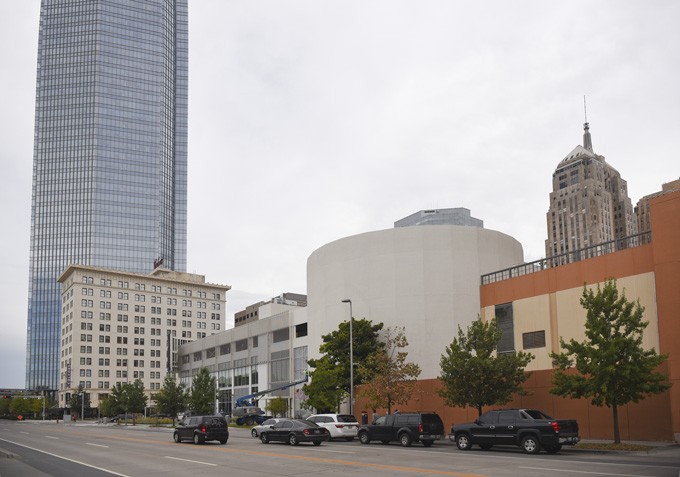 Through combinations of past city planning initiatives, successful efforts with private industries and organizations, along with civic pride, downtown Oklahoma City has emerged as a word-class district.

In efforts to continue the momentum and direction of past development policies, the City of Oklahoma City Planning department created a new policy to define the vision of downtown and guide its future growth.

The planning department views it as a “developer’s guide” and a policy document that property owners, private industry leaders, architects, city leaders and design review commissions will turn to when deciding future projects.

The framework, which is not a plan, is the first of its kind for the city. It does not call for specific projects, but instead defines downtown areas and districts with the ideal type of development, explained Ian Colgan, OKC’s assistant planning director.

“This document is very much meant to be a message and a partnership with the development community,” Colgan said during a special presentation with members of the Urban Land Oklahoma Institute on Sept. 14. “By it’s very nature, it is a message of what we want. Without that message, development is possible, but can be a lot harder when (developers) don’t understand what (the city) wants to happen in different areas of town.”

The framework garnered the approval of the city’s planning commission and will appear before the nine-member Oklahoma City Council for a vote Tuesday.

The framework links together past planning efforts, such as the Downtown Streetscape Master Plan and Project 180, with newer visions for downtown. It also intends to inspire decisions for downtown revitalization, clarify design standards and better integrates land use and transportation in development projects.

Colgan expects Oklahoma City decision makers, those that serve on design review and planning commissions, to look to the framework before moving to approval on development plans. For successful implementation, the framework must be incorporated in all city planning decisions, which could pose a challenge with the volume of plans submitted for review.

“If you don’t consistently connect this type of document into the day-to-day work of the city and other organizations, you will always lose connection with a vision,” said Colgan when addressing challenges. “It is up to us collectively to always connect those decisions with a theoretically adopted plan.”

The framework encompasses the downtown area beginning at the Oklahoma River and continuing to NW 13th Street. That area already consists of a range of development and the framework breaks the development into seven typologies, which include downtown core, high intensity mixed use, commercial corridor, general urban, special destination historic, special destination new and neighborhood.

Each typologies focuses on types of structures, architecture styles as well as building height requirements. Street frontage, pedestrian and vehicular traffic, and parking are also explored in specific typologies.

To create the framework, the planning department and the Public Works Departments collaborated with Downtown Oklahoma City, Inc., the Alliance for Economic Development of Oklahoma City and the Greater Oklahoma City Chamber of Commerce.

A vote of approval by the council would push the plan into implementation. As an adopted document, the framework is a strategy for downtown, but not binding. However, the city planning office will use the framework to have conversations with developers, Colgan said.

Feedback from various downtown property owners, developers, business leaders and design review commissions was characterized as positive by Colgan, who acknowledges aspects of the framework may need to be tweaked as downtown evolves.

In the mean time, the planning department is also tasked with updating the Downtown Streetscape Master Plan. The goal is to replace the plan with a Downtown Street Design Manual.

Continued planning initiatives, coupled with support by private industries and groups, will keep Oklahoma City on the path to continuing innovation.

Print headline: On the path, A new policy document sets a course for downtown development.