With Love Never Dies, Andrew Lloyd Webber expands the world of The Phantom of the Opera, returning to its characters and their choices in love, song and locale. 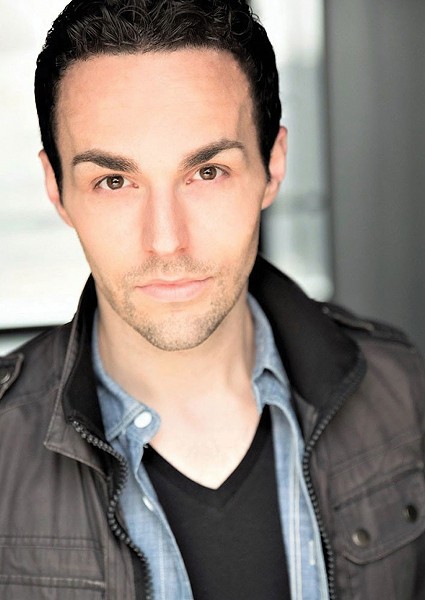 Some stories don’t die, even after their official end. They continue on, propelled by narrative, strong and dynamic characters and, in the case of Love Never Dies, by song.

The Andrew Lloyd Webber sequel to The Phantom of the Opera will be presented by OKC Broadway at Civic Center Music Hall, 201 N. Walker Ave., Tuesday-Nov. 18. Tickets are $27 to $101 and are available via okcbroadway.com.

Love Never Dies picks up 10 years after the end of The Phantom of the Opera, when Christine departs with Raoul on a boat, leaving the Phantom alone to disappear.

“We find out in the first few minutes of the show that Madame Giry and Meg Giry helped smuggle away the Phantom to New York,” said Bronson Norris Murphy, who plays the Phantom on the show’s North American tour. “The Phantom has become the proprietor of Phantasm, on Coney Island. He’s built a circus or freak show, a vaudeville house where he displays oddities and dance revues. It feels like he created a world where he fits in.”

Christine also makes the trip to New York for the first time, to open the Oscar Hammerstein Opera House. The Phantom discovers this in the newspaper and decides that he must see Christine again.

Although the Phantom has carved out a world for himself at Phantasm, he has been suffering from a creative block.

“He hasn’t been able to compose anything. There’s no music in his life. For a genius composer like the Phantom, having writer’s block is a problem,” Murphy said.

After intervening and rearranging in a few places, the Phantom reunites with Christine for the first time in a decade.

“From there, the rollercoaster runs its track,” Murphy said. “You see their rekindling, if you can call it that.”

The 10 years that have passed between the Phantom and Christine have also wrought a great deal of change: Christine has a son, and Raoul has become drunk and abusive. Murphy said the show boils down to a central, familiar question for fans of the Phantom: Will she sing?

Unsurprisingly, music plays a central role in Love Never Dies, just like in The Phantom of the Opera and other Andrew Lloyd Webber shows. Bombastic and full of emotion, the songs help convey what, for the Phantom and Christine, might not be communicable any other way.

The show opens with “Till I Hear You Sing,” which Murphy described as “a huge ballad.”

Other favorite songs for Murphy include “The Beauty Underneath,” a “head-banging” song full of rock guitar and drums, as well as his duets with Christine in Act I.

“I love the duets I have with Christine in Act I,” Murphy said, “and in between them, the whole world kind of spins. Our stage is on a revolve, and everything moves.”

"You see their rekindling, if you can call it that."—Bronson Norris Murphy tweet this

Bringing early 20th-century New York to life on the stage was, fittingly, a massive undertaking. Murphy said that most touring shows usually have six or seven trucks for the staging, costuming and technical equipment; Love Never Dies travels with 14-15.

“The visual appeal of this show is applauded because it is just grand,” Murphy said. “It’s beautiful, it’s colorful, it’s bright. The lights are incredible, and it all goes to help tell the story.”

Murphy said one of the show’s designers has been quoted as saying she can’t draw a straight line, so there aren’t any on the stage. Rather, the major set pieces are curved, lopsided and fantastical in order to evoke the otherworldly excitement of Coney Island. The stage spins and rotates and includes major pieces like rollercoaster tracks, balconies, carousels and circus tents.

Both the set design and the show itself bring the bright lights of the Big Apple to shows across the country — a part of his job that Murphy loves.

“Not everybody can make it to New York to see a Broadway show, so we get to bring the show to your backyard and open the world of Broadway up to Oklahoma City audiences,” he said.

Several elements of Murphy’s own professional career have helped him keep up with the rigorous demands of touring and performing the musical. Murphy studied at the graduate level at New York University, where he learned the mechanics of singing and he was cast in a regional production of Cats that began his long career of Andrew Lloyd Webber musicals.

He later would play Raoul, among nine other roles, in The Phantom of the Opera’s Broadway production. Murphy’s wide-ranging familiarity with the world of the Phantom and its various inhabitants provided him with a keen, ever-shifting awareness of the show and its sequel.

“I like to keep my mind busy, and I like to be surprised with what [I’m] doing,” Murphy said. “But here, I’ve been able to really form a complete, whole character that carries to the show and do the same thing every night while still finding new ways to tell a story and keep it fresh.”

Murphy said he met Webber during work on this production of Love Never Dies and the quality of supervision on his shows is part of what makes them so excellent.

Given his immersion in the fantastic and phantasmagoric world of the Phantom for several years, Murphy said that show is a combination of continued hard work and a complete dive into the artistic realm.

“You just surrender yourself to the story and the story will lead you to the physicality and the vocal demands,” he said.