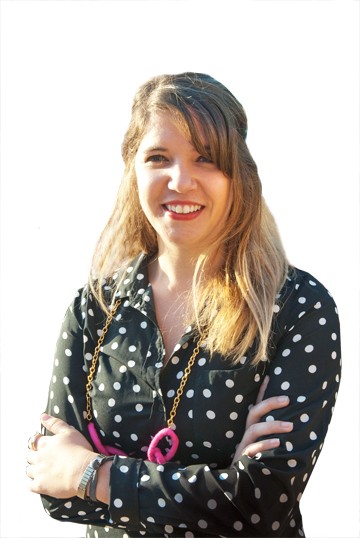 Plaza District Festival funding will come from a somewhat unusual but appropriate source: you.

Sponsored by YOU uses crowdfunding to supplement donations from corporate sponsors as a way to offset costs for the annual Plaza District Festival, which began in 1998.

Cayla Lewis, Plaza District executive director, said the concept encourages the community to get involved in ownership of the festival.

“By accepting microdonations from individuals, we’re giving our friends, family members, Plaza patrons, regular customers and clients the chance to give, the chance to be a sponsor of our festival in ways that sometimes can’t happen at a sponsorship level,” she said.

The microdonations will not replace corporate donations. Sponsors like Fowler VW and Oklahoma Employees Credit Union will still participate and be included on signage and promotional literature.

However, in addition to corporate sponsors, the print materials will now include Sponsored by YOU donors in the list.

Crowdfunding is particularly effective in generating revenue for artists and musicians, but asking people to invest in an event like this one is a fairly new idea.

Lewis is not aware of other campaigns like it, she said.

To create a more concrete connection between the people and their support, Lewis has a couple of ideas, one of which is to create a paper chain with all donors listed on it.

It will be strung across the Plaza during the festival.

The other idea is to designate how money is spent. In religious studies related to millennials, researchers found that young people scrutinize how funds are spent far more carefully than preceding generations, so accountability is key to getting them to give.

“We want to include levels along the lines of $120 pays for one tent for the festival, $40 pays for extension cord,” she said. “We will have levels as low as $5 too. Through this, we can showcase how much actually goes into festival planning and lay out the nuts and bolts through these levels.”

Rather than using a platform like Kickstarter, donations are accepted on the Plaza District Festival website, plazadistrictfestival.com.

A link has always been available, but the Sponsored by YOU information is new.

Donations close at noon Sept. 11, right before Live! on the Plaza begins.

Whether or not microdonations will be part of the long-term strategy depends on the success of this campaign.