Kristen Vails, who has spent the last several years as one of Oklahoma City’s urban pioneers, will step down from her post as executive director of the Plaza District. 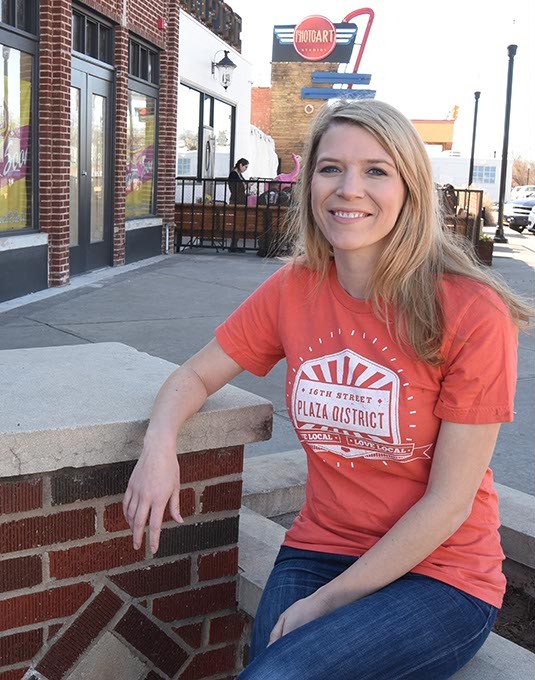 Kristen Vails, who has spent the last several years as one of Oklahoma City’s urban pioneers, will step down from her post as executive director of the Plaza District, a commercial hub on 16th Street that has become a model for neighborhood revitalization.

“I was just kind of getting to a point where the district is going so well and we have a great board and good staff, and I felt like it is able to go on without me,” Vails said.

Vails accepted a position with Fowler Holding Company, where she will manage sponsorship and community projects.

Vails became director of the Plaza District Association (PDA) in 2008 and helped promote the neighborhood, attract dozens of restaurants and shops and host the Live on the Plaza art walk and the annual Plaza District Festival.

“We had had just a few Live on the Plazas, and I remember there was someone there with a stroller, a young family,” Vails said. “I had to run and grab my camera because I couldn’t believe there was a family down there. That was a real defining moment.”

The district, which celebrated its 16th anniversary last year, has become one of the city’s most pedestrian-friendly thoroughfares and is home to several popular establishments, including Empire Slice House, Saints and The Mule. Once a thriving commercial area at the end of a trolley line in the 1920s, the neighborhood slowly lost businesses and residents until it was known for crime and blight in the ’80s.

While the PDA formed several years before Vails arrived, she is credited for its latest era of cultural and business revitalization.

“We all playfully called her the ‘Plaza mom’ because she was owning this thing so much as far as being the catalyst between everyone who was acting in the Plaza District,” said Kenny Deason, a board member and co-owner of District House, a neighborhood coffee shop and deli. “All we ever saw her doing was hustling and working hard every single day.”

Deason said he hates to see Vails leave but feels her work set the neighborhood on a stable foundation.

“Kristen is leaving with the Plaza District in such a place where there is leadership that has been developed, and she is leaving it with a very mature and vibrant and active board of directors in place,” Deason added.

As news of Vails’ departure spread, social media comments highlighted the roles she played in not only transforming the neighborhood but also serving as a leader in the urban renaissance taking hold beyond downtown. Vails also has been involved in several place-making projects, including Better Block OKC.

Over the past several years, the area also emerged as a creative hub as art galleries opened and hosted festivals highlighting local artists.

“To me, its the most organic of all the arts districts that we have [in OKC],” said Stephen Kovash, who operates Istvan Gallery a few blocks away. “The Plaza seems to have a lot more opportunities for start-up artists and the kids getting into the business. It’s also one of the most diverse neighborhoods in Oklahoma City.”

Kovash, also on the Plaza District board, said he viewed Vails as not just a leader but someone who got involved in any project that helped promote the area.

“She’s been a cheerleader and instrumental in bringing a lot of the top-shelf businesses that we have in there,” Kovash said. “I remember she was in DNA Galleries [before it opened], scraping paint and helping them launch. Now they are one of the most vibrant art gallery retail stores in the city.”

The Plaza District also helped promote urban development through its Urban Pioneer Awards, which honored Midtown Renaissance for its revitalization work across the city last year.

While Vails gets a lot of credit for the district’s success, she said the vibrant community is made up of many different people and she is excited about its future.

“I think [the Plaza District] is a great model for other areas, and it’s taken so many pieces to make it work and I tell that to so many other [neighborhood] managers,” Vails said.

Vails’ final day is March 31. She starts with Fowler in April.

“You could not overstate her role in this neighborhood,” Deason said. “We all hate to see her go, but like she said, the Plaza District is in such a strong place right now and will continue to grow.”