The second patient event held at the Capitol this legislative session occurs on Fat Tuesday. 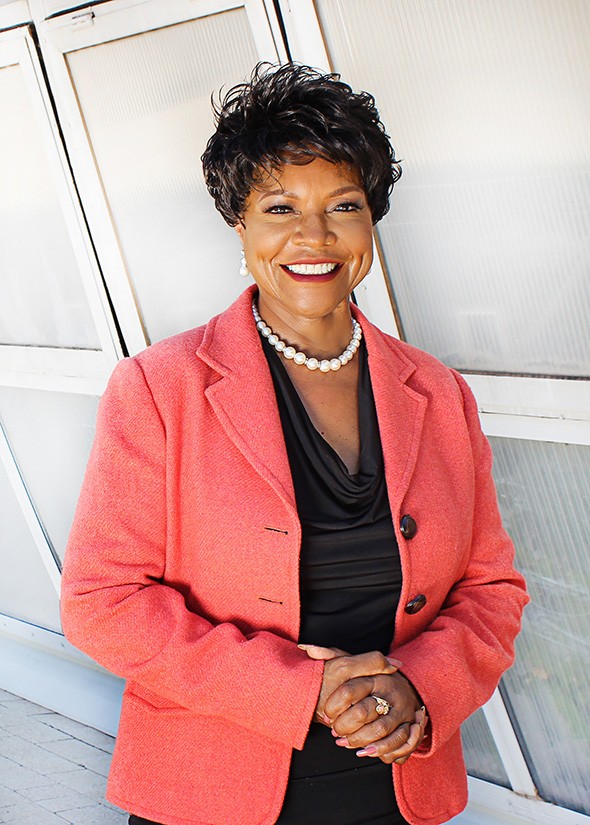 This year’s Fat Tuesday is going to be a little different, with a free patient drive and celebration scheduled outside the Capitol.

Former state Sen. Connie Johnson, D-Oklahoma City, is spearheading the event, which will also continue through the week and is operating under the #OMG2020 hashtag.

Johnson represented District 48 from 2005 to 2014 and lost in the 2018 gubernatorial primary. She was also an outspoken proponent of cannabis for decades before State Question 788 passed.

The Mardi Gras event is Feb. 25 on the south plaza of the Capitol from 10 a.m. to 2 p.m. and will include a free patient drive, vendor booths, presenters and entertainment. Medical cannabis advocates and supporters will also spend time visiting their legislators’ offices throughout the day.

“I think it was essential because
no one was talking about it.”
—Connie Johnson tweet this

“We want to create a Mardi Gras atmosphere on the plaza for people to come out and celebrate, so that’s how we came up with that date. Now, we’ve also talked about doing rallies every month just to get people comfortable with coming to the Capitol and talking to their legislators,” Johnson said.

The event was timed strategically as bills come out of Senate and House committees and move into the second phase during the session.

“By this time, constituents will have some idea of whether their legislator supports or opposes progressive medical cannabis policy in Oklahoma,” Johnson said. “Our goal for #OMG2020 is to help medical cannabis advocates learn how to hold policy makers accountable about the issues that matter most to them and how to voice their concerns when it comes to voting. Numerous legislative and other sourced policy proposals — ranging from creating a separate free standing medical cannabis agency to regulating and taxing recreational marijuana — are up for consideration by Oklahoma voters in 2020. The level of non- or mis-education and awareness among policy makers about medicinal cannabis is exceeded perhaps only by the level of non- or mis-education and awareness among constituents about politics and the political process. #OMG2020 represents a moment in time to level the playing field with good and true information within both groups and to end the gullibility that comes with misinformation.”

With the legislative session in full swing and dozens of bills that will affect the medical cannabis industry in play, this is already the second event linking voters with their elected representatives since the session began earlier this month.

“We’ll be around the Capitol that day, with people visiting their legislators, finding out where they stand on the remaining legislation that’s still alive. The rally that they had is kind of the front end of the process and the stage where bills come out of committee and we’ll have a better idea of what made it through and people will be able to question their legislators directly about their positions on bills,” Johnson said.

The presenters on the stage on the south side of the Capitol will speak on various topics from both inside and outside the cannabis industry, such as economics and criminal justice reform.

Johnson, who is also a medical cannabis patient, has been trying to bring cannabis as health care to the Sooner State for years but jumped into the deep end of the pool with her ballot initiative petition drive in 2007 to get cannabis legalized in the state. Back then, she wanted to allow people to possess 1 ounce of cannabis recreationally or 3 ounces for medicinal use with a $7 tax per ounce on recreational cannabis. She has long quoted Genesis 1:29 as her faith-based activism for legal reform. It states, “And God said, Behold, I have given you every herb bearing seed, which is upon the face of all the earth, and every tree, in the which is the fruit of a tree yielding seed; to you it shall be for meat.”

“My journey, starting in 2007, just kind of came into it. The history of it, going back to the Bible, to medicinal uses in the past, to the 1937 Marijuana Tax Reform Act. Fast forward to more drugs and mass incarceration and the private prison industrial complex in Oklahoma and then we get to me and my goal, which was related to grandparents raising grandchildren due to over-incarceration of their mothers and fathers for simple possession of drugs and predominantly marijuana or cannabis,” she said. “And words matter. So we’re trying to get cannabis in the mix and quit saying ‘marijuana’ as well. But cannabis and all of the wonderful aspects of this plant that God created is just beginning to be revealed and we’re just now becoming able to get more research into it, but there’s thousands of years of history of the use of this in a medicinal way.”

While her petition failed in 2007, she continued to push for cannabis reform during her legislative tenure, each effort slowly gaining more steam, eventually paving the way for State Question 788.

“I think it was essential because no one was talking about it. I got six calls when I first introduced the bill, and most of them were, ‘What have you been smoking?’ And then two years later, I introduced it again and I got maybe 50 calls and again the majority, ‘What have you been smoking?’ And then in 2011, the worldwide web hit and once I introduced the bill, within an hour, there were like 600 statements on the internet about the bill,” Johnson said. “So I really believe, from 2007 to 2011, what we had was the unwillingness of the media to pay attention to and cover that issue.”

That was when people also started showing up at the Capitol. Since then, medical cannabis took a more personal turn in her life, making her mother’s final days more peaceful.

“The greatest interaction, the greatest touch of cannabis in my life, came when my mother was dying in 2018. After the governor’s race, I went home to be with my mom who had fallen and broken her hip and would never walk, sit or stand again. I went from candidate to caregiver,” Johnson said. “But at the same time, I had friends in the industry who supplied me with CBD oil with high THC, which technically was illegal, but I gave my mom that oil two to three times a day. She wasn’t on opioids. That was her greatest fear, having to be on opioids and be loopy in the brain. She said, ‘I don’t want to be loopy.’ We gave her that medicine every day. She slipped away peacefully — no pain, no drugs.”