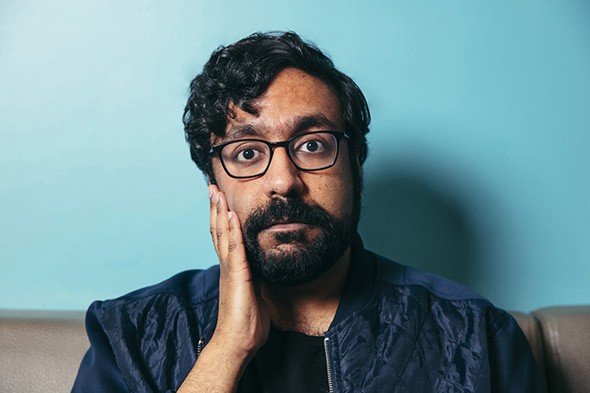 Kondabolu — who performs 8 p.m. March 12 at The Paramount Room, 701 W. Sheridan Ave. — offered some advice for people who take his more political material personally in his 2018 Netflix special Warn Your Relatives.

Oklahoma Gazette: As you’ve added more personal material to your act and just as you’ve gotten better as a comic over the years, has it gotten easier to play harder rooms where people might disagree with you?

Kondabolu: I don’t think I could have done it 10 years ago. I don’t think I was as skilled as a performer. Let’s say there was a heckler or someone who fiercely disagreed. I would have probably just gotten really angry. … You have to remember that it’s not an echo chamber. You’re not performing into a vacancy. There’s something about performing into the void when it’s dark enough that you almost forget these are human beings, right? … It took awhile to be able to get out of my head. You have to be in your head in order to remember the jokes, but if there’s any disruption, you can give yourself a second to think and respond. … It almost makes those interactions fun. Almost. It’s a moment where the room is a bit more alive.

OKG: Do you change your act at all depending on where you are?

Kondabolu: Not drastically. Bits and pieces. Sometimes you get so used to playing East Coast cities or Brooklyn, you just make these references … and you’re like, “Nobody knows what the hell this is.” … It’s fun to bring in local stuff because every city has their weird things or historical things that are strange or bizarre. … I think the audience knows you give a shit. Because I do give a shit, I want every show to be a special show.

OKG: If personal stories make controversial opinions easier to relate to, do you think that a lot of the people who are angry about The Problem with Apu haven’t actually seen it?

Kondabolu: 100 percent. … Part of it was to personalize the experience and explain it, as a Simpsons fan, as a child of the ’90s, as a South Asian American, laying it all out there and then going after the argument, or at least having a deeper discussion. But if you don’t see the film, all you hear is, “Somebody hates this thing,” and then the argument feeds itself — “Political correctness.” “Everyone’s too sensitive.” “They’re trying to destroy everything.” …  That’s not at all what the film is trying to do. … It’s kind of ironic because it kind of feeds exactly into the point I’m making. When you have limited images or ideas about something, you draw inferences that aren’t true.  … I’m getting a lot of people posting pieces of beef on my Facebook wall or sending me tweets because they know I’m Hindu and they think that’ll hurt me in some way. And it’s like, “Yes, this is what happens when your only image of Hindus is from The Simpsons.” … I knew there would be some pushback, but I foolishly assumed that it would be in good faith. You start to realize that’s not how things work.