Pool closing leaves some with no options, petition to keep it open started online 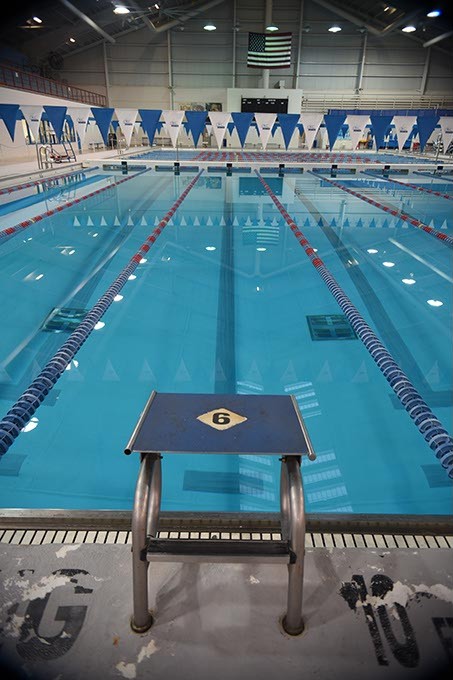 “People were asking, ‘What are we going to do now?’” said Clifton, head coach of Mustang High School’s swim team. “It’s kind of like a tornado went roaring through.”

Clifton has grown Mustang’s team from a handful of local club swimmers seven years ago to more than 70 athletes today. Mustang and eight other high school teams rent lane time at OCCC because their districts don’t have pools. Once the center closes, Clifton said ripples will be felt throughout the swimming community.

“People don’t realize how huge swimming is. There are schools across the state that are begging for a place to go practice,” Clifton said. “There’s a solution out there. We just have to find it.”

OCCC announced on April 15 that it would close the aquatic center. An online petition asking officials to keep the facility from closing has garnered more than 3,000 signatures as of press time.

“This decision was made following a careful review and with full understanding of the significant contribution the center has made to the college and Oklahoma City since it was built in 1989,” OCCC President Paul Sechrist said in a news release. “However, the present-day functional, operational, financial and mission realities have resulted in the decision to close the aquatic center.”

A consulting firm advised the college that the center needs $6 million in repairs and upgrades. Even if repairs were made, the facility would still lag behind many other newer, more advanced national and international facilities, according to the news release. OCCC does not have a swim team.

Additionally, the center operates at a loss of about $280,000 per year. With potential state funding cuts looming, the decision to close was necessary, said Deirdre Steiner, OCCC’s assistant director of marketing and public relations. 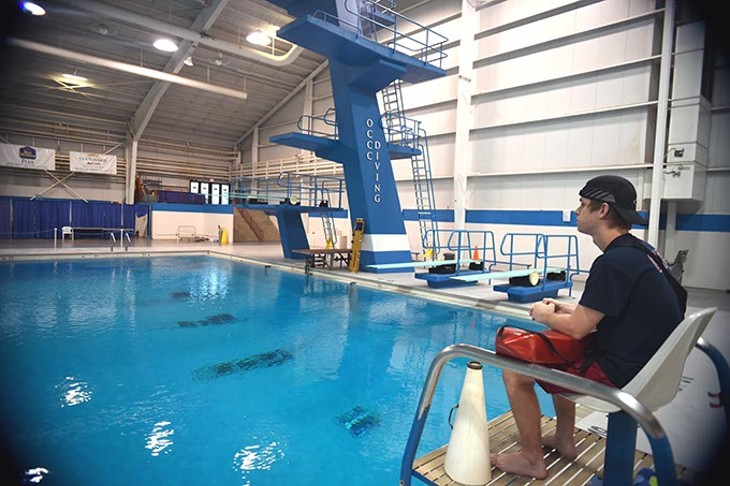 The college does not yet have plans

“We don’t want to get rid of it so we can build something else. It’s just a funding issue,” she said.

The center served as the outdoor venue for all aquatic competition during the 1989 U.S. Olympic Festival. OCCC enclosed the facility in 1991, and today, it’s one of only three Olympic-size pools in the state, including the Edmond YMCA Recreation & Aquatic Center, opened in 2014, and Jenks Trojan Aquatic Center, completed in 2011.

OBU uses OCCC’s diving well twice a week for practice because its own facility does not have a three-meter board. The aquatic center deserves to remain open, said Samuel Freas, OBU head swimming and diving coach.

“That’s given us a strategic advantage,” Freas said. “I feel obligated to the sport of swimming and diving to try to do everything I can in a humble way to try to remedy the situation.”

Freas has coached for the South African Olympic team and held college jobs at Hawaii, Arkansas and Louisiana State. He said teams can become economic generators by attracting student athletes to small colleges and venues like OCCC can be sustainable by attracting bigger and better competitions.

He’s hopeful a coalition of public and private entities can come together to keep the pool open.

King Marlin Swim Club (KMSC) also is working to find a solution. Founded in 2014 by coaches John Brown, Kathy Mendez and Josh Everett following the dissolution of Chesapeake Swim Club, which lost its corporate funding, KMSC serves more than 250 swimmers and also utilizes the aquatic center. Through its affiliation with USA Swimming, the sport’s national governing body, KMSC is working with OCCC to find ways to keep the center open.

The petition to keep the pool open can be found at thepetitionsite.com.