“We didn’t want to do just movies, you know?” Nghiem asked. “Also, his fanbase is pretty rabid, so I was a little bit intimidated doing this one.” 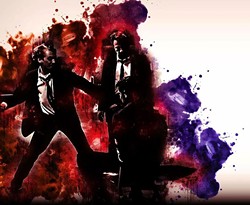 These nine films make up the current filmography of iconic, ever-controversial screenwriter and director Quentin Tarantino, arguably the most definitive writer/director of the past two decades.

From an unforgettable cast of psychopaths to lines that have reached the upper pantheon of movie quotations, the man has left an indisputable mark on the cinematic zeitgeist, a mark local comedian James Nghiem honed in on when organizing his latest pop culture-themed art show hosted by 51st Street Speakeasy, 1114 NW 51st St.

“From the costumes to the dialogue to the music to the food his characters discuss, we felt like we had a lot of things to play with there,” Nghiem said.

Set for 7:30 p.m. Feb. 25, The Legend of the $5 Milkshake: A Quentin Tarantino Art Show allows local artists to showcase imaginative artistic tributes to the works of the maestro.

“We didn’t want to do just movies, you know?” Nghiem asked. “Also, his fanbase is pretty rabid, so I was a little bit intimidated doing this one.”

Regional Food Bank of Oklahoma receives $10 from each work sold. Two of Nghiem’s past shows raised $490 for the local nonprofit. 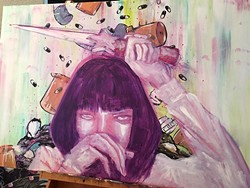 Given the expected turnout, Nghiem said overflow will be accommodated by Grease Trap Gallery, 5100 Classen Circle.

“It’s gonna be like a mini festival, which is what I’ve always wanted to the shows to be,” Nghiem said.

The Legend of the $5 Milkshake is Nghiem’s fifth show. Past themes include Wes Anderson, video game series Street Fighter and anime Cowboy Bebop.

“The first Street Fighter show, they didn’t know what to make of it. They didn’t even play Street Fighter and thought it was just gonna be a couple of weirdos,” Nghiem said. “They weren’t totally wrong, but I think they were surprised.”

“They kind of just let us do what we want and have even repainted the walls and arranged some of the space to support us,” he said.

While the show is free, there will be a suggested $3 donation at the door to compensate the band and organizers. 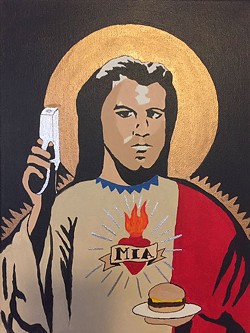 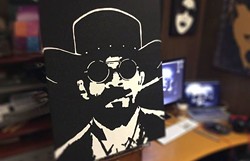 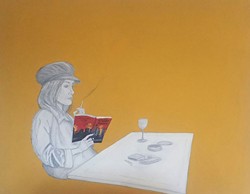 The Legend of the $5 Milkshake: A Quentin Tarantino Art Show