The new brick-and-mortar location of Big O’s Pork & Dreams dishes a family history of barbecue while helping the kids who need it. 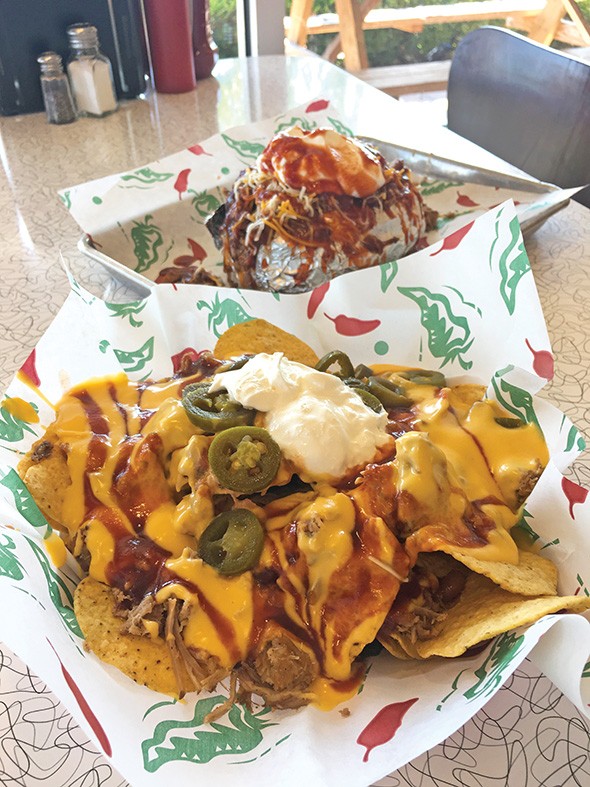 The smell of burning Oklahoma hickory wood has been in Owen Wilson’s life for so long that he hardly notices its distinct smell anymore.

The grandson of O.C. Blackwell, longtime pitmaster for Oklahoma City’s Tom’s Barbecue, Wilson got an early start on continuing the family tradition.

“Growing up as a kid, everybody has a little bicycle or something they had,” Wilson said. “I didn’t get a bicycle; [my grandfather] bought me a smoker. At the age of 12, I was doing catering jobs in the neighborhood. It was crazy.”

The family barbecue tradition is showcased at Big O’s Pork & Dreams, 285 S. Santa Fe Ave., in Edmond, which opened at the beginning of the year. The brick-and-mortar location is a continuation of Wilson’s successful food truck that invests in programs that help children in need.

It has been a winding road for Wilson and family to open Big O’s Pork & Dreams.  Wilson’s barbecue life went on the backburner for life on the gridiron. He played on the defensive line for Millwood High School and continued his playing career at Southeastern Oklahoma State University in Durant.

After the end of his playing days, Wilson started a career in another field in which he always had interest: helping those who are less fortunate. He started working with juvenile delinquents at the Betty Chase Center. Wilson and his wife Tanaka have a long-standing passion to help children. They’ve been certified host parents in the state’s foster care system for years.

“It’s second-nature to us,” Wilson said. “You get a kiddo whose mom and dad are in court and they say they don’t want him, and they’re just 6 years old. That’s got to be devastating.”

Wilson found a way to help kids and use his knowledge of the game he loves by coaching football. He started by working with little league and quickly gained notice from area coaches, first working with Sequoyah Middle School and then moving to coach defensive line for Edmond Santa Fe High School the next year.

He coached defensive line for the Wolves while also working for the school district, eventually making his way into Project HOPE — a credit recovery program for at-risk students who are in danger of dropping out.

Reaching out to children in need is one of Wilson’s passions, and it has continued to his barbecue business. He rekindled the family tradition — first by going across the metro with a smoker attached to a 16-foot trailer, hawking smoked turkey legs and hot links about eight or nine years ago. 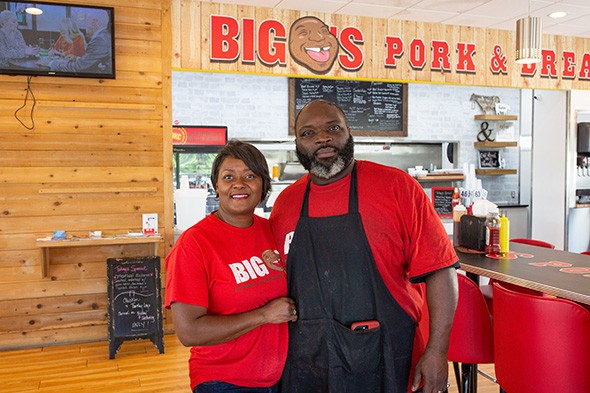 “Before you know it, the fire marshal pulls me over and I’m thinking, ‘Oh my god! I’m in trouble. I’ve got an open fire,’” Wilson said. “He asks if I’m the turkey leg man. I said yeah, and he said, ‘Can you go to precinct 3,4 and 5 to drop off turkey legs to those guys?’”

He upgraded to a food truck and launched Big O’s DreamCAST Development Program, which works with local schools to identify students in need to enter Big O’s apprenticeship program that works with them to identify short-term and long-term goals and sign a personal contract of integrity.

The first year of the food truck, $2 of each lemonade sold went to fund a college scholarship for a student who wanted to attend college but otherwise couldn’t afford it.

“We raised about $2,000 that first year, were able to pick a kid and presented it for him to go to school,” Wilson said. “We’ve helped between four and six kids over the years. It’s been a blessing.”

Some of the kids in the DreamCAST program are employed at Big O’s, and others participate in community events such as a Thanksgiving turkey drive that Big O’s sponsors with former NBA player and Edmond native Ekpe Udoh.

After five years of burning the candle at both ends — operating the food truck and coaching at Santa Fe — Wilson made the full-time leap to Big O’s in September 2018.

The food truck remains operational for large events and private catering, but Wilson knew it was the right decision to make when he saw the brick-and-mortar location near the corner of Santa Fe Avenue and Edmond Road.

“It’s been going wonderfully,” he said. “Having been an asset in the public schools for 20-something years, the clientele was already there with the food truck. When I found this spot, I thought it was perfect because it’s down from the street from two schools [Santa Fe High School and Washington Irving Elementary].”

The smoker is located outside of the restaurant because Wilson said he doesn’t want people to  worry about smelling like hickory smoke if they leave the restaurant for another event. He gets hickory brought from throughout the state from farms in Meeker and near Shawnee.

“A lot of people have gotten away from regular stick wood,” Wilson said. “They’re using propane, convection ovens. I’m old-school and make kindling with newspaper and do it every day.”

"At the age of 12, I was doing catering
jobs in the neighborhood."
— Owen Wilson tweet this

The Rollie Ollie is a sandwich piled high with a choice of pulled pork or brisket, potato salad, baked beans and either a hot link or Polish sausage. Its name is from a time in high school when Wilson made a tackle despite falling down by rolling into the ball carrier.

He added barbecue pizzas to the menu at the brick-and-mortar with a fried shell topped with a choice of meat and melted cheese. Big O’s also offers barbecue nachos, loaded thick-cut fries and huge baked potatoes. The Fat Butt potato checks in a 6-8 pounds and is topped with butter cheese, a hot link, choice of pulled pork or brisket, grilled onions and jalapeños with two thick-cut pork ribs, baked beans and sour cream.

Wilson misses game days as a coach, but not the Monday-Sunday commitment that comes with a 6A program.

“I think I cried that first day because I was able to meet my daughter at the bus stop,” he said. “This is my baby daughter. My oldest daughter, I never did that because I was always coaching. When I met her at the bus stop, she was like, ‘Dad, what are you doing home? Don’t you have practice?’ I told her I wasn’t coaching anymore, and she started crying too. I missed out on a lot of little stuff like that. A lot of coaches don’t realize there is life after coaching, and I had to figure it out that way.”