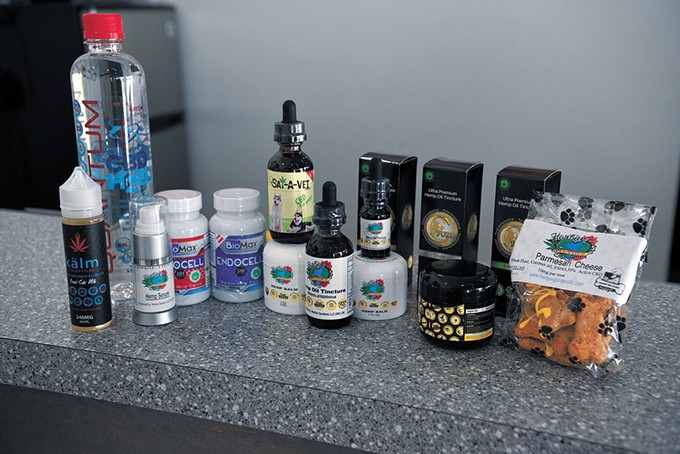 For decades, the only reality Hector Najar knew was one with unrelenting back pain. The first time he felt any kind of relief from the degenerative disc disease and chronic arthritis in his back and neck was on a visit to the High Times Cannabis Cup festival in California.

A vendor approached Najar and asked him where he hurt. Najar, a United States Air Force veteran, told him all over his back and all the time. The vendor sprayed cannabidiol — or CBD oil — solution on his back, and within 15 seconds, Najar felt total relief.

“I bought a bottle of that, and I brought it home,” Najar said. “I hoarded that; I needed it. And my products do the same thing today.”

Current Oklahoma law permits the sale of CBD products, which do not get users high. Voters will hit the polls June 26 to decide on State Question 788, which would allow the full legalization of medical marijuana and products that include tetrahydrocannabinol (THC), the compound that gets marijuana users high but is also used for health and medicinal purposes. 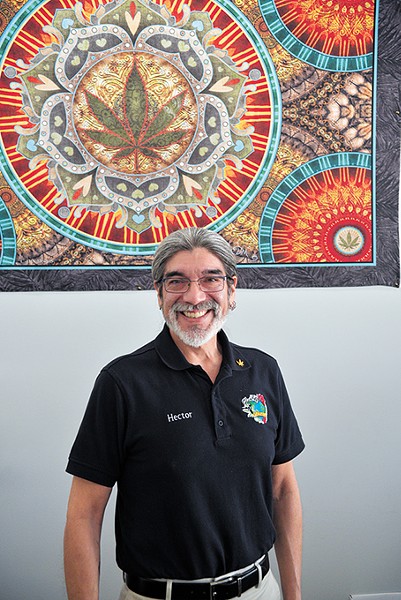 Through a process some call the entourage effect, the healing properties of CBD products are said to be enhanced through the presence of THC — particularly when treating inflammation. THC also has several uses that are distinct from CBD.

There is a lack of federal research on the health claims attributed to CBD products, but Najar has read international studies on the compound’s healing properties and could not be any more sold on its legitimacy. He claims that use of his own CBD products have totally eliminated his chronic back pain and have led to him canceling scheduled surgeries. He also regularly sees the effect his products have on customers.

“We see people that come in here who have been in pain for over a decade and they’re on a cocktail of pharmaceuticals for pain management,” he said. “They look me in the eye and say, ‘It doesn’t work.’ And when they use my product, they say it works.”

Najar said a look at his store’s clientele, which includes many elderly, veteran and blue-collar patrons looking for relief, could erase suspicions about the use of his products.

“I don’t have 20-year-olds coming in here on Friday nights saying, ‘Hey, it’s Friday night; we want to get high!’” he said. “Ain’t nobody getting high here. Our customer base is sick and needs help. I am here to help; I am not here to get you high or stoned.”

Six years ago, the Najars were practically living out of a suitcase. Hector worked for AT&T, setting up broadband networks around the country. They travelled everywhere, and the vast majority of their meals were either from sit-down restaurants or fast-food drive-thrus.

However, Mary became sick. She was diagnosed with several digestive conditions, including gluten intolerance and irritable bowel syndrome. One day, her pain was so bad that she was rushed to a hospital emergency room, where a doctor suggested that she make some significant changes to her diet.

From that day on, the Najars were devoted to changing their lifestyle. They started growing their own food at home. Within six months of changing their diet, Hector lost 150 pounds and Mary lost 125.

The couple grew so much produce that they began selling it at various local farmers markets under the name Herban Gardens. They made so much from selling fruit and vegetables that Hector quit his AT&T job. He began attending Platt College, hoping to one day become a chef and own his own restaurant.

The Najars soon became aware of how seasonally dependent their source of income was, though.

“Summers went great selling our produce,” Hector said. “Winters, not so much.”

As a full-time student, Hector Najar did not have time for another job. As an alternative to selling produce, Mary, a licensed esthetician, began extracting essential oils from their culinary herbs for use in a new line of natural skincare products the couple began selling as rebranded Herban Mother at a Farmers Public Market booth at 311 S. Klein Ave.

Their formulations were designed to soothe the pain of skin conditions like eczema and psoriasis, and customers loved them. Hector said it was always his goal to incorporate CBD into the products. CBD was first made legal in Oklahoma in 2015, with the list of allowable products expanded in late 2017.

Shortly after Herban Mother began selling CBD-infused products in December 2016, it contracted with Can-Tek Labs as a manufacturer. Before that, the Najars made all their products by hand in their own kitchen.

With Can-Tek’s assistance and the opening of Herban Mother’s online store, business was booming. Hector said their Farmers Public Market booth was only open for a few hours on Saturday, but that was all they needed to pay all their bills.

“I would come home and my phone would not stop ringing,” he said. “We saw a demand for this product. Even when we came home on a Saturday afternoon, my phone would just continue to ring.”

Business was going so well that Najar told his wife that he thought it was time to expand into a brick-and-mortar. Najar applied the business training he received from Platt College to opening Herban Mother’s Paseo storefront in November 2017.

The Najars pawned and sold nearly all their valuable possessions to afford their permanent location. It was a risky move, but it paid off. Herban Mother has never taken out a loan and is planning to open up a second location in The Village by the end of the month.

Najar’s mother died of a glioblastoma brain tumor. After her death, Najar read several international studies indicating that CBD and THC might be useful for treatment of the tumor. The method is not Food and Drug Administration (FDA) tested or approved and, therefore, not legal in the U.S.

The storeowner feels the government is egregiously behind on its research for CBD and THC’s effect on major diseases like cancer.

“It’s time to give cannabis its due diligence,” he said. “Let’s start doing the necessary research so we can get this to the people that need it.”

If SQ788 does pass, Herban Mother will begin selling THC-infused products while continuing to offer CBD-only options to those who prefer them. It is Najar’s goal to eventually open up a dispensary, though he said such a move would become unnecessary if recreational marijuana becomes a federal reality.

Najar will wait until he has a pulse on national momentum toward recreational legalization before taking any steps toward evolving his business. But regardless, an approved SQ788 will mean THC products will be sold at Herban Mother.

“The bottom line is our product works without the THC,” he said. “But when we do introduce the THC, it is going to bring about that synergetic effect and it is going to make it that much more beneficial.”