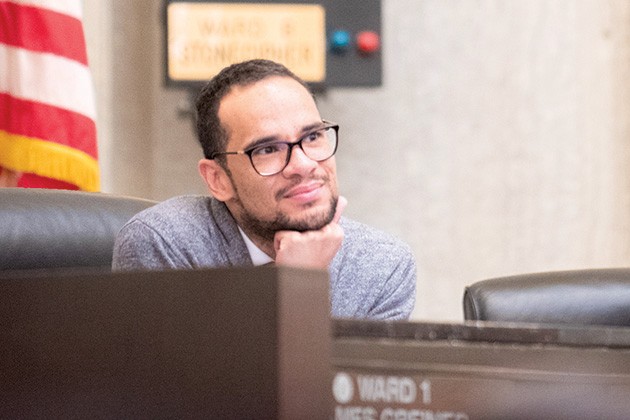 Oklahoma City Council adopted an ordinance last week amending a previous controversial proposal that would have stripped some of Historic Preservation Commission’s powers.

Months ago, Oklahoma City councilmembers David Greenwell (Ward 5) and Mark Stonecipher (Ward 8) presented a broad proposal that would have only allowed the city council to initiate any historic designation proposal unless more than 50 percent of owners asked for the designation.

Some believed this was too broad, as it took important powers away from the Historic Preservation Commission and Planning Commission.

The proposal went before the Planning Commission and returned to council “without recommendation.” Mayor David Holt helped rework the proposal to reflect what he believes to be a compromise.

“We’re not talking about any type of application where the property owner is in support of it,” he said at the meeting. “So we’re talking about the very narrow situation about temporary designations (moratoriums) that can last up to 180 days in our current ordinance that are not supported by the property owners and who can approve those. That’s what I tried to hone in on in what I drafted last week.”

“It was going to be within the purview
of city council. That’s why I never
understood this conversation.”
—James Cooper tweet this

“There had to be some sort of little delay built in, so there’s this up to 20 days where they essentially have a temporary designation automatically by virtue of the fact that [Historic Preservation Commission] or the Planning Commission started the designation process,” Holt said.

Once a moratorium is voted down, that built-in protection goes away and the property owners retain their full rights, which includes applying for demolition.

“All we were trying to achieve was the ability to bring this question to the city council to make that decision when the property owner does not want it,” Greenwell said during the meeting. “I think this achieves that.”

But regardless of the ordinance, the city council always had the final vote for the permanent designation at the end of the process. A supermajority vote, or seven yeas, is needed to pass.

Stonecipher thanked the various individuals who were part of the discussion and said the city’s agencies work best when working together. But not everybody was happy with the result. Holt asked Ward 2 councilman James Cooper for his opinion on the amendment.

“As I’ve said many, many, many, many times with this, I just thought this was a hammer to a gnat, and so I appreciate that the mayor’s language in this proposal is very narrow. I think it’s fine,” Cooper said, shrugging. “Already with the existing process, we were going to have to go up against that 7-2 supermajority at the very end, and that’s next to impossible. So already, it was going to be within the purview of city council. That’s why I never understood this conversation. … I think this accomplishes what it needed to accomplish. I look forward to addressing this more in the future later.”

Cooper also asked if other councilmembers with historic properties had thoughts on the ordinance. 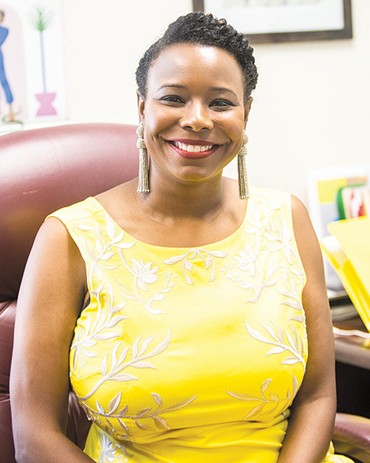 “As you know, silence speaks volumes,” said Ward 7 councilwoman Nikki Nice. “Regardless of what the amendments are or what the outcome is … there’s still the opportunity for demolition of these historic properties. And we know the history, especially when it comes to our communities in those lower income, those underserved and communities of color that have been at the disadvantage because of our properties being demolished and destroyed.”

Nice also had issue with the fact that Greenwell and Stonecipher, whose suburban wards are least affected by potential historic designations, brought the ordinance forward.

Before the vote, Cooper also asked if anyone had signed up to speak or would be willing to speak on the topic.

Cooper said he wanted to hear different people’s interpretations of the ordinance, but no one present volunteered to speak.

Holt’s amendment passed 6-3, with Cooper, Nice and Ward 6 councilwoman JoBeth Hamon opposing the measure in a show of resistance, as their vote technically meant they were supporting the previous broad language.

The ordinance was adopted 6-3 with the same councilmembers in opposition.

“The City of Oklahoma City values the identification, recognition, retention and revitalization of historic resources as a significant benefit to our economy, our environment, and to our sense of place and identity for visitors,” the presentation said, according to Oklahoma City Free Press.

The presentation lists four main ideas: to enhance public support through outreach and education, to lead by example as good stewards of city-owned and -controlled historic resources, to protect historic resources through new and existing processes and to encourage historic preservation through “enhanced used of existing and development of new financial or procedural incentives for rehabilitation and adaptive reuse.”

“[The purpose is to] comprehensively address the identification, retention, preservation and revitalization of the city’s cultural archeological and architectural resources,” according to the presentation.

The plan is not a regulatory document and does not change existing processes or procedures, but it will recommend strategies and action to achieve preservation goals.

The historic preservation plan is still under review but is expected to be voted on at the next Historic Preservation Commission meeting 2 p.m. Nov. 6 in the city council chambers, 200 N. Walker Ave.