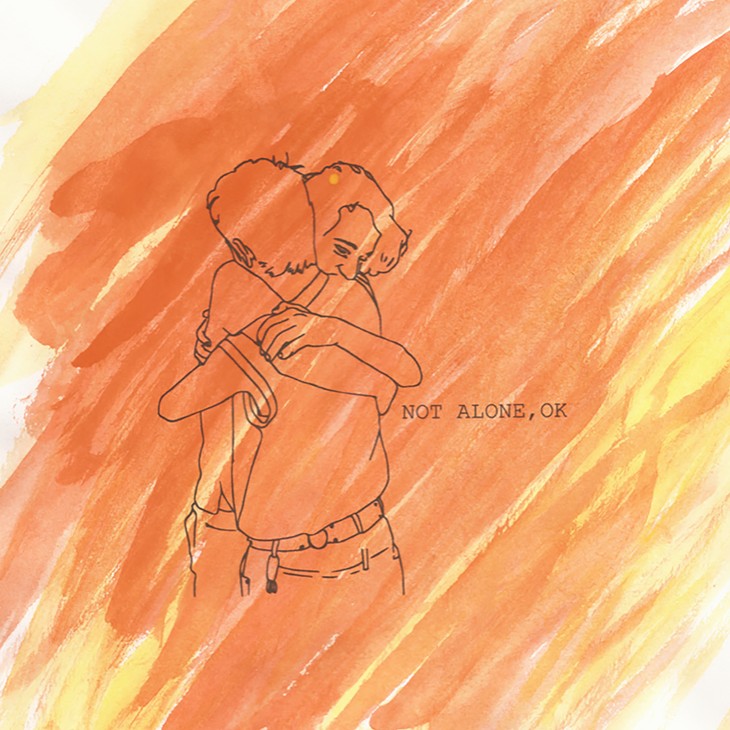 While the current health crisis has led many to experience fear and isolation, it has also provided an opportunity for people to come together in support of those who are in need. The COVID-19 crisis has been especially difficult for individuals who struggle with mental health issues. Brandon Ross, a member of the band Grandpa Vern, has developed an initiative to bring artists together in support of individuals who struggle with mental health issues.

“This is a stressful time for many people. It’s more important than ever that we band together to help support organizations that provide mental health services. What a better way to do that then with art,” Ross said.

In early April, amidst the COVID-19 epidemic, he developed a plan.

“ I was really bummed that no one could play live shows anymore to share music, so I just started recording at home every day," Ross said. "After finishing a single, I began to work on releasing it and it dawned on me. Why not use this time to help a cause I care so deeply about?”

Initially, Brandon was just going to just record music on his own for the project, but then he reached out to a few artists about creating a mixtape and they were really excited about the idea. Thus, Not Alone OK was born. Not Alone OK is a compilation mixtape of local Oklahoma artists that will be released June 5th on Bandcamp, a music streaming service. All of the proceeds from the mixtape will go to the JED Foundation, an organization that is devoted to suicide prevention for teens and adults. For the founders of JED, Phil and Donna Satow, the issue hits very close to home.

“In 1998, we lost our youngest son Jed to suicide. Since then, we have worked to understand this unendurable tragedy. Although suicide was and continues to be a leading cause of death among young adults, schools had no uniform model for preventing suicide on campus,” said Phil and Donna Satow. "Communities struggled to overcome the shame and secrecy that prevented honest discussion of mental health. Campus prevention programs were limited in scope and priority. In 2000, we founded The Jed Foundation (JED) to surmount these hurdles and launch a blueprint for prevention."

Currently, JED is one of the nation’s leading organizations dedicated to young adult mental health. When they understood the focus of the project, many bands were excited about participating and supporting an organization like JED that helps so many with mental health issues.

Brandon Ross, who helped develop the project, admitted that he also has struggled with mental health issues.

“ For me, my battle with mental health issues has been a struggle for a large part of my life. I was diagnosed with generalized anxiety and OCD when I was 14 years old. During my middle school years, it made me pretty depressed because I felt like a freak. That’s part of the problem — I felt alone in my struggle. No one was talking about things I was going through like panic attacks and stress-related health issues," Ross said. "But then I fell in love with playing guitar and it gave me a safe place to express myself. Once I discovered the DIY music scene, it multiplied that by a thousand. People were feeling and talking about the same things I felt. As an individual with severe stress issues, I found it odd that I didn’t get nervous playing in front of people. I found it to be a way for me to take the power back. I never felt stronger than when I was performing in front of people."

In addition, Brandon stated that one of the major goals of the collaboration was to make people recognize that they are not alone in their struggles. There will be many different genres of music on the mixtape — everything from hardcore punk to indie pop.

“I was surprised by all of the people that were willing to submit something to help support a project from a local artist,” Ross said. "The collection has a great selection of what Oklahoma has to offer. There are some familiar names on the mixtape like LABRYS, stepmom, Don’t Tell Dena and so many more great bands. It’s going to be a stellar album, and I really hope that it helps many individuals that are impacted by mental health issues. It is certainly a cause that myself and many other artists wholeheartedly believe in."