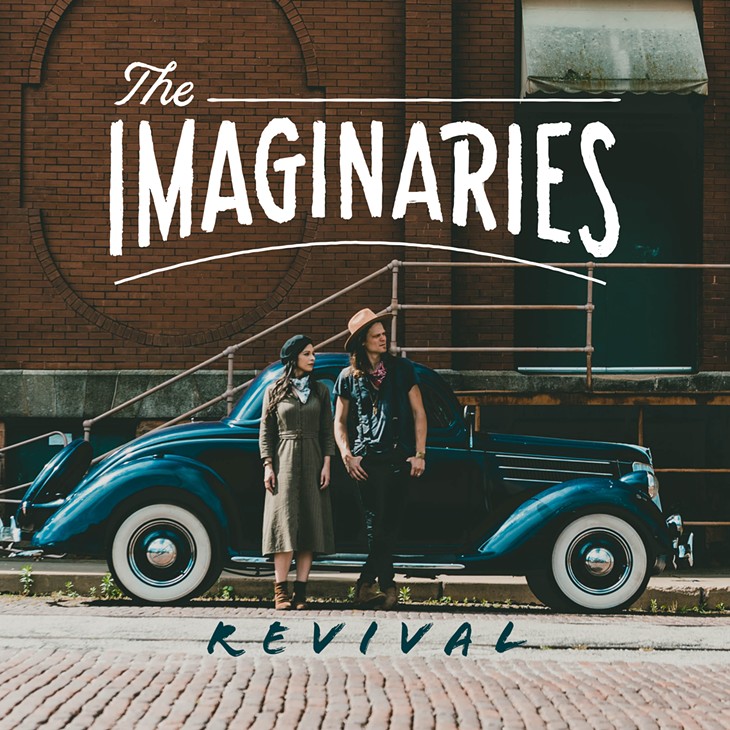 The Imaginaries were gearing up to release their debut album last year and go on tour when Shane had to have an emergency appendectomy. What seemed like a routine surgery and recovery turned into many grueling months of pain and a long process to get back on his feet to be able to perform again. Once he finally recovered the duo got the news that they were chosen to open for Brian Setzer Orchestra’s “Christmas Rocks! Tour” only to have it be canceled suddenly because Brian came down with a severe case of tinnitus. Then Maggie had to have unexpected invasive gum surgery which kept her from singing for two months. During this time, they worked diligently on booking shows for Spring/Summer 2020 to support their pending album release when Covid-19 took hold of the world.

The duo is now ready for a “Revival” out June 12. “’Revival’ is a spiritual song about finding hope and salvation,” says Maggie and Shane. “We really feel like we all need a revival of sorts in the current times we're in and throughout certain seasons in life. Our faith certainly has an impact on our lives and therefore our songwriting. The themes of this song are complete with biblical references from ‘not storing up treasures on earth,’ the warnings of ‘the love of money,’ and the mission of 'spreading the good news'.” 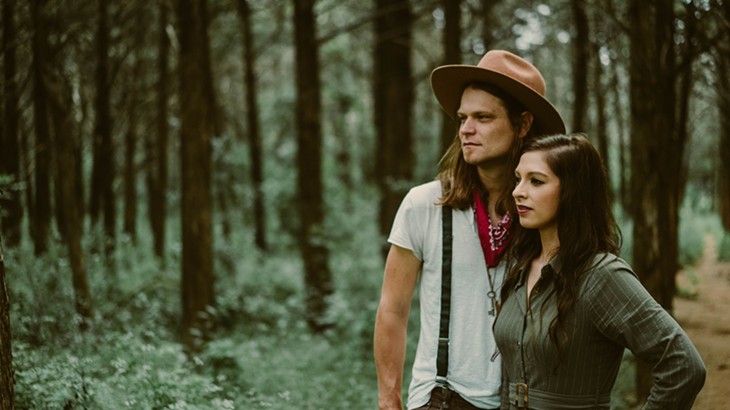 Their debut album serves as both an introduction to The Imaginaries’ music together and the beginning of their journey as a band after both singer songwriters have had their own successes as solo artists. Growing up in Oklahoma, Maggie from the large city of Norman and Shane from the tiny 700-person town Verden, both caught the music bug early and built their solo careers racking up quite a few milestones along the way. Maggie has opened for Sara Bareilles and Walk Off The Earth and has had over 45 original song placements. She also had a small recurring role on ABC's The Middle and was cast in the Disney show Violetta as the lead character's English singing voice. Shane moved to Minneapolis at age 19 to work and record with songwriter/producer Kevin Bowe (Etta James, Joe Cocker) and from there his career took off. He’s since played a 30-date B.B. King tour and also toured with Etta James, Buddy Guy, Joe Bonamassa, George Thorogood and the Destroyers, Johnny Winter, Edwin McCain, the Neville Brothers, and Grand Funk Railroad to name a few. He has had song placements on NBC, CBS, Discovery Channel, Hallmark Channel, and the E! Television network, as well as in feature films.

The Imaginaries have been doing a string of livestream performances including their Facebook Live Concert Series “Quarantunes” as well as local Oklahoma performance for the city of Norman for their Stay Home Be Social Facebook live concert series, Norman NEXT for their Quarantiny Desk Facebook Live Concert Series, and for Stillwater’s Gypsy Cafe Reimagined, a benefit concert for the Red Dirt Relief Fund, which aired on O’Colly TV (ROKU, Apple TV, etc.), Rockwood Music Hall (NY), and Hotel Café (LA). More livestreams will be announced soon.