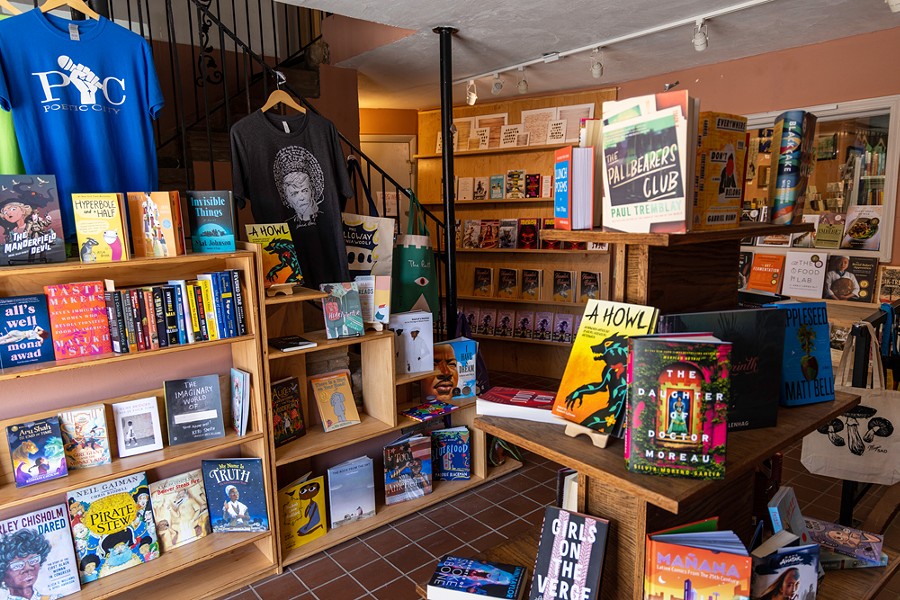 We’ve all heard it a thousand times by now: bookstores are dying, indie publishing is dead, and print media is a dusty relic of the distant past, all run out of the market by chain stores and online convenience.

And yet, OKC’s Literati Press is now twelve years into the game and going stronger than ever, with a continually expanding physical bookstore in the Paseo and a full slate of acclaimed Oklahoma comics and books published in-house and distributed nationwide.

Why has Literati been so successful in the face of such a fickle market? Three people all simultaneously point to owner and founder Charles Martin.

“If you look at any successful publisher out there there’s always going to be a lot of perseverance,” Martin said, “But there’s also a lot of them that have money, like they’ve got investors that understand that comics are a long game and just feel like this is something that needs to exist. And that’s something we’ve never had.” 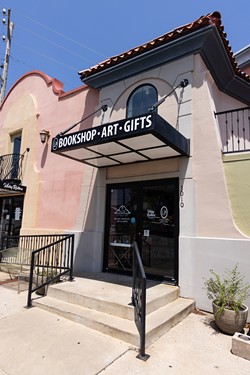 Literati’s modest but persistent success, then, has been thanks to a deft combination of smart choices, keen eyes for talent and an occasional lucky breakthrough, all three of which came to a head with Natasha Alterici’s Heathen. Launched originally in 2015, the short-run, woman-focused, Viking fantasy comic series saw enough national – and later international – success to help turn Literati into a destination for upstart and local talents.

“Honestly, Natasha deserves a lot of credit because Heathen was such a big deal,” Martin said. “It was a massive release for us. I just realized there was no way I could do it on my own, so I ended up facilitating its move to another publisher, just so that it could continue growing as fast as it was. But that’s the reason we have what we have now. After that happened, a lot of people came to the table.”

Martin was able to begin assembling the team that would help to carry Literati through the pandemic and into the present, people like veteran bookseller James McGough, creative consultant and illustrator Brandy Williams, and Echo, the person Martin describes as a “Swiss Army knife” for the operation.

Practically all of them are lifelong creatives themselves. Many of them are now co-owners. Each has brought an unique element and perspective, not just to the publishing side, but even to the bookstore itself, where they each have their own favorite sections and collections, ensuring a personally curated selection in whatever genre you’re perusing.

Most importantly, they’ve each helped to expand the scope for what a real writing and storytelling community in OKC can be through things like their annual (and currently running) “Comics is Art” show and contest, their weekly, open-door writers’ workshop, and of course their ever growing lineup of in-house titles.

“One of the things I’ve really enjoyed working with Literati,” said artist and writer Greg White, “is just the creative freedom to be able to explore ideas.”

White and his best friend, writer Colin Ingersol, are the creative team behind Literati’s newest monthly book, the sci-fi action/romantic comedy romp Aliengaged, the result of years of brainstorming and casual development finally made concrete by some positive pushing from Martin.

“We had kind of promised Charles some new comic that was happening, but it was very glacial,” White said. “So eventually he’s like ‘I’m giving you homework. Do five pages and a cover and enter into Comics as Art.’ It was just a bite-sized amount of work with a deadline, and once we actually got that process started, all excuses just started to evaporate. It was exactly the shot in the arm that we needed.”

Thanks to Martin’s expert encouragement, Aliengaged now takes its place alongside the impressive catalog of in-house, locally produced titles from Literati, like Nick Hermes’ The Black-Jack Demon, Steven Paul Judd and Tvli Jacob’s The Rez Detectives, and Glamorella’s Daughter and We Promised Utopia, both co-created by Martin himself.

“There are a lot of really good stories out there, but we still have to make sure that they fit our aesthetic,” Martin explains. “We do cerebral, progressive storytelling, a lot of it with a genre bent. That’s really our focus.”

A world away from the ambitious little publishing startup that Martin launched in 2010, Literati Press now has the means to print and assemble books and comics on site, and the connections and partnerships needed to distribute nationwide, putting Oklahoman writing and art in hands all over the map.

That’s all thanks in part to readers and fans participating generously in the company’s crowdfunding campaigns like the current Kickstarters to help fund continuations of Glamorella’s Daughter and We Promised Utopia.

A signing for We Promised Utopia is scheduled for 10 a.m. Dec. 17, 3010 Paseo, to help facilitate its second season.

“These campaigns are really crucial for us,” Martin explains, “because they make what we do sustainable while also helping us have more direct contact with our readership.”

Indie bookstores across the country are, shockingly, on the rise again. Younger people are reading more and shopping locally. Comics are enjoying an unprecedented explosion of interest and respect.

And yet, none of that is likely to affect or change the principles or ideology that Literati Press was built on at all. The goal has always been to bolster a local community of artists, storytellers, and unique, vital voices, and that’s exactly what it will remain.

“I was a weird kid,” Martin said. “We’re all just weird kids from Oklahoma trying to create something that we would have loved to have had ourselves growing up.”

To donate to the We Promised Utopia second season Kickstarter, visit https://www.kickstarter.com/projects/209756764/we-promised-utopia-second-season