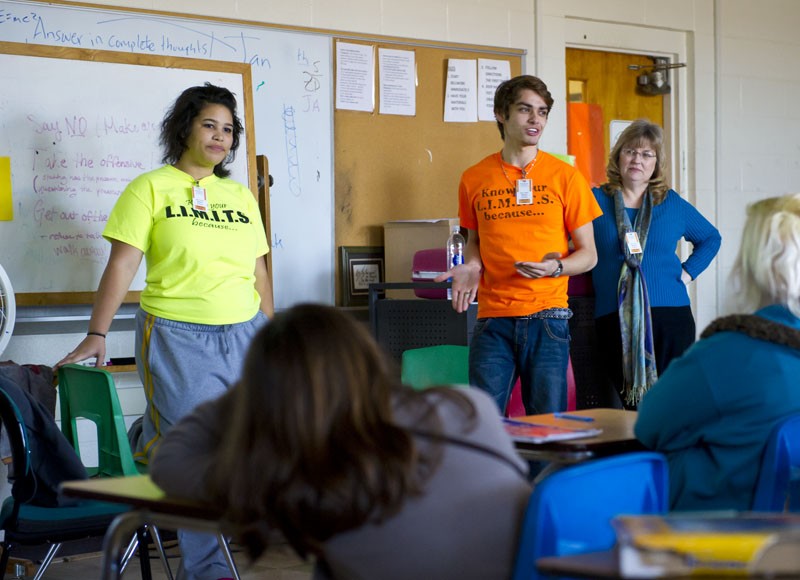 One ounce of prevention is worth a pound of cure, or in this case millions of Oklahoma tax dollars each year. In 2010, the state of Oklahoma spent $169 million on teen childbearing. However, very little money is allocated for expanding education to prevent teen pregnancy.

“Many nonprofits are about reacting,” said Kathy Harms, executive director and founder of Teen EmPower. “They are spending time and resources working with pregnant teens, and I say let’s back up a bit. Let’s try to increase education so the teen doesn’t end up in the situation.”

Ten years ago, Harms began Teen emPower with the focus of preventing adolescents from taking part in high-risk actions through youth education.

“We need to take a prevention approach,” Shanté Fenner, education and training director at Oklahoma Institute for Child Advocacy, said. “We educate on the importance of wearing seat belts. We talk about the reasons why we shouldn’t smoke. Why would we want to prevent teaching accurate information on this topic?”

However, to put that into perspective, more 18-19-year-olds in Oklahoma gave birth in recent years than entered the University of Oklahoma and Oklahoma StateUniversity as freshman. “The teen birth rate in Oklahomahas ranked too high for way too long,” said Sharon Rodine, youth initiatives director at the Oklahoma Institute for Child Advocacy. “The benefits of preventing youth pregnancy are enormous. Other challengessuch as child neglect, poverty, even unemployment can be affected by this. The good news is that this is preventable.”

“In our country, we do poor job of discussing sexuality with young people. And as a result, we have the highest rate of teen births of any of the industrialized nations in the world, and for many sexuality transmitted diseases,” Harms said.

Reality television, music and filmpromote or even glorify teen pregnancy; however, the truth is an extremely different picture. For Harms, the hardships of teen pregnancy began at 15 and increased after giving birth at 16.

The majority of teen mothers are single, and the demand to do whatever it takes to make ends meet becomes overwhelming. Many times, this results in not being able to dedicate 100 percent of your time to your child due to the demands of work and overall survival. In many cases, it is the child that suffers.

“Whenever you are going to take a child to daycare, what do you think is the first thing a single parent is going to ask?” Harms asked. “While it should be, ‘Are you going to take care of and protect my child?’ actually, it is ‘How much?’ And the lowest bidder ... is the winner.”

Nelson Mandela believed education to be the most powerful weapon available to change the world. Harms and Teen emPower’s mission follows a similar undertaking. Their approach isn’t about pro-life or pro-choice; it’s about pro- prevention and educating teens.

“It is so widely promoted that talking to teens about the subject promotes it; however, this is just not true. [It’s difficult to get] people [to] understand we are not promoting [sex], we are about promoting healthy information,” Harms said. “You are nota bad person for thinking about sex. You are not a bad person if you have had sex. You just need to know what all is involved with it.”

Rodine believes in youth education and that there is a role for everyone in teen pregnancy prevention. This is the thought behind Advocates for Youth’s Let’s Talk Month, which takes place this October. Parents, caring adults, youth- serving organizations and communities can focus on ways individuals can help young people make good decisions and avoiding risk-taking behaviors.

“Let’s Talk Month encourages parents and caring adults to be available and open to young people in talking about healthy relationships and preventing teen pregnancy,” Rodine said. “We don’t want this focused on school sexuality education or clinic programs. We want the focus on parent-child communication, tips for parents, ideas for increasing community awareness and opportunities to talk with and guide youth.”

Understanding the diverse backgrounds of families within the community has been a large part of the success of Let’s Talk Month. The program allows agencies, religious institutions, businesses, media, schools and parent groups to plan events that inspire parent/child communication about sexuality.

“Society has this notion that information [about sex education] is being taught at school or at home,” Fenner said. “It’s being shown that its not. Simply put, parents are the best educators, and we must teach accurate information.”