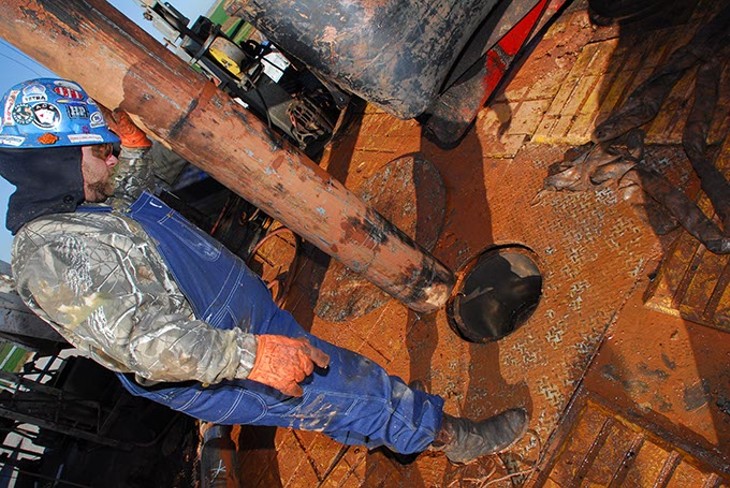 Check out the exclusive preview of this week's Oklahoma Gazette cover story. Read the full story in Wednesday's online and print editions.

In North Dakota, another state experiencing a boom in oil and gas production, the state budget has seen double-digit percentage increases thanks to a taxing rate that is more than twice as high as Oklahoma’s. While Oklahoma has made the biggest cuts to education in the nation since 2008, North Dakota made the biggest increase, according to Center on Budget and Policy Priorities.

Lower taxes might mean a higher return for Oklahoma energy company shareholders, but its impact on education spending could create challenges for those same companies looking to hire local workers in the future.

“Science and technology education are paramount for us in looking for [new workers],” Lance Robertson, vice president of Marathon Oil, told an audience at last month’s Governor’s Energy Conference in Oklahoma City. “We need lots of professionals to run our business effectively, and we would like for as many of those to come from the state as can.”

Workers with high levels of education in science and math are viewed as important to the energy industry, especially as new technology is implemented. However, those are two academic subjects Oklahoma has ranked below average in, according to the National Center for Education Statistics.

The education of the local workforce becomes more important as energy companies look to move to the region. General Electric plans to open an oil and natural gas technology research center in Oklahoma City, a one-of-a-kind facility that is expected to add 130 high-paying jobs to the local workforce.

“We picked Oklahoma City because it is in the heart of the oil and gas space,” Mark Little, GE's director of global research, said last year when OKC was selected.

The facility represents the region’s role as an energy hub, but it also highlights the evolution of an industry that is becoming more tech-based.

“The next wave of [oil and gas] innovation is going to be open innovation and technology,” said Eric Gebhardt, chief technology officer for GE. “But one of the challenges is that the skills of the team we have developed [at the new facility] is based on the model of today. Having that culture of continuous learning and continuous change [is a challenge].”

Oklahoma is underperforming in the academic subjects that the energy sector needs, and the state is also struggling to produce workers with the specific skills that are required.

Canadian Valley features several programs related to the energy sector, including classes in becoming a wind energy technician, which is a growing field in the state. Other schools have launched energy-related degree programs, like the Master of Business Administration in Energy program at the University of Oklahoma City.