Oklahoma City Pride returns strong with an expanded event schedule and something for everyone. 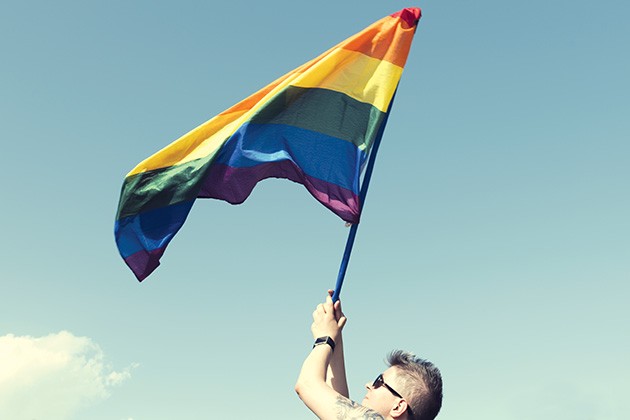 Pride endures in Oklahoma City 32 years after a few hundred pioneering members of the city’s LGBTQ+ community took to the area surrounding NW 39th Street for the first celebration. It was a needed evolution in OKC’s cultural profile that amplified timely issues such as the AIDS epidemic and the painful discrimination that was widely condoned in that era.

Over the course of the past three decades, Oklahoma City Pride has grown substantially as timeworn societal barriers fell and the celebration became a rallying point for everyone working to make the city a more inclusive community. AC Facci, an Oklahoma organizer at Planned Parenthood Great Plains and one of OKC Pride’s 2019 Faces of Pride, described the event as an ideal vision of what society can and should be.

“For me, Pride means having one month, one week or even just one day where we get a glimpse of the queer future we deserve,” Facci wrote as part of their Faces of Pride profile.  “It means seeing each other for who we really are — without shame, restraint, hesitation or fear.”

This year signals another first as a new organization, Oklahoma City Pride Alliance, rebuilds the event with an eye toward that future. With an increased emphasis on entertainment and a new plan ensuring that revelers of all ages can enjoy Pride, the event features an expanded roster of performers, separate sections that are child- and adult-friendly and an overarching theme celebrating the 50th anniversary of the Stonewall riots that gave birth to the modern LGBTQ+ movement.

Festivalgoers can begin staking out their territory along the parade route at 10 a.m. Saturday for the annual OKC Pride Parade. The theme of this year’s noon-2 p.m. parade is Legends & Rebels, celebrating the people who fought bravely for LGBTQ+ rights, beginning with the Stonewall riots in which demonstrators protested against a police raid that took place in the early hours of June 28, 1969, at Stonewall Inn, a gay bar in the Greenwich Village section of New York City. For two days, riots escalated around the bar as members of the LGBTQ+ community protested unfair treatment by New York City Police Department. Legends & Rebels  commemorates those pioneering activists along with people in Oklahoma City’s LGBTQ+ community who gave rise to the city’s Pride movement.

This year’s festival, which begins following the parade, is split into zones to help maximize fun based on age and/or sensitivity. The green zone extends along NW 39th Street from Pennsylvania Avenue to Youngs Boulevard, featuring booths and entertainment appropriate for all ages. In the red zone, located between NW 39th and NW 40th streets on Barnes Avenue, all bets are off with dispensaries, adult-themed entertainment and kink gear on full display.

Entertainment will be spread throughout the 39th Street District with booths and activities taking place at multiple locations throughout the festival. Diversity Center of Oklahoma, 2242 NW 39th St., stages its Diversity Health Fair beginning 3 p.m. Saturday and featuring LGBTQ+ health and wellness information as well a karaoke stage for young partiers. Expressions Community Center, 2245 NW 39th St., hosts a community plaza featuring booths for LGBTQ+ supporting community partners and nonprofits as well as games and food trucks. Penn Automotive, 2104 NW 39th St., hosts its Family Zone with inflatables, games and activities along with a nursing area, and Angles continues to host its main stage featuring live music by Lincka, Original Flow and The Fervent Route and other local and regional musicians as well as drag performances. Angles is also ground zero for food trucks and the main beer tent at the festival.

While parking can be a challenge in the immediate vicinity of Oklahoma City Pride, the festival runs its Pride Shuttle Service every 15 minutes between the festival and First Christian Church, 3700 N. Walker Ave.

Three VIP tents operate throughout the festival, with access passes available for $100 per person.