Lori Honeycutt takes over as OKC Pride president during a period of uncertainty. 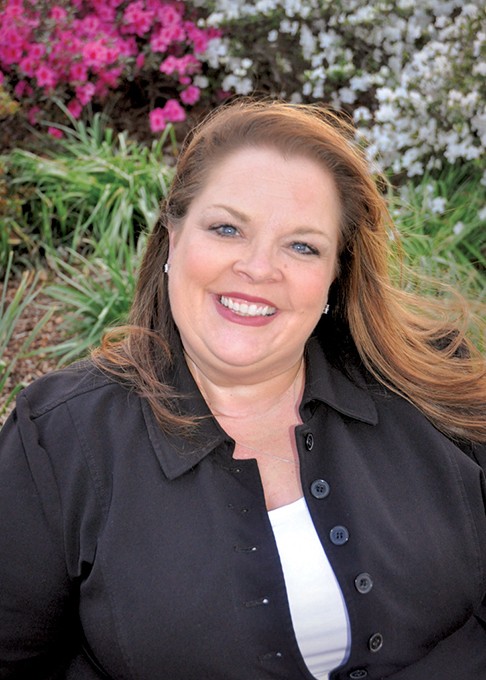 Last year, OKC Pride celebrated the 30th anniversary of its yearly parade and LGBTQ pride month celebration. The event has grown a large local following through the years. Some in the city’s younger generations probably could not imagine a year without the observance, but as recently as February, it appeared to some within the community that this year’s celebration might not happen.

OKC Pride had elected a new president in October, but when that person decided to resign from the role earlier this year, there was a sudden leadership void. The void was filled by Pride secretary and board member Lori Honeycutt in February, but she was left with little time to assemble this year’s event.

Now, with a completely full roster of vendors for its festival and another permitted parade event scheduled to take place 6 p.m. Sunday between N. Classen and N. Youngs boulevards on NW 39th Street, she gets emotional looking back on where the nonexistent festival progress was just a few months ago.

“It’s a very overwhelming feeling that we accomplished this when many said that it couldn’t be done,” Honeycutt said.

She did not have to commit to the work of pulling this year’s Pride celebration off in a limited amount of time, but also could not bear to see such an important community function fall by the wayside.

“I love this community, and I have to give them Pride,” she said. “There was no question to it; this is my community, too.”

Honeycutt is an Edmond native and recently left her corporate job to go back to law school and get a degree in civil practice. She recently celebrated her one-year wedding anniversary with her wife Jen.

But just four years ago, Honeycutt was in a very different place. She was going through a divorce in a previous marriage and was not connected with the local LGBTQ or Pride community. A friend who was better connected saw that she was in a malaise and thought Pride would be a good way to break out of it

“A friend of mine said, ‘Come on; you need to get out of the house. Come do this,’” Honeycutt said.

She spent her first year volunteering for Pride selling T-shirts in a tent for hours at a time.

“I was only supposed to work like four-hour shifts, and I ended up working all day Saturday and all day Sunday because I had such a good time,” she said.

Honeycutt returned to her Pride experience the next year in 2015, this time taking on a larger role by helping with the volunteer list. The year after that, she became a board member, took over the beer tent and helped organize Second Chance Prom, an LGBT-positive dance event.

Last year, Honeycutt stepped into the role of OKC Pride secretary. Since first volunteering, she has steadily climbed the ladder until reaching the top.

Nearly every major city in the United States has a pride celebration of some kind. If Oklahoma City’s celebration were to fall by the wayside after 30 years of tradition, Honeycutt believes it would have been a blow to the city’s image.

"The volunteers are our heart. If we don’t have those, we can’t put on Pride." — Lori Honeycutt tweet this

Pride also brings a significant economic impact not only to the bars and businesses in the historic 39th District area its festival is located in, but to Oklahoma City in general. The festival and parade events bring visitors from across the state and beyond into the city.

“People come from all over for Pride weekend,” she said. “It would have been a big impact.”

By far the biggest challenge Honeycutt and the OKC Pride board have faced in putting together this year’s event is a dearth of corporate sponsorships. In past years, the event has had many corporate sponsors, but this year, they have been harder to come by.

Honeycutt said she simply did not have enough time to secure sponsors ahead of the event.

“Normally, to plan a Pride, it takes a whole year,” she said. “Timing could be a big issue on my part. I wasn’t able to meet last year’s quota because it wasn’t done.”

A lack of sponsor money means limitations in the programming OKC Pride is able to offer. Music and other entertainment offerings have been scaled back until the organization can restore its previous sponsorship levels.

Aside from funding, Honeycutt said this year’s Pride will likely see a significant dip in community volunteerism. Again, a lack of time and changing of hands likely contributed to the shortage. But Honeycutt believes there are a number of people who would rather enjoy Pride than volunteer for it. Often, she said, it is assumed that Pride is someone else’s responsibility and that it will always come together just fine without community input. But that’s not the case.

“The volunteers are our heart,” she said. “If we don’t have those, we can’t put on Pride.”

There are also plenty of reasons for optimism around this year’s Pride. Honeycutt said its annual festival is totally full on vendor spots, which is a first for the event.

OKC Pride has a strong local focus when compared to similar events around the country, the president said. While the organization has gone away from that model recently, Honeycutt said it is a value she would like to restore moving forward.

She wants OKC Pride to be known as a facilitator in the local community.

“I want all the other nonprofit organizations in the community to know they can come to us,” Honeycutt said. “They can lean on us and we will help them in whatever way they might need.”