A decade after Stonewall, Oklahoma City’s fight for gay rights went to the courtroom.

The birth of the national gay liberation movement is often credited to the 1969 protests led by patrons of Stonewall Inn to police harassment in Manhattan’s Greenwich Village.

Oklahoma City’s formation for gay rights as a political force didn’t begin until 1978 — not because the city didn’t have a large LGBTQ community — according to Rose State College associate dean Aaron Bachhofer, but because it lacked a political rallying point.

Related PRIDE March on: Lori Honeycutt takes over as OKC Pride president during a period of uncertainty.

PRIDE March on
Lori Honeycutt takes over as OKC Pride president during a period of uncertainty.
By Ben Luschen
Metro

Bachhofer published his 400-page dissertation The Emergence and Evolution of the Gay and Bisexual Male Subculture in Oklahoma City, Oklahoma with Oklahoma State University in 2006.

The spark of the movement arrived in the form of a bill co-sponsored by Oklahoma Senator Mary Helm (R-Oklahoma City) and Rep. John Monks (D-Muskogee) that allowed state school boards to fire teachers for being gay or simply “promoting a homosexual agenda.” 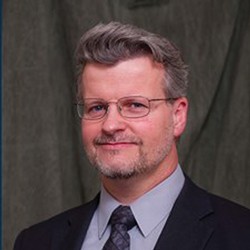 “It could be interpreted very broadly,” Bachhofer said of HB1629, which would later be known simply as the Helm Bill, in a recent phone interview with Oklahoma Gazette. “If you were a colleague of a teacher that was receiving harassment for being gay and you said ‘stop,’ theoretically, that is ‘promoting the homosexual agenda.’”

The Helm Bill earned the support of former Miss Oklahoma Anita Bryant — a brand ambassador for Florida Citrus Commission who was voted one of the Most Influential Women in America three years in a row by Good Housekeeping magazine.

Bryant founded the Save Our Children campaign in response to anti-discrimination legislation based on sexuality passed in her new home, Miami, Florida. With the backing of Conservative leaders like Jerry Falwell, George Will and Pat Robertson, Save Our Children successfully led the movement to nullify the anti-discrimination law in Miami and similar ones around the country, which Bryant described as an “insidious attack on God and His laws.”

It is the Helm Bill and Bryant’s appearances in Oklahoma that led Oklahoma City attorney William “Bill” Rodgers to found the activist group Oklahomans for Human Rights (OHR).

“It was the first quasi-political, organized, focused group that lobbied effectively for equal protection for gays and lesbians in Oklahoma,” Bachhofer wrote in his dissertation. “It also tapped into a heretofore-invisible element within the gay community — the professional class. Wealthy and professional gay men had never been out to the community at large for fear or losing their status in the community.”

OHR, with the help of National Gay Task Force and the Oklahoma chapter of the American Civil Liberties Union (ACLU), filed a lawsuit against the Helm Bill by naming the Oklahoma City Board of Education as a defendant and using recent Oklahoma City University graduate Stan Easter as its plaintiff. Rodgers represented Easter.

The suit argued that Easter, a gay man, was threatened with the loss of earning a living, along with other LGBT teachers, for the rest of their lives as well as violation of their First Amendment rights.

The Helm Bill survived its first step through the court system as U.S. District Judge Luther Eubanks upheld the school board’s right to fire employees engaging in “public” gay activity but laid the groundwork for First Amendment objections in the bill by saying that constitutional issue would arise if the school board terminated a teacher “who merely advocates equality in or tolerance of homosexuality.”

The 10th Circuit Court of Appeals heard National Gay Task Force v. Board of Education of City of Oklahoma City, Oklahoma on those grounds in 1984 and found unconstitutional language in the bill that encouraged “punishment of teachers for public homosexual conduct” while saying that the board could fire a gay teacher for sexual misconduct — the same as heterosexual teachers.

The U.S. Supreme Court heard the case in early 1985, but a fluke in circumstances prevented the decision from becoming the law of the land. Despite hearing arguments, Justice Lewis Powell did not cast a vote on the case due to illness, which ended in a 4-4 tie and automatically affirmed the lower court’s ruling.

“Had the justice voted in the affirmative, it would’ve been groundbreaking employment law in the United States,” Bachhofer said last week.

Even before NGTF v. Oklahoma City Board of Education made its way through the court system, OHR took aim at the controversial bill’s sponsor, Mary Helm.

Helm was just the second woman elected to the Oklahoma Senate and the first to serve since 1929, but OHR lead a successful get-out-the-vote campaign among gay residents in OKC to support their independent candidate, Bernest Cain. In a narrow vote, 5182 to 5005, complete with a malfunctioning voting machine, Cain defeated Helm and went on to serve District 46 until 2006. OHR eventually split, but Bachhofer said it laid the groundwork for Freedom Oklahoma.

The victories against Helm and her co-sponsored bill were the first for the OKC gay community and helped spark a lawsuit that paved the way for the establishment of the 39th Street neighborhood as an harassment-free area for the LGBT community.

Angles, 2117 NW 39th St., was out-of-state businessmen Don Hill and Scott Wilson’s answer to Studio 54 in OKC, but they applied for liquor license and city inspection as Cotton-Eyed Joe’s, hoping the city would think it was another country and Western bar.

PRIDE District goals
39th District hopes to bring new beauty and services to Oklahoma City’s LGBTQ+ district.
By Joshua Blanco
Community & Lifestyle
When word got out that it was a gay disco, it became a target for police harassment. After months of intimidating patrons by keeping multiple squad cars outside the entrance and spurious noise complaint charges, the tension came to a head Jan. 6, 1983, with the arrest of businessman Robert Tim Gravel. He was arrested for public intoxication minutes after entering the club and was allegedly hit in the face and choked nearly to the point of unconsciousness by an officer.

Hill and Wilson made an offer to drop the lawsuit if the city agreed to certain conditions, which it did. The settlement set a permanent injunction against the Oklahoma City Police Department to respect the civil rights of Angles patrons and provide sensitivity training for officers. The city settled with Gravel for $25,000.

“Although the settlement would seem like a slap on the wrist for the police department, its effect was striking,” Bachhofer wrote. “[It] ended what gay and bisexual residents considered illegal searches, invasions of privacy and false arrests … [and] made NW 39th Street the safest spot for gays and lesbians in perpetuity.”