This year’s Pride music lineup features every genre from hip-hop to red dirt. 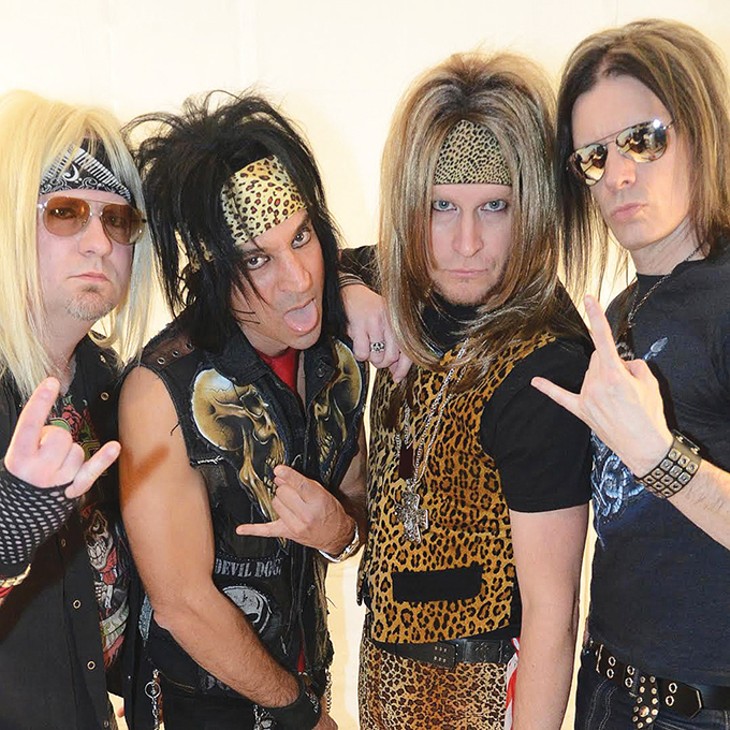 From hip-hop to hair metal, long-lived scene vets to talented teens, the diverse music lineup for OKC’s 2018 Pride hops genres nearly every hour. The common thread throughout is that all of the acts are local to the metro area.

Miillie Mesh, who released the single “Lurk” earlier this month, is scheduled to follow at 11:30 p.m., closing out Friday night with fiery hip-hop. Mesh has performed as a headliner at AMP Fest and opened for Rakim.

Saturday’s performances start at 2:30 p.m. with singer/songwriters Tara Henry and Parker Cunningham. Cunningham said his personal, typically acoustic music gives him the chance to connect with people as individuals.

“The gay community isn’t especially known for our involvement in music other than in pop music, which is wonderful, too,” Cunningham said, “but I’ve been so lucky to know so many singer/songwriters, and I think doing this kind of music, it reaches out to a little bit of a different group, sometimes a more conservative crowd even. For me being a patio or cafe player, I get to just meet people all the time. It’s not like I’m just shipping off albums everywhere. Pretty much everything I do is live and in-person.”

This will be Cunningham’s third time to play at Pride.

“Pride to me, especially in Oklahoma, is representation first and foremost,” Cunningham said. “When your community is ostracized, you have to show up and say, ‘This is who I am, and this is how I’m showing up.’”

A showcase billed as the Next Gen Performers of OKC, featuring young artists from NorthCare’s Q-Space community outreach program, some of whom will be performing publicly for the first time, follows at 3 p.m. 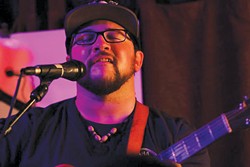 At 6:30 p.m., singer/songwriters Raina Cobb, Ben Brock and CJ Greco are scheduled to perform song-swap style with each musician taking turns singing lead on their own songs while the others provide musical accompaniment.

Cobb, who will be performing at Pride for the first time, said she’s excited to have a chance to support the LGBTQ+ community.

“I have a lot of very good friends that are in the community, and I feel strongly that they should all be accepted,” Cobb said. “That’s huge to me. … I want to do anything I can to support them. I think it will be awesome just to be there and participate and be involved.”

One close friend she has known since high school has made the issue personal for Cobb.

“I want her to be accepted in every way shape and form around,” Cobb said. “I don’t want it to be looked upon as a bad thing or for them to be scorned or whatever. I accept it in my life and I feel strongly for her because we’re both getting older and things change in life when you get older. It’s not all fun and games sometimes, and I want her to be treated fairly, and that’s very important to me.”

"When your community is ostracized, you have to show up and say, ‘This is who I am, and this is how I’m showing up.’" —Parker Cunningham tweet this

IRIS, a band named for the Greek goddess of the rainbow, follows at 7 p.m. The band — currently including Cathy Cahill, Sharlene Kell, Deb Mills and Kristall Bright — has been performing in OKC and beyond since the late ’90s when the group first began playing as The Office Girls at KA’z Pub.

“IRIS is well known for playing favorite covers that include most genres from the last five decades,” the band said in a written statement. “Our sound has a lot of variety with band members that play various instruments, including acoustic and electric guitar, bass, flute, harmonica and drums.”

Lip Service, known for spirited covers of ’70s and ’80s rock bands such as Def Leppard, Poison, Mötley Crüe and Guns N’ Roses, will follow at 9 p.m. Lead singer Dangerous Donnie Lee Rothchild said that the concept of pride is important for everyone.

Rothchild, who previously played at Pride as a member of Superfreak, will be joined onstage by lead guitarist Trikki Lixx, bassist Maxee Padd and drummer Tommy Leevowitz.

Sunday’s festivities begin at 1:30 p.m. when The Coveralls take the stage. At 4 p.m., On a Whim — featuring David Randall (lead guitar), Rodney Pretlow (bass), Terence Peterson (keyboards), Edgar Scott (saxophone), Ckai Dawson (vocals) and Isaiah Thomas (drums) — is scheduled to perform. The band, which specializes in contemporary jazz, R&B, pop, neo-soul and funk, will lead in to the Pride parade, which begins at 6 p.m.