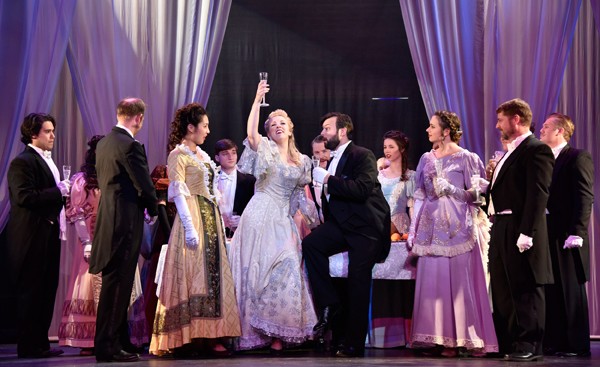 With the opening of Painted Sky Opera in 2015, which begins its second season this week, and the establishment of a local chapter of the national Opera on Tap organization, opera enthusiasts have more chances to see performances locally.

“Oklahoma City has always had a strong tradition of producing great singers,” Rob Glaubitz, who founded Painted Sky with Barbara DeMaio, said. “There are lot of musical theater and opera singers out of the nearby universities, but the city has lacked professional opera to support those singers. We wanted to fill that void.”

Glaubitz is a trained singer with decades of experience. He came to Oklahoma City in 2009 to teach at the University of Central Oklahoma, where he met DeMaio, a retired singer with credits all over the world.

“[DeMaio and I] saw the need for opera on the community and artist side. We had a lot of talented singers that wanted to stay here but had to go to New York [for opportunity],” Glaubitz said.

“We’ve been overwhelmed with the response,” said Glaubitz, who serves as Painted Sky’s artistic director. “The two productions of La traviata at the Civic Center sold out. We’ve been overjoyed and grateful of the support.”

The Freede Little Theatre at Civic Center Music Hall will again be Painted Sky’s home as its second season opens with three performances of Giacomo Puccini’s Tosca. In its first season, Painted Sky employed about 53 people, but that number has expanded to 75 in its second season, Glaubitz said.

“Tosca is such an intense opera,” he said. “It grabs you by the throat in the first few minutes and keeps you along for the ride the whole show. … The plot and music is some of the more glorious music you’ll hear in opera today. It goes against the stereotypes of opera. I don’t think you could fall asleep at Tosca even if you tried.” 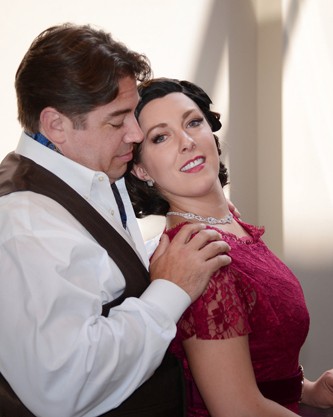 There is no lengthy break in events for the Oklahoma City chapter of Opera on Tap, which features monthly operatic performances in an unusual setting: the city’s neighborhood bars and pubs.

The national Opera on Tap organization was founded in 2005 at a bar in Brooklyn. When singer and voice teacher Danielle Herrington moved to Oklahoma City from Kansas, she was surprised to see that the city didn’t have a chapter.

Herrington established the state chapter this year and held its first performance in April.

“A lot of people are nervous about what opera is and think that it is stuffy and maybe even stuck up or that you have to dress up and be very quiet, but that is the opposite of what we do,” Herrington said. “It’s all about letting loose and having fun atmosphere.”

Herrington said Opera on Tap audiences have grown every performance. The group has performed at The Root and Saints, where an Oct. 13 performance of German opera in honor of Oktoberfest will be held.

Normal Opera on Tap performances are $5 entry, but October is the fundraising month for the national organization. Admission is free, but donations are welcome. The performances are divided into three sections and include both ensemble and solo work.

“It can be really shocking for people who are used to opera in a large environment because when 10 of us start to sing in that small of a room, it gets really loud,” Herrington said.

The decision to move opera performances to bars is twofold, Herrington said. They want to showcase the art to a younger crowd and return opera to its roots.

“It started at weddings, and for 50 years, it was performed in homes,” Herrington said. “Around the 1640s, we started to see opera houses, but pre 19th-century opera houses were quite small. There is a cool intimacy of hearing someone produce the sound without any extra help. It can be shocking but really amazing for people to experience that because you don’t experience it very often.”

Herrington teaches at UCO and has 45 clients for private singing lessons. She described operatic singing as the Olympics of singing. She noted that while other styles are searching for young talent, opera is a style that requires years of experience to perfect.

“You have to train to know your anatomy,” she said. “It is an athletic thing, which surprises so many people. We are training muscles on a minute scale: two small folds in your larynx. It takes years for opera singers to actually have the ease that they need and build the muscle memory in a healthy way.”

Much of the talent at Painted Sky and Opera on Tap comes from local universities.

“I am struck by the level of talent,” Glaubitz said. “We cast from Oklahoma City, but it’s not a local performance. ... People will go on from here and have international performing careers.”