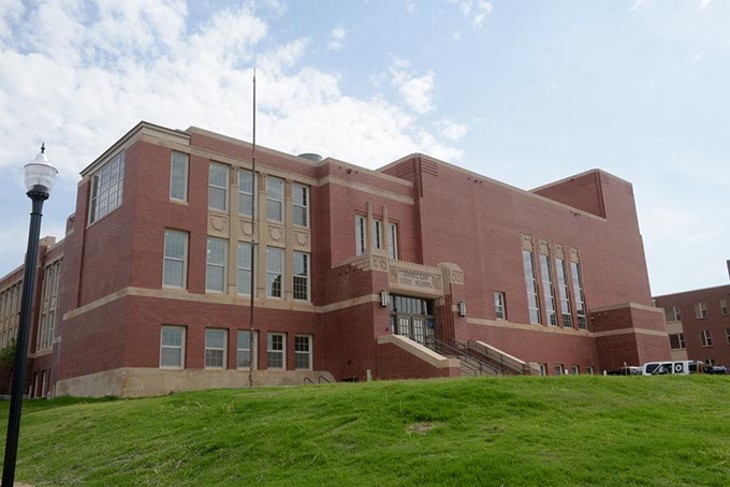 Progress OKC reconnects communities through the preservation, revitalization and expansion of local buildings and neighborhoods.

Renting the space through developer Ron Bradshaw, the nonprofit organization is breathing new life into Page Woodson School’s auditorium in northeast OKC. Set to function as a dynamic community center featuring lectures, events and arts programming, Page Woodson will operate in tandem with new, affordable apartments and public meeting spaces inside The Douglass.

Executive Director Neila Crank-Clements spoke to Oklahoma Gazette about the building’s multifaceted history and Progress OKC’s mission for its future.

“The school was built in 1911 as Lowell School, serving an all-white student population,” said Crank-Clements. “Later in 1933, it became one of the state’s first all-black schools, changing to Douglass High School. This building’s historical significance was really what interested me in this project.”

With a final name change to Page Woodson School in 1954, the school witnessed the 20th century’s pivotal moments in racial equality and political activism. 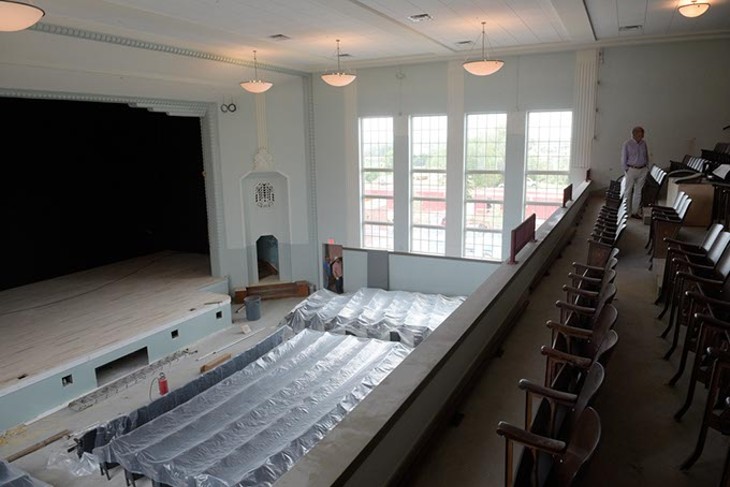 “Students were bused in from all over the city to receive a quality education,” said Crank-Clements. “This was a place for black students to feel safe and to develop their identity within a thriving community.”

The school’s auditorium was added to the building in the 1930s, featuring Art Deco architecture and décor. During its prime, Page Woodson boasted performances by artists like jazz musicians Charlie Christian and Jimmy Rushing, and Pulitzer Prize-winning author Ralph Ellison.

Since closing in 1994, the building has sat abandoned for the better part of two decades.

“When we first encountered the building, it was in complete disarray,” said Crank-Clements.

No task is too daunting for Progress OKC and the developers putting their energy into this project. Crank-Clements said the nonprofit provides second chances to abandoned landmarks and communities.

“Progress OKC revitalizes parts of the city that have fallen victim to disinvestment,” she said. “We’re ultimately concerned with the quality of life for residents in neglected communities.”

Although the auditorium is limited to 723 square feet, the possibilities for its usage are endless. In capturing the rich history of Page Woodson School, Progress OKC plans to utilize every square inch of the auditorium for the public good.

“We’ll use the auditorium for a community theater, film screenings, musical performances and other arts,” said Crank-Clements. “We also see Page Woodson as a place for community collaboration and hope to involve other local organizations in the future with lectureships, meetings and workshops.”

Most programming will be free or cost less than $15 for entry. Page Woodson also includes a smaller event space, a butler’s kitchen and five original classrooms renovated into office spaces.

“We want this space to be completely community-oriented,” said Crank-Clements.

“Apartment residents and building stakeholders will be involved in all programming,” she said. “There’s no better way to solidify this building’s history by engaging its residents in its future.”