A local student organization takes part in a national rally to bring attention to climate change. 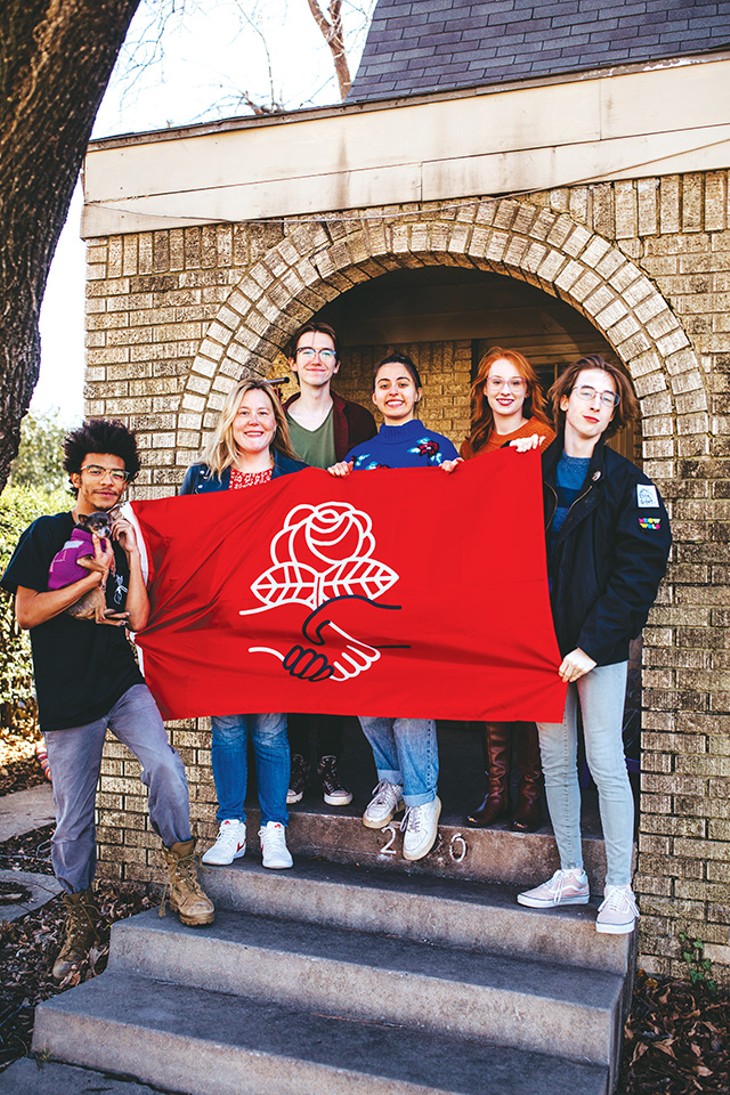 According to the Fifth Assessment Report released by the Intergovernmental Panel on Climate Change (IPCC), atmospheric greenhouse gas concentration is rising at an unprecedented rate, resulting in an onslaught of detrimental changes across the planet. Despite decades of smear campaigns and bunk science manufactured and marketed by organizations looking out for their own special interests, the effects of climate change have at last reached a point of undeniable prevalence.

With dismal consequences looming before us, scientists are making it a point to educate both the public and representatives alike on the severity of the matter. As time passes, more legislators and activists are realizing the implications of anthropogenic climate change and the threats it poses upon our immediate future.

Earth Strike is just one of many movements committed to the ongoing education set forth by the experts.

“The time to act is now, before it’s too late,” its mission statement reads. “The threat of climate change has reached a tipping point despite years of warnings, and we need to change course.”

The organization demands global cooperation in upping regulations for major polluters in an effort to halve net carbon emissions by 2030 with the intention of maintaining zero net emissions by 2050. The regulations are also intended to hold these entities responsible while preventing the further destruction of global ecosystems.

In a push to bring those ideas to fruition, Earth Strike is organizing a series of four international walkout protests set to take place throughout 2019.

“We need to make the world’s governments and the world’s businesses listen to the people, and the best way to do that is by refusing to participate in those businesses and governments,” Earth Strike wrote. “There will be no banking, no offices full of employees or schools full of children.”

Of the major cities in the United States, Oklahoma City was one of the prominent municipalities showing no signs of participation; that is, until a handful of students from a local community college decided to make their voices heard.

Accompanied by other activist organizations, Rose State College Democratic Socialists of America (RSCDSA) will gather 2-3 p.m. Jan. 15 in Bricktown at 400 E. Reno Ave for the Earth Strike Kickoff Protest. The purpose of the event is to rally concerned citizens from across the state while educating those who might otherwise be unaware of the consequences with which society will eventually be forced to come to terms.

Bailey Walker, president of RSCDSA, founded the Rose State chapter in September 2017 as an educational platform to attract students interested in learning more about leftist politics.

“[Socialism] isn’t well-defined in American discourse largely. … When people see socialists, they think Stalin and bread lines and thought police and things like that, and those are sort of the exact things that we are against,” he said.

Walker cited the rise of the Bernie Sanders presidential campaign as an eye-opening experience that served as the main motivation for the chapter’s founding and realized there were viable alternatives to the two parties that traditionally stand in the forefront of American politics.

But it wasn’t the smoothest startup in the history of campus organizations. Despite almost disbanding shortly after its founding, RSCDSA barely pulled through. Eventually, it was able to successfully recruit a core group of active members and has continued to progress in its on-campus involvement. Fulfilling its role as an educational unit, the chapter is now shedding light on a matter of international significance often understated in Oklahoma politics.

After noticing substantial political discourse was becoming increasingly devoted to climate change, Walker thought it was time for RSCDSA to take stand on a truly bipartisan issue calling for immediate attention.

“There was one thing in particular that really flipped the switch for me,” he said, regarding his initial interest in combating climate change. “Workers’ rights and all of these other things that we fight for don’t really matter if we don’t have a planet.”

Walker said this is a priority. Through the strike, he hopes to unite individuals from all sides of the political spectrum for the common cause of combating an issue pertinent to the survival of the entire planet.

“We’re going to have to work with everyone, including conservatives and anyone on the right, because some of the issues that we face they are also facing,” Walker said.

“I have a Republican who comes to our meetings, for example, and he comes because he thinks we’re respectful and we’re fighting for the right things,” added Jagger Stingley, former president of Young Democratic Socialists of America (YDSA) at Oklahoma City Community College. “He used to be homeless himself, and he knows that we wanna fight.”

YDSA at Oklahoma City are among the DSA chapters planning to march at the Jan. 15 Earth Strike rally. Other non-DSA groups have also expressed interest and plan to attend the event.

RSCSDA is still awaiting responses from the professors and politicians invited to speak at the protest.

“I assume some portion of the population is going to be angry that we’re even talking about climate change, but that’s acceptable,” said RSCDSA member, Daniel Barten. “That’s the price we have to pay.”

This year, Yale Program on Climate Change Communication released a report stating 66 percent of those residing in the Oklahoma City residential area believe climate change is happening. Only 54 percent believe humans are the primary contributors, though neither of these numbers represent a greater than 5 percent deviation below the national average.

Though these numbers might be low compared to the approximately 97 percent of scientists who agree climate change is as serious as it is real, these statistics speak volumes for both the state and the nation as a whole, indicating a positive trend in the right direction.

“A lot of people who come will probably already be educated on the issues, but I think an important aspect to just talking to people who already know about these issues is it gets them more worked up and they want to do more about it,” Walker said. “When you give people next steps and things to do after, then it can be an inspirational thing. And so largely, that’s what we want to do.”