Oklahoma City’s Pride parade and festival will be led by a newly formed nonprofit. 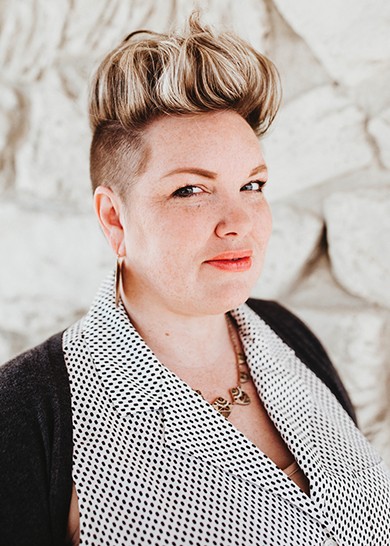 Oklahoma City Pride Alliance was formed by former 39th Street District director Lauren Zuniga to take the reins of Pride festivities. Officials said the new organization’s structure is set up to be sustainable and scalable.

39th Street District Association was set to host Pride this year while OKC Pride Inc. continues to reconfigure following a 2018 embezzlement scandal with former president Lori Honeycutt. However, some challenges caused issues for the district and its Pride Advisory Council.

“One of the challenges that we had as 39th District with fundraising and some other things is that we are a 501(c)(4), and so even though we’re a nonprofit, it changes the deduction capability for individuals,” she said. “We also just kind of had a challenge with process and function and just being able to make decisions quickly.”

Zuniga decided to step down as director of 39th Street and, in conjunction with the district’s Pride Advisory Council, formed the new 501(c)(3) nonprofit.

OKC Pride Inc. and interim president Brandon Odom did not respond to Oklahoma Gazette’s requests for comment. In February, the organization released a statement saying it was ready to move forward and fundraisers were already being planned to support future endeavors, including Pride events in 2020. Zuniga said she reached out to Odom and let him know about OKC Pride Alliance.

“As far as I know, he sounds really excited about the idea. They have so much work to do as far as their investigation and everything that they’re dealing with, and they’ve been doing that really diligently,” she said. “But, meanwhile, there’s Pride, right? We’re hopefully going to be able to all partner and just do what’s right for the community.

“The new organization is called Oklahoma City Pride Alliance, and the reason for that is that we really want everyone that is part of an LGBT-serving organization or company that has a stake in the Pride celebrations and in the well-being and affirmation of the LGBT community … to all have a seat at the table. … Long-term, we’d really like to have a structure, a model similar to something like Allied Arts, where we can be a granting organization to other LGBT organizations. The idea being just that we are all working together instead of against each other.”

Zuniga found that other community members were willing to do just that. Alex Bliss, an attorney for Nonprofit Solutions, reached out to Zuniga and asked if she could help.

“Pride, specifically this year, has been really close to my heart. My wife and I have been together for almost five years and got married last October,” Bliss said. “Every year, Pride is such a big deal for us and our friends who live in more rural communities, who maybe that’s the only time that year when they get to be around their queer families and get to be in a space that’s for celebrating being queer. So when I heard that Pride was having some growing pains this year, I reached out to Lauren and I said, ‘Hey, just so you know, I exist in case you ever need anything.’ And it turns out she did.”

Nonprofit Solutions, a local mother-daughter law firm founded by Bliss’ mother Jeri Holmes, has a tradition of picking a nonprofit each year to help start up pro bono.

“When we do that, we always try to think about sort of our main goal in everything, which is to get money and services back into the hands of the communities in Oklahoma,” Bliss said. “We don’t really have a specific way that we choose that. We kind of feel out the needs of the community and we decide, ‘Okay, this is who we think is going to make the biggest impact this year. They have super limited funding, and here’s a place where we can really help out and where we’re going to be able to see those results immediately in our community.’”

The law firm helped OKC Pride Alliance become incorporated at the state level, attain a tax exempt status at the federal level and even helped determine what the liability insurance should look like for an event like Pride. Normally with its pro bono case, Nonprofit Solutions only helps incorporate them at the state level, but Pride is special for Bliss and Holmes.

“Jeri [Holmes] was actually the original registered agent for OKC Pride Inc., the former organization, so she kind of knew a little bit about some of the pitfalls that they’ve had,” Zuniga said. “With our new bylaws and our new infrastructure, it’s set up in such a way that I think we can prevent what happened before from happening again.”

Nominee, a local branding company with clients like The Jones Assembly, Heard on Hurd and Oklahoma City Thunder, took OKC Pride Alliance on as a community project.

“It’s just something that we all, just as a team, believe in and wanted to rally behind,” Kent said. “Sometimes branding is one of those things where it can be a big-ticket item, and not everyone has the budget for that.”

Nominee launched the organization’s Faces of Pride, a series of portraits featuring local LGBTQ+ community members with interviews about what their experiences have been. It was inspired by Humans of New York.

“The LGBTQ voice in Oklahoma just hasn’t been as strong being a conservative state, so a lot of times when you hear about the LGBTQ community here, you hear about maybe rights being taken away or discrimination,” Kent said. “So the purpose of Faces of Pride was to attach a face and a story to these people that are in our community and their friends or coworkers.”

Zuniga said the “all hands on deck” attitude from the community is encouraging and makes her more confident Pride 2019 will be a success.

This year’s Pride theme is Legends & Rebels, a nod to the 50th anniversary of the Stonewall Riots. Pride Week is June 17-23; the parade is noon June 22 and the festival continues all day on 39th Street.

Other Pride events happen throughout the month around the city, including Paseo Arts District, 16th Street Plaza District and Factory Obscura.