Edmond Pride returns to Hafer Park for its second year. 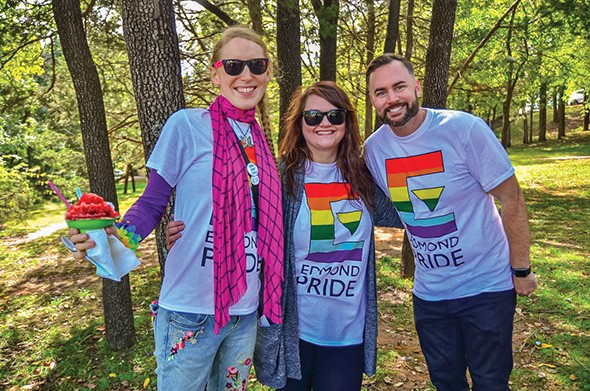 Now in its second year, Edmond Pride is 10 a.m.-6 p.m. Oct. 12 at Hafer Park, 1034 S. Bryant Ave., in Edmond. Though students, staff and faculty at University of Central Oklahoma (UCO) organized the event, everyone is invited to attend.“We wanted to bring Edmond Pride to life as an acknowledgement of the LGBTQ community of Edmond and at UCO,” said John Stephens, Edmond Pride chair and director of UCO’s undergraduate admissions and president of its LGBTQIA+ Faculty and Staff Association. “We had it off of campus at Hafer Park, so that way it was available to all residents of Edmond and not just the UCO community. Since there had never been an LGBTQ festival in Edmond, we really wanted to make that a reality, to see the advancements that Edmond has made as a community. There's a lot of citizens, both allies as well as within the LGBTQ community, that were excited about the event.”

“It’s cooler weather,” Stephens said. “It makes for a better experience and a longer experience for individuals because you're not sweating bullets.”

“One thing that we took from the feedback from last year was that we were more heavy on drag,” Stephens said. “We had a variety show, but they wanted more bands, so we have a lot of great singers and performers coming in.” 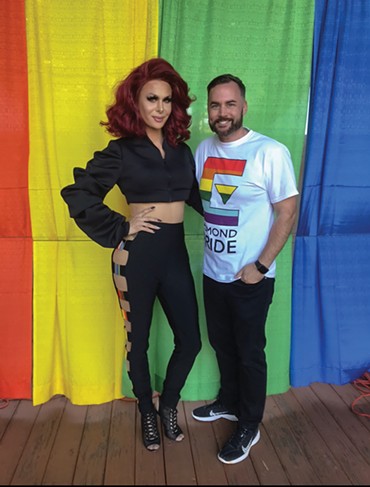 “We're a family-friendly festival,” Stephens said. “There's going to be a children's area that has children's performers and acts. All music will be clean versions, so no cussing. There's no alcohol served; it's just refreshments — food trucks, but no alcohol. So the emphasis is really on education, bringing the community together, obviously highlighting LGBTQ history as well as just members of our community.”

In a 2018 interview with Oklahoma Gazette, Mandalay emphasized the importance of making Pride events accessible to families.

“I think it’s important to relate to the community and the people that are out there,” Mandalay said. “You have to realize that it is a family event, and so there’s kids involved. … You have to make sure that you’re professional and that everyone has a good time and they’re able to laugh and enjoy themselves as well.”

Judging by the response to last year’s Pride, Stephens thinks the event was popular with the Edmond community.

“I heard nothing but positive feedback, from both vendors and from spectators that were excited to see this festival occur,” Stephens said. “They enjoyed the performances and the variety of different activities that we had for the spectators. … I have not heard anything, personally, negative. I have heard that there's been things seen on neighborhood chats where they may be afraid of it, but I haven't seen it personally.”

When he first proposed Pride to the Edmond special events office, Stephens said the event was unanimously approved. Even if there might have been some online complaints on sites such as notably grumpy Nextdoor, there was no real-life resistance.

“There were no attempts to kibosh it, and there was nothing, actually, the day of — no picketing, no protestors or things of that nature — so it was a really great festival,” Stephens said. “I’m hoping for the same this year.”

The feedback most important to Stephens came from a student who said she is “still here” because of Edmond Pride.

“It brought new life and energy to her during a really depressive state, and that was just encouraging to know that just the festival alone changed the trajectory of her life,” Stephens said. “That level of acceptance is so necessary in the present day.”