A music and art festival in Norman explores what it means to be psychedelic. 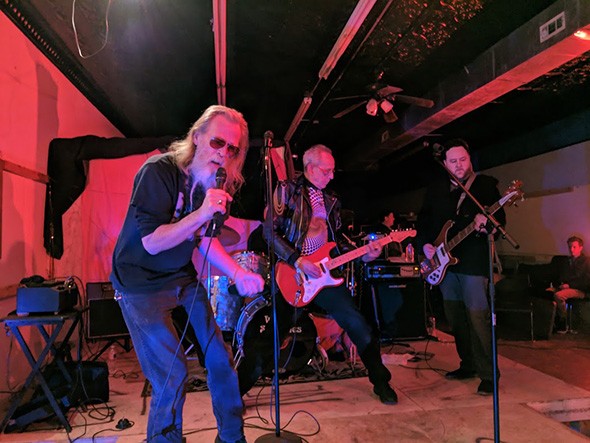 Organizing a three-day psychedelic music and art festival might be easier than explaining what the word “psychedelic” means.

“Everybody has their own sort of opinion on psychedelic,” said visual artist Eric Piper, one of the organizers of Norman’s inaugural Psych Fest. “When I think of psychedelics personally, man, yeah, it’s a tricky sort of thing; I don’t know any of these kind of dictionary definitions of the stuff.”

Psych Fest is scheduled March 28-30 at Resonator, 325 E. Main St., in Norman. Though every one of Miriam-Webster’s definitions of “psychedelic” involves drugs, Psychotic Reaction guitarist and vocalist Robert Layton, who booked the bands for the festival, said mind-altering chemicals are not necessary for enjoying psychedelic music.

“Whenever I listen to ‘Get Me to the World on Time,’ or ‘I Had Too Much to Dream Last Night’ by the Electric Prunes, that makes me feel high,” Layton said. “That makes me feel like I’m on a different level and a different feeling. It’s like the music is the drug. The music is the experience, is the trip. You don’t have to be on psychedelic drugs to enjoy the psychedelic music — although sometimes it helps.”

The 18 acts scheduled to perform at the first Psych Fest, Layton said, go beyond the “cookie-cutter approach” to psychedelic music with “reverbed-out vocals and reverbed-out guitars and crap and lots of fuzz and stuff.” Oklahoma bands Rainbows Are Free and Turbo Wizard and Austin’s Greenbeard, for example, play heavy-metal-influenced “stoner rock,” while Norman’s Helen Kelter Skelter offers a more modernized take on psychedelic music and Austin-based Amplified Heat has a “’60s rock ’n’ roll edge” reminiscent of Blue Cheer.

Layton said his own Psychotic Reaction combines punk with psychedelic rock influenced by The 13th Floor Elevators and The Velvet Underground. Another of the band’s influences, Chickasha’s Debris, released the cult classic album Static Disposal in 1975, which Layton described as “space rock, punk, proto-punk kind of record.” 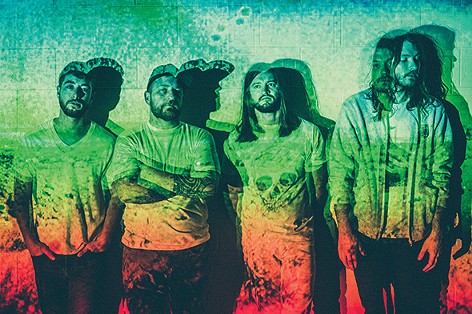 The atmosphere at Psych Fest will hopefully be significantly different from the shows Ivey recalled playing in the early ’70s at a “sleazy redneck bar” in Chickasha.

“We would play, and the audience would be rednecks and glitter kids,” Ivey said. “They were all sparkled up with platforms on, and on the other side would be these hard-dick rednecks just wanting to kill somebody. … So there was a lot of fights on the dance floor. That’s why we’d mix in The Rolling Stones and ZZ Top. We’d calm them down with those songs and then rile them back up with ‘Search and Destroy.’”

Ivey — who said he was not aware of Static Disposal’s cult following until 1988, when he attempted to sell it on consignment at Bebop Records in Reseda, California, and discovered Goldmine Record Album Price Guide valued a mint condition copy at $10 — remembers when the first review of the album arrived in a returned self-addressed stamped envelope from Creem magazine.

“Someone took their ashtray and dumped it in the envelope, sealed it and mailed it back,” Ivey said. “I freaking loved it. I don’t think anybody else got it, but I got it and I loved it. I sent them my trash, they sent me theirs.”

But even that was not as bad as the response to one of the original lineup’s few concerts.

“We only played three shows,” Ivey said. “We played Duncan, Oklahoma, and they ripped out our battery cables. They pulled out a distributor wire. They hated us. They just didn’t get it.”

"I’m not saying we never did them, but by the time the album was made, we were done with psychedelics"—Chuck Ivey tweet this

However, he remembers doing well in Norman.

“You can’t really have a psychedelic festival without there being something on the walls,” Stout said.

Unlike Ivey, Stout said she considers her art to be psychedelic.

“I definitely try to be thoughtful with my work,” Stout said. “A lot of it is very internalized, certain things that I might be thinking about or going through, whether it’s new growth or even feeling stagnant at times. I’m working on a piece right now called ‘Purgatory,’ and it’s just extremely repetitive imagery, just kind of connected. I think that in a lot of ways, people get caught in loops often and then that kind of coincides with psychedelic art and everything — not just super colorful, fractal-looking stuff but also maybe the pain states inside of a psychedelic outlook on things, wanting to move forward but sometimes feeling stuck in this position. It can be challenging, and then you finally have this experience of ego death.”

Piper said El Paso author and artist J. David Osborne will also be on-site sculpting figures based on conversations with musicians and audience members for a piece titled “Channeling Spontaneous Narrative in Clay.”

“He’ll be there kind of manipulating the clay and building different little human characters or imaginary forms and entities and houses and structures and environments based on his interacting with the audience and the bands right before they go on stage,” Piper said. “So his idea is kind of channeling this pre-show energy from the musicians and then using that to kind of build this little world and situations and story from the whole thing.”

“The coolest thing that I think could happen with this is just the smallest first draft of the festival, and this could build over the years into a bigger thing, and we keep bringing bands in from all over the world eventually and sharing ideas of what this ‘psychedelic’ word means,” Piper said. “There’s a lot of conversations to be had and sharing music and art work with each other. … You can’t really predict how these things evolve, but I hope this grows into a bigger and better thing for everyone.”

Admission is $10 for one day or $20 for all three. Visit resonator.space.