OSO on Paseo delivers on its promise of high-end tacos that will please meat and veggie eaters. 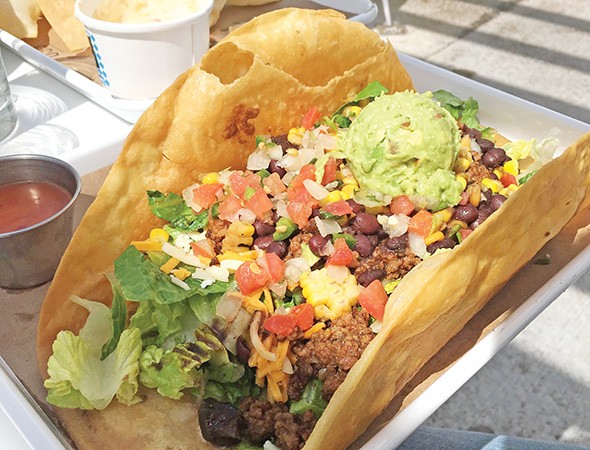 Every time I drive past the new Paseo Arts District development that is Pueblo at Paseo, the white New Mexico-inspired complex that is the neighborhood’s first construction in decades, I can’t help but notice the a crowd inside OSO on Paseo, 603 NW 28th St.

In the development that also includes two other good restaurants: Scratch Kitchen & Cocktails and Buttermilk, OSO always seems the busiest.

“Things have gone really well since we opened. Honestly, we’re a lot busier than I anticipated,” Fiaccone said. “I don’t want to say I’m cynical, but you know, I’d rather be pleasantly surprised than disappointed, so I set the bar pretty low. We have been busy, and that’s kind of created some of its own challenges just in terms of scaling up so rapidly, finding enough space, staffing, managing the number of people in the building that are required to produce at those volumes and so forth, but those are definitely good problems.”

In keeping with the omnivore ethos of Picasso Cafe, OSO provides almost as many vegetarian tacos as its meat counterparts, and the only enchiladas on the menu are vegan. It has to be a nice oasis for vegans who do not have to ask if their black beans are cooked with animal byproducts or worry that rice is cooked in chicken stock, like at a lot of Mexican restaurants. I am sure that is contributing to its popularity; there is also the fact the food on its menu is well thought-out and executed.

I have tried most of the tacos on its menu, and as much as I like its meat options, its vegetarian choices are the ones I often think about the most.

Things have gone really well since we opened. Honestly, we’re a lot busier than I anticipated.Shaun Fiaccone tweet this

“[Having vegetarian options] is also central to our mission for what we’ve done at Picasso for almost 10 years now,” Fiaccone said of why they’re so well executed. “A lot of people are more focused on a plant-based diet or are more conscientious about how much meat they’re eating.”

Fiaccone said he was surprised by the amount of nopales (cactus) tacos they are selling.

“I’m the kind of guy that likes to order the weirdest thing on the menu just because, but it kind of goes to show the awareness level of people while dining these days that they know what nopales are and are willing to try and reorder them,” Fiaccone said.

My personal favorite vegetarian taco on the menu is the sweet potato, kale and black bean variety, but I am also quite partial to the cauliflower picadillo with tomato, green olive, golden raisins and radish — so much so that I tried to make my own version at home, but to quote Principal Skinner coming close to madness trying to recreate fish stew he was served in a Vietnamese internment camp, I “just can’t get the spices right.”

OSO’s most popular tacos are the brisket burnt ends, which feature a Dr Pepper barbecue sauce and are topped with radish, pepitas and a fried pickle spear. Its second most popular is the Baja fish taco with beer-battered cod, jalapeño tartar sauce, cilantro-lime slaw and pickled onion. 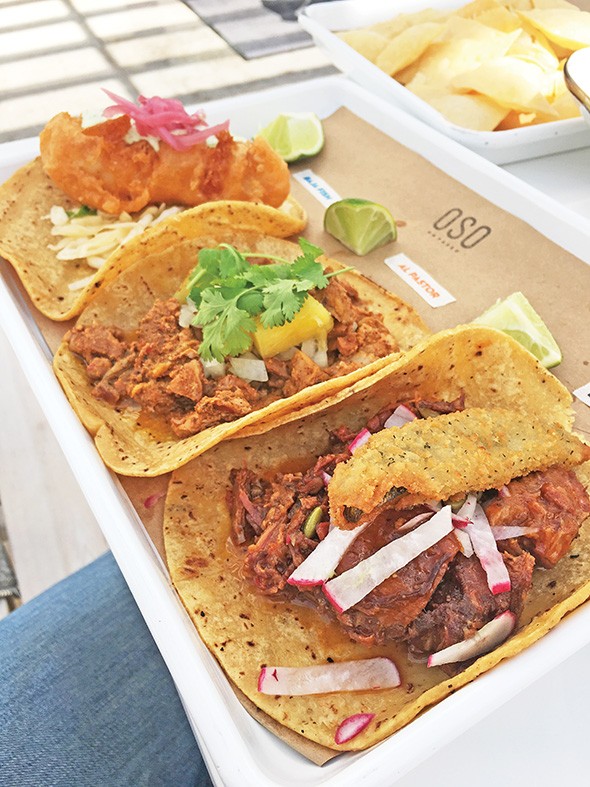 I tried each on a recent lunch visit, and I need to give special recognition to the service. I arrived at peak lunch hour and sat on the patio because the inside was full. Not only did our server make a concerted effort to take care of us, but the food arrived quickly.

The brisket burnt end taco was quite fun, especially with the pickle spear that provides a nice crunch and extra bit of vinegary acidity to contrast with the sweet barbecue sauce. I thought the Baja fish taco was very well executed. It’s deservedly one of the top sellers on the menu, but I am not as big of a beer-battered fish fan as some other folks. I like a cornmeal crust with less breading. The fish tacos from the Taco Nation bus are the best I have had outside of Southern California, but OSO’s version is very good too.

The al pastor is not a classic spit-fired preparation, so it doesn’t have crunch bites, but it has good achiote chili flavor, and my favorite bites included the pineapple.

I also got a second crack at the taco salad, which has changed since opening. What was once served in a taco shell bowl now comes in an oversized taco shell that is different and fun. I like that it’s served with a housemade Catalina dressing, which was my favorite as a kid, but I had honestly forgotten about it because restaurants always want to give you a vinaigrette or spicy ranch. 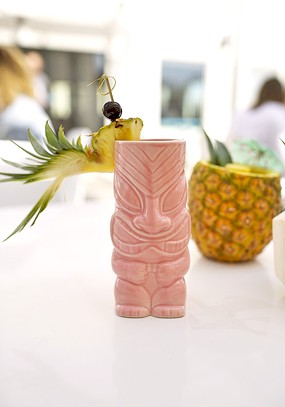 My wife ordered the dressing on the side and didn’t even need it, she said, because the ground beef was so well seasoned. I’ve tried it with the chicken before, and its marinade was on point as well.

OSO offers more than just tacos; its Left Coast Burrito takes the Southern California tradition of putting fries in a burrito and uses tater tots. Fiaconne said a few of the items on the menu that he felt are underappreciated include a spicy vegan green soup, and its only dessert of churros with melted chocolate and soft-serve ice cream.

“The sopa verde is by far one of the best things on the menu if you like spicy stuff. I probably eat that for breakfast five days per week,” Fiaconne said. “I don’t think the churros sell as well for as good as they are. People are usually so full after they finish Mexican food that they overlook dessert.”

Its cocktail program is unique enough that Fiaconne has trademarked the phrase “Baja tiki.” The tequila and rum drinks are on the expensive side ($9-$13) only because they’re served with fresh fruit and distinct containers, but OSO offers a half-price happy hour daily 2-5 p.m.

Humankind Hospitality’s newest restaurant, Frida Southwest, which has been in the works for five years, is finally scheduled to open the third week of June.

Yes, OSO’s tacos ($4-$5) are more expensive than your neighborhood taco truck, but it’s also executing them very well and doing its best to deliver organic and sustainably raised and farmed products.

What works: The veggie tacos are so good that they compete with their meat counterparts.
What needs work: The breading on the fish tacos can separate.
Tip: Check out half-priced cocktails at 2-5 p.m. midweek happy hour.