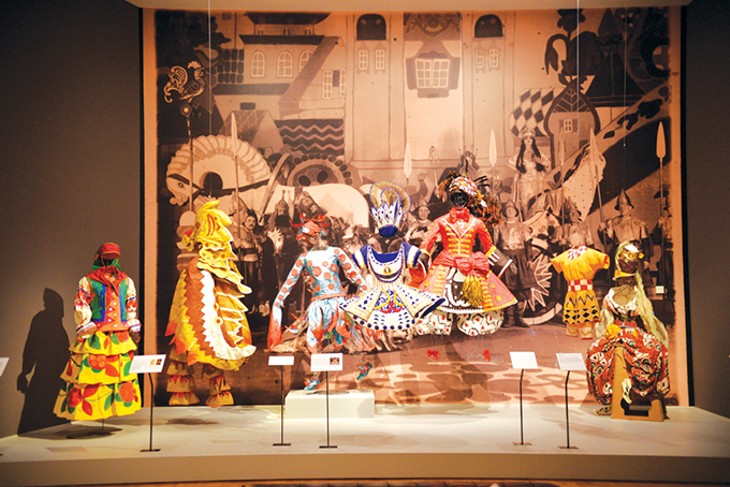 Isabelle de Borchgrave does not waste crumpled paper. The 72-year-old, Belgium-born contemporary artist makes treasure out of what so many of us regard as trash. Be it the rough draft of a novel, an expired to-do list, a grocery store receipt or an old love letter that has lost its lure, de Borchgrave could give it an extra crumple, smooth it out and make from it a masterpiece — durable furniture, wearable jewelry or a life-sized 17th century-inspired ball gown like the ones currently on display in Isabelle de Borchgrave: Fashioning Art from Paper at Oklahoma City Museum of Art.

“We are thrilled to host Isabelle de Borchgrave’s work in Oklahoma City,” said Michael Anderson, museum director of cultural affairs. “Visitors will be amazed at the intricacy and beauty of her artwork and surprised to know she crafted the work in this exhibition using just paper and paint.”

It is said that de Borchgrave’s fascination with creation began early in life, having drawn all over the hardwood floors in her bedroom as a toddler and teaching local neighborhood children how to paint and draw as a teenager. De Borchgrave went on to study art at the Academie Royale des Beaux-Arts in Brussels where she specialized in painting, sculpture and interior design. A visit to New York City’s Metropolitan Museum of Art in 1994 sparked the artists’ interest in the potential of paper.

Using the same technique she uses today, de Borchgrave began painting large pieces of plain white sheet paper, cutting the pieces into smaller ones, crumpling them up and then smoothing them back out again. After she repeats the process long enough, the paper eventually resembles fabric. De Borchgrave began creating paper replicas of some of history’s most iconic fashion moments, from a gown worn by Queen Elizabeth I to elegant dresses designed by Coco Chanel. In 1998, her dresses went on display in an exhibit titled Papiers à la Mode that traveled throughout France, Asia and the United States. De Borchgrave’s exhibit grew as she traveled with it. She added paper replicas of historic clothing worn in Turkey and Japan, among other nations.

In 2004, a Chicago department store commissioned her to create an exact paper replica of the wedding gown Jacqueline Kennedy wore when she married President John F. Kennedy.

“It was dusty and fragile,” de Borchgrave recalled for an interview with the popular British newspaper, The Daily Telegraph. “It was wrapped up in black tissue paper and the silk was dead; you couldn’t touch it. The paper one brings it to life again.”

The replica is currently on display at the John F. Kennedy Presidential Library & Museum in Boston. 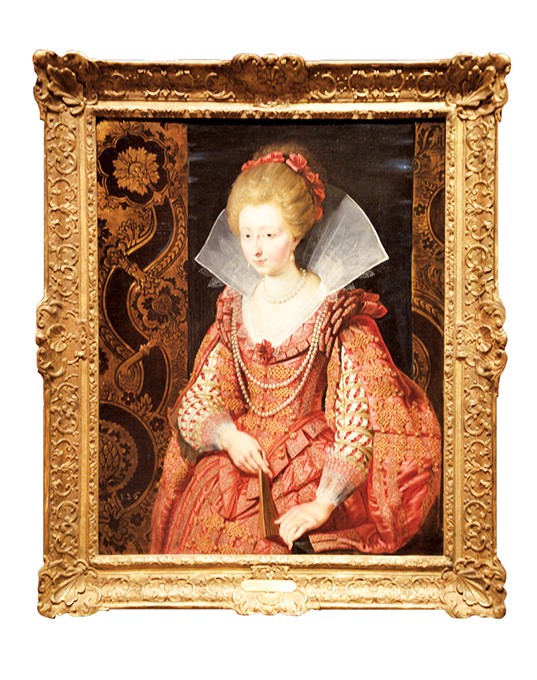 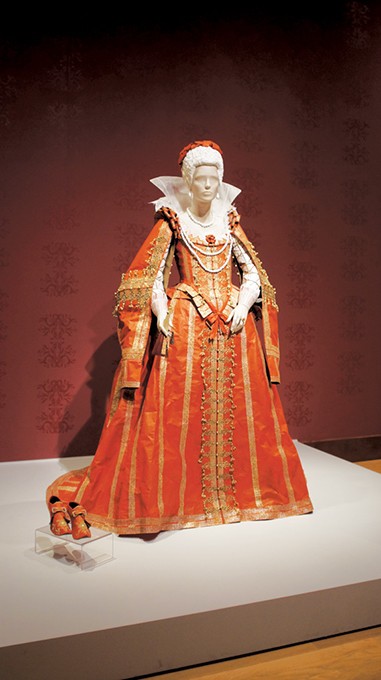 Once again, history is being brought back to life through de Borchgrave’s work. For the first time ever, all four of the artist’s fashion collections have been combined into Isabelle de Borchgrave: Fashioning Art from Paper. The exhibit boasts 78 life-size paper costumes that encompass over 500 years of global fashion history.

“This exhibition is the culmination of a fruitful collaboration among several institutions,” Oklahoma Museum of Art president Michael Whittington said. “The work began several years ago when the OKCMOA team and our colleagues met with the artist in her Brussels studio to explore the possibility of a retrospective that would tour throughout the United States.” 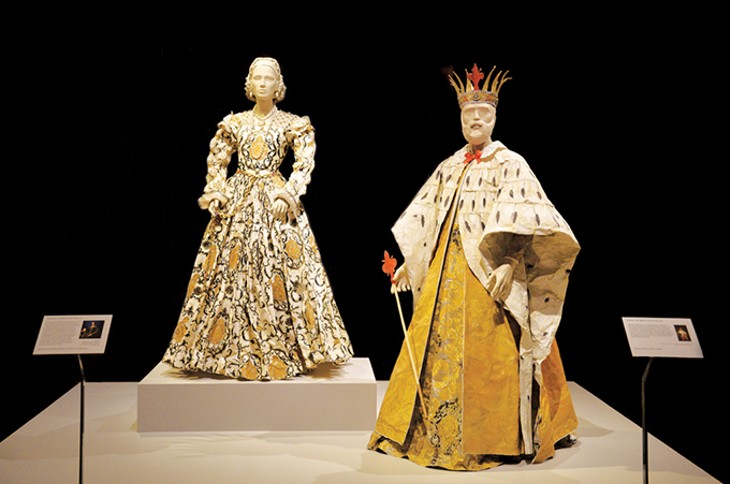 After a tour of de Borchgrave’s exhibit in June, two of the artist’s fans posed for a picture while each wore a piece of jewelry designed by her.

Brooke Baum proudly showed off her maple leaf-inspired gold paper earrings while her friend Phi Nguyen showcased her gold paper necklace. Both women purchased the Isabelle de Borchgrave jewelry from the museum’s gift shop. They are both members of Moderns, a group of young professionals throughout the metro who support the museum’s efforts to showcase the works of celebrated artists like Isabelle de Borchgrave.

“When you walk through these halls and have almost a hundred elaborate life-size historical dresses take you back to a place of grandeur and luxury and then leave wearing this stunning piece of jewelry designed by the same artist who made those dresses ... then you know you are in the presence of something pretty special,” Nguyen said. 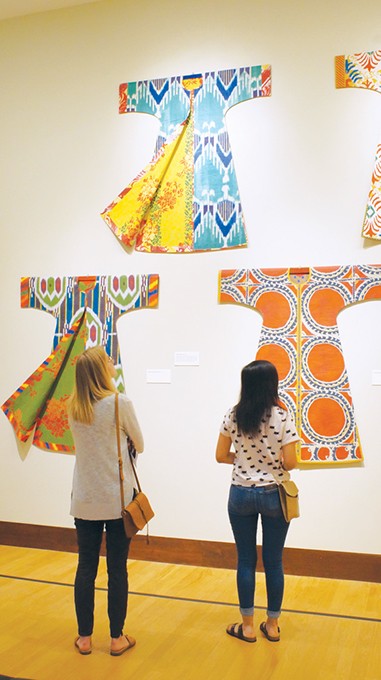