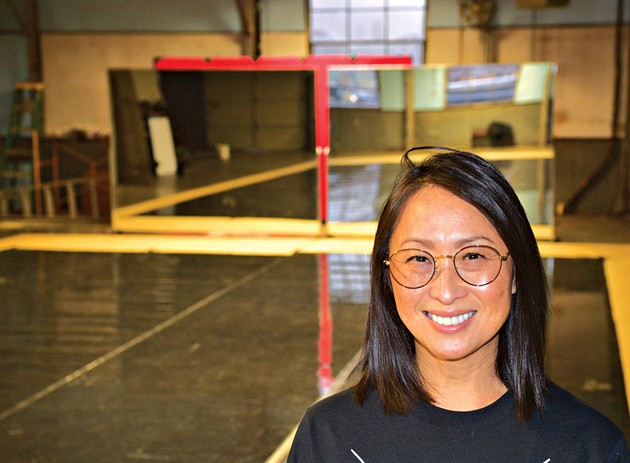 As RACE Dance Company prepares for an August show celebrating 10 years as a nonprofit group focused on social awareness through dance performances, it will do so with the benefit of its first permanent studio.

Executive director Hui Cha Poos slides open the large metal door and enters her new space located at 705B W. Sheridan Ave. and sharing a wall with Okay Yeah Coffee & Eatery. RACE has installed a raised dance floor with matting and the first of many large mirrors used for practice.

On a morning in late February, there is still much work to do before the studio’s March 1 opening — the walls must be painted black to create what will be a black-box theater, and new signage must be put up to replace the branding of a design company that previously used the space.

Poos, who is full-time faculty at the University of Central Oklahoma, founded RACE when she moved back to her native OKC after a successful film and dance career in Los Angeles.

“As an executive director, [the studio] means stability and a sense of being able to get more sponsorships,” she said. “As a dancer and choreographer, it’s not any different because I’ve been able to do what I love for the last 10 years, but as somebody that is looking for RACE to last beyond me, this helps keep it rooted and solidified. A lot of energy and effort is going to the logistics of the thing rather than the artistry, so it takes away some of that energy and puts it to work. It’s sense of relief.” 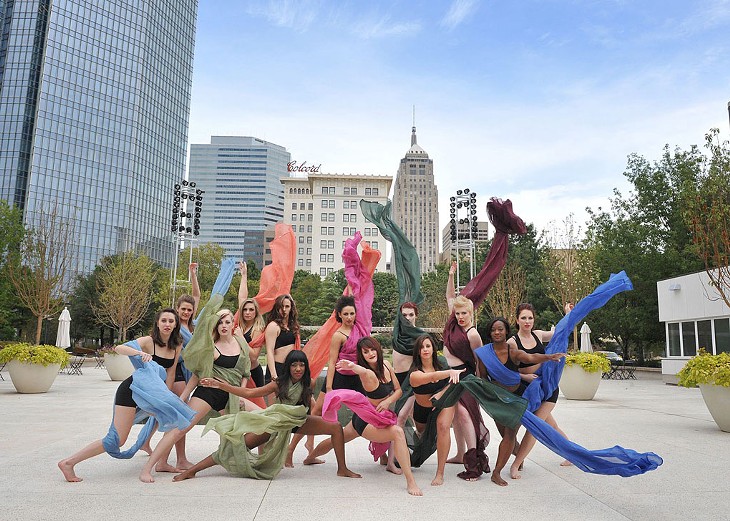 The studio will host classes 5-10 p.m. Monday-Saturday, which will expand to more daytime slots over the summer. Since RACE’s founding, Poos has made it a mission to combine different mediums of art, often pairing dance performances with work by musical and visual artists.

The back wall of the RACE studio will be set aside for a rotating set of artists, with the first month supplied by NBA player-turned-artist Desmond Mason.

“It’s important to me that we use other mediums to influence and inspire,” Poos said. “If we have this art piece and we’re dancing and creating, we look over and it should serve as inspiration, not just the music.”

The new studio allows RACE to expand beyond focusing on classes only for adults and teenagers. It will offer contemporary dance lessons in a variety of genres to all ages. By inspiring new generations, Poos said the focus of classes will be on hip-hop dance.

“There are hip-hop teachers throughout [the city], but not a place to do pop-and-lock classes or beginning break dancing classes,” Poos said. “We will focus on hip-hop with correct b-boy (break dance) technique with real b-boys, which is a big deal.”

In addition to monthly shows curated by visiting choreographers, Poos wants the space to be open to the community, envisioning opening the large sliding garage door so customers visiting OK Yeah will wander in to support the art or sign up for classes themselves.

“Anyone can learn to pop and lock,” she said. “We want to do contests for families as a group to get people dancing together. … We’re interested in growing the next generation of dancers. We’re different from regular studios in that we’re nonprofit. The teachers get paid, but we’re not just padding a [corporate] system that is going somewhere else.”

RACE Dance Company currently includes 17 adult dancers and about 20 participants in the junior teen company. Each group will perform collaborative routines during August’s X show, which will honor the company’s 10th anniversary by featuring some of its most popular routines.

“We’ve worked with guest artists from New York City to Los Angeles, and we’re bringing pieces back,” Poos said. “It shows the caliber of dancing the company can do, across many different genres.”