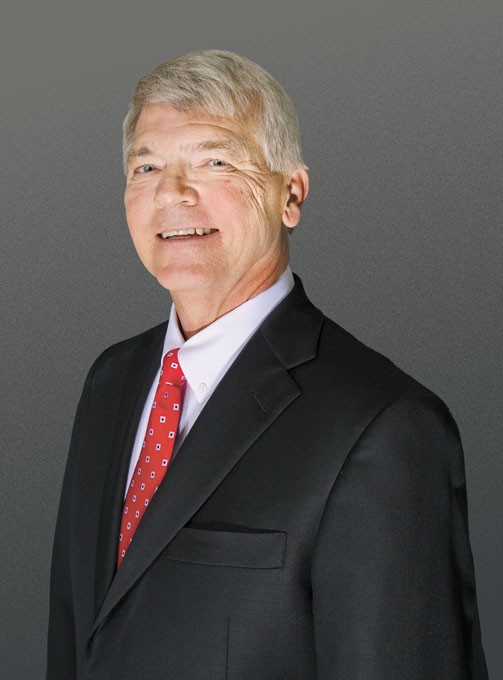 Republican voters in House District 85 head to the polls on July 14 and will have four candidates to choose from.

In the third of four installments, Oklahoma Gazette presents a Q&A with Ralph Crawford, a veteran and retired firefighter who is in his first campaign for office.

Oklahoma Gazette: You served in the army. What led you to that decision?

Ralph Crawford: I graduated from Putnam City High School in 1971. Three days later, I was in Fort Jackson in South Carolina. Two weeks before I graduated, I went to my dad and said, “I want to follow in your footsteps; I want to serve in the military.” I just felt the need to serve my country, and I did. I learned a lot of things while I was there: duty, leadership, service, patriotism. It helped me grow up a little bit. I probably wasn’t ready for college until after that.

OKG: What led you to  become a firefighter?

RC: In the early ’80s, I felt like I needed to continue my service, and I became a firefighter and it was the most rewarding thing I had ever done. In 1990, I transferred [from Bethany] to the Oklahoma City department and finished out my career with 27 years in both fire departments. I’m proud of that service.

RC: I was just going to play golf every day and enjoy my retirement. But it wasn’t long after that that I realized service didn’t end with retirement. [My wife is a school teacher], and she started having difficulties as far as keeping control of what she could teach in her classroom, and I got involved in the Common Core fight and worked on that for three or four years. I was just going out to the state capitol and being a citizen advocate, and we defeated Common Core last year, and that was a huge victory.

I got to meet legislators, I got to meet school board members and so many people that I don’t think I would have met had I just sat back in my retirement. I just wanted to keep being involved. That’s when I met [former House District 85 representative] David Dank. He was my representative, and I made sure to say hi to him at the start of every day during the session when I was up there, and he would invite me in to talk.

I am very proud of some of the things he did. He really worked hard with the tax credits and was trying to work on corporate welfare. But next thing I know, David Dank has passed away and I’m standing there, wondering what we do. I started getting pressure from friends and neighbors and people who knew I had been involved in politics for the past few years, and next thing I know, I am in this campaign.

OKG: With your wife a teacher at Deer Creek and your involvement  in the Common Core fight,  I would imagine education would  be an important issue for you  as a lawmaker.

RC: Governmental intrusion [through Common Core] was taking away [my wife’s] ability to be creative. Children don’t learn at the same rate, and she knew that. I think this fight still continues today.

RC: Nobody in the world knows their child as well as that parent. I think every parent should have the opportunity to get the best education for their child, regardless of where they come from, how much money they make or the ethnicity of that child. That’s what I firmly believe.

RC: Absolutely not. The teachers that I know don’t feel that way. For one thing, it’s going to make school districts perform better.

OKG: Do you support increasing education spending at the state level?

RC: I wish we could find out how much money is being spent in areas and really know. I think we have plenty of money; we just need to spend it wisely. We are putting money where it doesn’t belong. We need to get the money back into that classroom.

OKG: What separates you from  the field of Republican candidates  in this primary?

RC: First is age. I have 20-some years on them, and that’s life experience, and that is big. I am a 63-year-old, and I have the time to do this. I’ve put the golf clubs up. My willingness to be available and bring good outcomes rather than conflict is one of my qualities. I am passionate about letting people make their own choices, and I think I can lead there.

OKG: How do you plan to be available to your constituents?

RC: I want to meet with the constituents of District 85, and I have found a way to do that [if elected]. Every Saturday during the session, meet somewhere in the district that serves breakfast and we will meet at 8 in the morning. If 85 people show up, I won’t leave until everyone has been heard. If we only have five, or two or three, we will have an intimate little breakfast and talk about their concerns. That has resonated with nearly everyone I have talked to because they want to be heard.