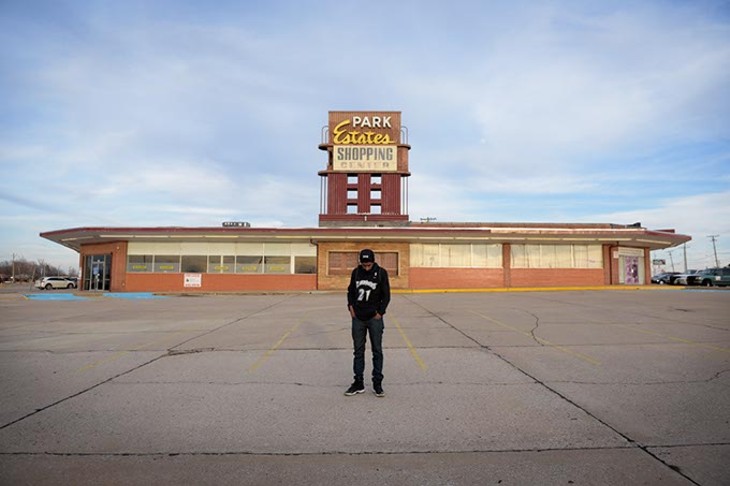 A recent Oklahoma Gazette restaurant review called the deliciously sweet strawberry-banana cake at Leo’s BBQ “a must” on Oklahoma City’s east side.

It would be hard to find a local foodie who disagrees with the assertion. The dessert (which is included in the price of most meal specials) has become one of several culinary gems associated with a side of the city sometimes overlooked or maligned by outsiders.

Rapper Grand National, whose birth name is Ronnie Johnson, was keenly aware of a general lack of attention or affection for the primarily black side of town when he crafted Eastside Delicacy. The long-time-coming follow-up to his 2015 album Grand Prix is set to be released Feb. 10.

It’s a popular convention in hip-hop music to give listeners a taste of the artist’s home neighborhood or upbringing through music. New York rapper Nas’ highly regarded 1994 debut Illmatic might be the most notable example, as the album’s gritty production evokes images of Queens subways and backyard barbecues.

Several neighborhoods and districts across the nation have gained some fame from their association with various rappers. But the areas’ defining characteristics are not limited to just a few select spots in country.

Listeners of Eastside Delicacy come away with a slice of life on the east side as seen from the emcee’s eyes. National hopes the album helps strangers to the community realize the area is one of Oklahoma City’s hidden cultural jewels.

“People on the outside might see this rundown place,” he said, “but for people who live inside, it’s pretty much a delicacy, just like Leo’s cake.” 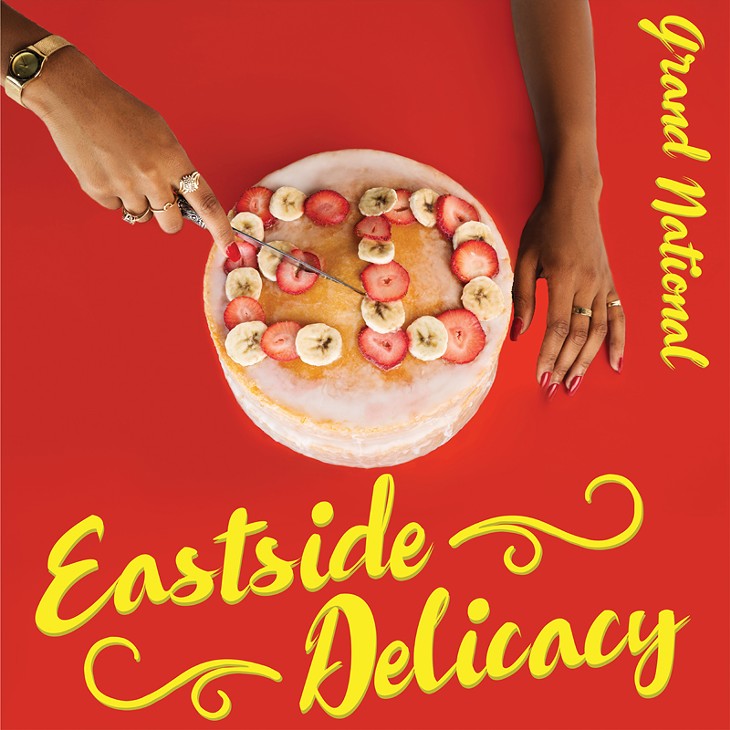 National was close to completing his work on Eastside Delicacy in September 2015 when the project suffered a huge setback. The hard drive on which his recordings were saved was damaged, setting the rapper back months.

Such an emergency could have derailed some other artists, but National tried to not let it faze him.

He went back to the drawing board, taking the mishap as a challenge to best his own efforts. He sought a more textured, organic sound with live instrumentation and accenting vocals.

Eastside Delicacy, solely produced by Darrin “FlyWalker” Givens and engineered by Austin Smith, is a truly cohesive and effortlessly smooth album — two elements that can be attributed to the live saxophone by Chris Hicks that was added in National’s second effort.

Other added contributions to the album include bass from Brandon Brewer of Oklahoma City indie rock band Space4Lease and violin by Carl Dorsey. Assisting vocalists include Jabee, Chris McCain, Fresh, Kemp, Ellesse and Gabrielle B.

Through some tinkering and a lot of perseverance, Eastside Delicacy is as polished a project as one will find in Oklahoma rap.

“We filled it and made it thicker,” National said. “I feel like there was a reason this shit went down.”

After a few years away in Maryland, National returned to Oklahoma City and the east side in 2011. The move helped give him perspective on his hometown.

National started realizing a similar pattern of behavior from several people he grew up around. He said a lot of people on the east side are affected by a lack of hope or promise for a better tomorrow.

The rapper said his father — who speaks street wisdom on several Eastside Delicacy interludes — has been to jail, as have many other fathers in the area. The song “Diamonds” is also called “Free Bop” as a reference to National’s younger sister’s father, who is facing significant prison time.

National said no one in the area was born bad; they are playing the hand life has dealt them.

“It’s not something we chose; it’s just how it was handed to people,” he said. “People know, according to the Bible, that we’re sinning, but what else do we have? You can ask for forgiveness, but what did we do? How do we change this?”

The emcee said examples of success are few and far between in the area, which keeps a lot of people from pursuing big dreams.

“There’s a lot of people that want to do something different, but they can’t go about it,” he said. “They can’t even get it in their mind because of how they were trained up. You can’t reach for the stars.”

This is part of the reason National sought to make a tribute to the community. Restoring a sense of value to the east side not only affects the self-worth of people in the area, but it helps open the minds of outsiders to the potential and strength already present.

Eastside Delicacy will be available for purchase Feb. 10 on iTunes and grandnationalliving.com.