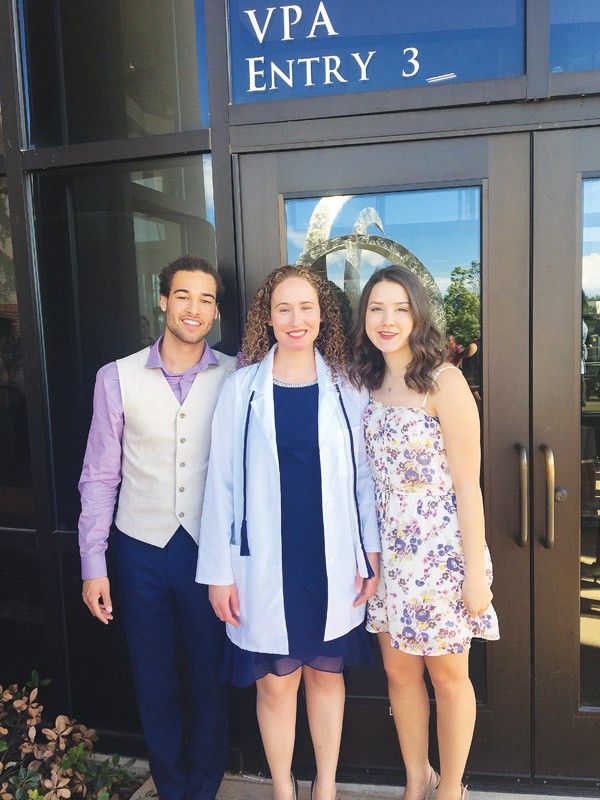 In fall 2015, single mother of four Camille Dennis was enrolled in the nursing program at Oklahoma City Community College (OCCC), ready to venture down a path of continued education that would ultimately land her and her family in a more secure financial position. But there was an element of uncertainty surrounding her schooling. Her family’s budget was airtight, and any sort of setback would likely derail her track to a degree.

It was one of her instructors who introduced her that semester to the Oklahoma Single Parent Scholarship Program (OSPSP), which was a brand new scholarship opportunity at the time.

“She had become aware of the scholarship and sent me an email she had received on the application,” Dennis said.

Dennis was intrigued by the program’s promise of a $500 lifestyle scholarship that single-parent students could use in any way they saw fit. She applied and was approved for her first single-parent scholarship in fall 2016 and successfully applied again in spring 2017.

Since then, OSPSP has found the funding to increase their semester scholarships to a $1,000 reward. Program president Ellen Ingram said the scholarship was founded in 2016 based on research by Women’s Foundation of Oklahoma (WFO) that found a lack of support programs for single mothers attempting to complete their education.

“They enrolled, but financial struggles and the need for supportive services caused them to drop out,” Ingram said. “They found there really weren’t any scholarship programs at that time they could find that were specifically targeted to help low-income single parents to go back to college.”

Something as hard and complex as nursing school certainly is not designed with the idea of simultaneously leading a full-time career. But for Dennis, there was no other way to make life for her family possible.

“They tell you, ‘Don’t go to nursing school and try to work full-time or really even work at all,’ but I really just didn’t have a choice,” she said. “For me it was a little bit of a lifeline, like a breath of fresh air.” 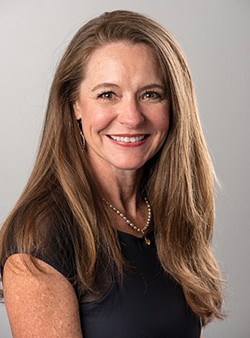 Sometimes the best way to relieve stressors associated with single parenting is to find a job that makes more money. That often calls for increasing one’s level of education or overall skill set, but that can be easier said than done when one also has a family to consider.

“The best way to help women create that self-sufficiency and stability is through completing their education, delaying childbirth and a positive first-job experience,” she said. “Those have borne out through national research.”

The organization was founded in 2003 and is an endowed fund at Communities Foundation of Oklahoma. Since its founding, WFO has invested more than $725,000 in grants to promote the economic self-sufficiency of the state’s women and girls. Over $400,000 has been used to support educational opportunities for single mothers and parent students on college campuses.

Crook said the purpose of the annual SMART grants, which in 2018 were awarded in sums between $2,500 and $5,000 to 14 state colleges and universities, is to focus on mothers who are attempt to complete their education.

“What we do is provide financial support to colleges and universities that have programs that are designed to help remove the obstacles so that these individuals can complete their education,” she said.

The grants are used by the colleges and universities for a wide variety of programming, services and positions serving single mothers and — depending on school — single parents in general.

Crooks said the great thing about the foundation’s SMART program is that their funds are used by schools in areas the institutions have noticed a need.

“We’re really very open and trust that colleges and universities know their student base the best and know what their obstacles or challenges are,” she said.

Using U.S. Census data, OSPSP found that Oklahoma children from single-parent homes are about four times more likely to live in poverty than those living in a two-parent home. Workers with just a high school degree in the state have a median income of $27,000. For those with a bachelor’s degree, the median is $42,732.

Ingram is aware of the many potential pitfalls single parents face in attempting to improve their level of education. This is why they keep the use of their scholarship money flexible.

“You can use them for books or tuition if that’s the need, but we give them $1,000,” she said. “They’re adults, and they can figure out how to best spend that money.”

For single-parent students, events that could be considered minor for two-parent households can become devastating setbacks. Ingram gives the example of a child falling sick and a single parent needing to work less in order to care for them. Because many single parents are not working salaried jobs, working less means making less money. Making less money can mean not being able to pay monthly bills — not to mention tuition. Parents then have to work more to make up for lost ground, and college hours are often cut in the struggle to make ends meet.

“It becomes kind of a vicious cycle,” Ingram said.

Dennis said two of the greatest OSPSP benefits were financial peace of mind and a renewed faith in humanity knowing someone out in the world believed in her and cared about her success.

“[My family was] on such a tight budget that if I were to go to the grocery store and overspend $20 or $30, I knew I still had a little bit of a cushion,” she said. “I could pay my bills and relieve some of the stress associated with that.”

Dennis graduated from her degree program in spring 2017. She now sits on OSPSP’s board as a non-voting graduate representative.

Prior to earning the single-parent scholarship for the first time, Dennis said she was unaware of how many programs aim to assist people in her position. Earning her degree has been a life changer for herself and her children. Her oldest son Jaylin and daughter Aliya— 20 and 18, respectively — are both enrolled at University of Oklahoma.

“It affects not only that person, but future generations,” she said. “It kind of sets a precedent for their children, encouraging them to go and get their college degree but also allowing their parents to provide a better life for their children.”

“It can be daunting,” she said. “There are times you want to give up because it can be such a challenge, but it’s worth it in the long run.”