You might call Jimmy LaFave the Cal Ripken Jr. of the Woody Guthrie Folk Festival. In 16 years, the singer-songwriter and founding father of Red Dirt hasn’t missed a single hour of the five-day festival. 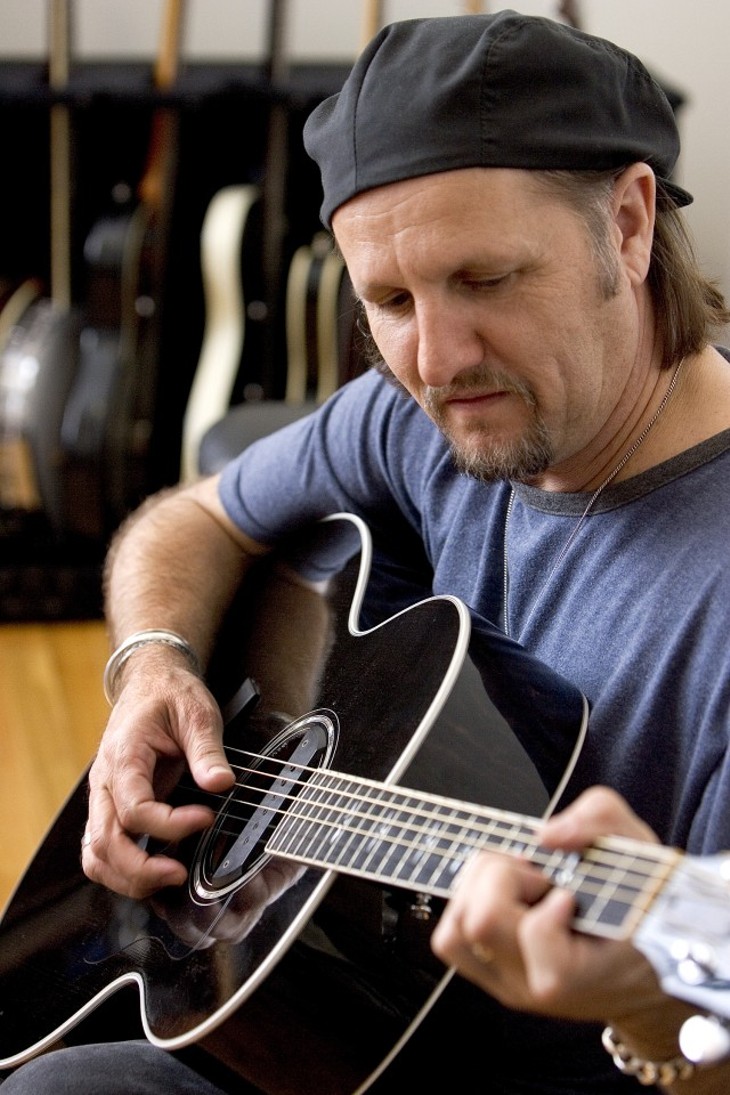 You might call Jimmy LaFave the Cal Ripken Jr. of the Woody Guthrie Folk Festival. In 16 years, the singer-songwriter and founding father of Red Dirt hasn’t missed a single hour of the five-day festival.

Though he will still perform at this year’s festival, that streak comes to an end in 2014, as an event in Vancouver will beckon him to the Northwest for the festival’s last few days.

“I am one of the only people to play at every fest,” LaFave said. “I had never even missed a day of the festival until this year. I was torn, having to break my perfect record.”

The festival represents more than just a performance to LaFave, and maybe that explains his dedication to it not only as a musician but as an advisory board member as well. It’s a sentiment shared by just about every musician and festivalgoer calling Okemah — the birthplace of Woody Guthrie — their home for almost a week each July. The celebration of Guthrie and his legacy is dearly important to its devotees, becoming something more than the sum of its parts in the process.

“There’s a reunion aspect — a family reunion, even,” LaFave said. “The down-home Oklahoma hospitality of it — it’s cool to wander the streets that Woody did as a kid. I’ve always enjoyed the history of it.”

The players and crowds focus their full attention on the song and little else, a nod of respect to the pioneer who paved the road for all the musicians to do what they do. The modest but significant festival has attracted the likes of Jackson Browne, Billy Bragg, Woody’s son Arlo Guthrie, Stoney LaRue and Pete Seeger. It also welcomed some of the very first performances from Oklahoma singer-songwriter John Fullbright. Many of its headliners return year after year, gathering after their festival gig and playing until sunrise.

“There’s only the one little motel, and we always wind up jamming in the parking lot until the sun comes up,” LaFave said. “You hear these great songwriters swapping each other’s songs, and there’s just a great camaraderie out there.”

LaFave has always played well with others, showing through his history with the dawning of the Stillwater Red Dirt scene in the ’80s and as recently as this year with the release of Looking Into You: A Tribute to Jackson Browne. The LaFave-produced effort features the likes of Bruce Springsteen, Lyle Lovett, Bonnie Raitt, Ben Harper and Lucinda Williams, a project he has been working on since 2012, when he got Browne’s nod of approval in the midst of the Woody Guthrie Centennial Celebration.

LaFave has studio time planned for September with one eye set on his first studio album since 2012’s Depending on the Distance, the other on the future of the Woody Guthrie Folk Festival, which he sees evolving to some degree in the near future.

“There’s just a lot more energy shifted towards the Woody Guthrie Center [in Tulsa],” LaFave said, noting a split between Tulsa and Okemah, with a date swing toward early summer thought to be possible. “I wouldn’t doubt if the main bulk of Woody-worshipping might move that way.”