Oklahoma City’s professional baseball team carries much history, including its 89er days at the old All Sports Stadium.

Now a new history has been injected into the franchise, as it was announced recently that Mandalay Baseball, LLC, which bought the team in September, would be rebranding it as the Oklahoma City Dodgers.

“Today marks a new chapter in Oklahoma City’s baseball history,” said Michael Byrnes, team president and general manager, in a Dec. 3 statement. “Soon after the ownership change took place, there was a dialogue as to how we could rebrand the team. Ultimately, ownership, team leadership and key stakeholders felt there was no bigger statement for the Los Angeles Dodgers to plant their flag in Oklahoma City than by renaming their Triple-A team the Dodgers as well.”

Mandalay Baseball is a joint venture between ownership of the Los Angeles Dodgers and an investor group led by Mandalay Entertainment Chairman and CEO Peter Guber and also includes Earvin “Magic” Johnson. Also co-owner of the NBA’s Golden State Warriors, Guber is a New York Times bestselling author and a producer whose film credits include Oscar bait such as Rain Man and The Color Purple.

“Using the Dodgers’ name is a privilege,” Guber said. “It’s one of the three or four most iconic brands in sports all over the world, and we are thrilled we have the opportunity to share it and shine with it.” 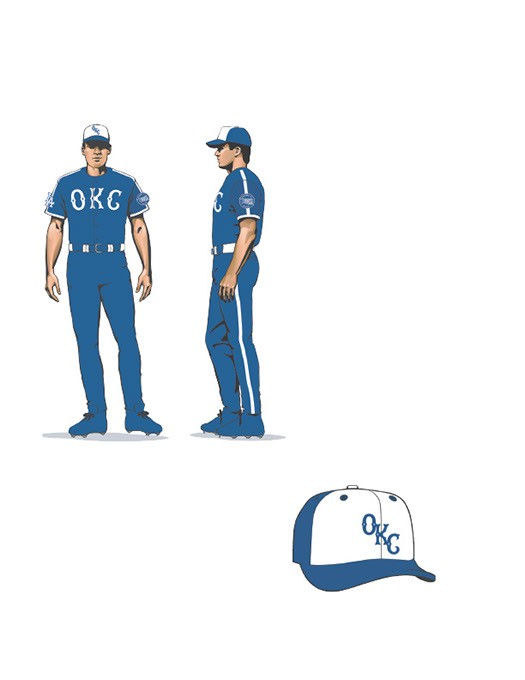 The Los Angeles Dodgers are the fifth Major League team to call Oklahoma City its home since Triple-A baseball came here in 1962. Oklahoma City was affiliated with the Texas Rangers for 28 seasons and had been affiliated with the Houston Astros since 2010. The Dodger nickname will be the team’s third during that time, following the fan-favorite 89er nickname and the RedHawk nickname, used since 1998.

Oklahoma City will continue to play in the Pacific Coast League’s Northern Division, and all team management will remain with the club. Los Angeles had been affiliated with the Albuquerque Isotopes for the last six years.

The Los Angeles Dodgers also entered an agreement to make the Tulsa Drillers its Double-A affiliate.

When the Oklahoma City Dodgers take the field at Chickasaw Bricktown Ballpark next season, they will sport new logos and uniforms that incorporate cultural elements of Oklahoma City and Bricktown culture and the Los Angeles Dodgers’ history — including the ascending Dodgers script and the famous “shooting ball,” which have been associated with the franchise since 1938.

“We wanted to tailor the Dodger brand to something that people in Oklahoma City could take pride in, hence elements like the homage to Bricktown on the primary logo and the SkyDance Bridge patch on the home uniforms,” said Ross Yoshida, Los Angeles Dodgers director of graphic design.

The team’s home uniforms are modeled after the Los Angeles Dodgers’ classic home whites, and the gray road uniforms are modeled after the Major League team’s current road uniforms. The primary home cap is dark royal blue and says “OKC” in letters styled after the old Brooklyn Dodgers “B.” The primary road cap features a state logo with a star representing Oklahoma City and the letters “OKLA,” the interlocking “LA” resembling the familiar Los Angeles logo.

Fans will be asked to name new mascots that will be introduced before the 2015 season begins, team officials said.

Oklahoma City Dodgers merchandise is available at the team store located at Chickasaw Bricktown Ballpark, and season ticket packages are available for the 2015 season. For more information, call 218-1000 or visit okcdodgers.com.