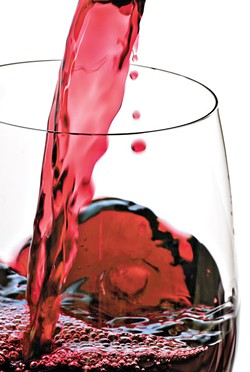 When Christie Luna, Kelly Duckhorn and Paula Kornell first conceived the idea of Reds, Whites & Boots in 2009, no one predicted how successful the ministry they chose to sponsor would become. Duckhorn and Kornell are both deeply tied to Napa Valley wine culture; in fact, Duckhorn’s last name should be familiar to fans of Napa wines. The women wanted to combine wine and charity for a cause to benefit women.

“Since it had been a church in its past, it truly appeared to be destined to be a sanctuary,” he said.

Cattlemen’s helped with Sanctuary’s first Thanksgiving dinner, so Egan was familiar with the staff. When Luna mentioned the wine tasting and charity to support women’s causes, Sanctuary seemed a natural fit. The first Reds, Whites & Boots was held that year, and with the exception of 2010, when it did not happen due to travel issues, Cattlemen’s and Glazer’s have hosted it every year since.

This year, the featured wineries are Pali Wine Co., Silver Oak Cellars, Toad Hollow Vineyards and Twomey Cellars. For the event, approximately 15 wines from the four wineries will be available to taste. Cattlemen’s will provide steaks and sides, and anyone brave enough to give it a go can dance to live music. “Boots” is in the name for a reason, so expect country music and dancing.

An auction to raise additional funds for Sanctuary is also part of the evening’s events. Some of the auction items are wine-related, including a trip to Silver Oak and Opus One Winery, two of Napa’s most famous wineries.

Sanctuary is a service of Catholic Charities Archdiocese of Oklahoma City. The center, located in a former church, provides assistance for basic needs to homeless and at-risk women and their children. The center also provides counseling, case management and resources to help women move from homelessness and poverty to permanent homes and employment. In 2013 and 2014, Sanctuary provided assistance to more than 1,600 clients.

Last May, Sanctuary opened a second location in Norman, a community where homelessness is less visible than in Oklahoma City. Jennifer Dennis-Smith, a spokesperson for Catholic Charities, said that couch homelessness is a problem in Norman. Couch homelessness is transient homelessness where someone lives with a friend or family member after losing the ability to live in their permanent residence.

Proceeds from Reds, Whites & Boots go directly to Sanctuary, and Catholic Charities has a sterling record as a charitable organization. About 90 cents of every dollar goes to direct assistance, she said.