Reduxion Theatre Company closes out season with a scorcher 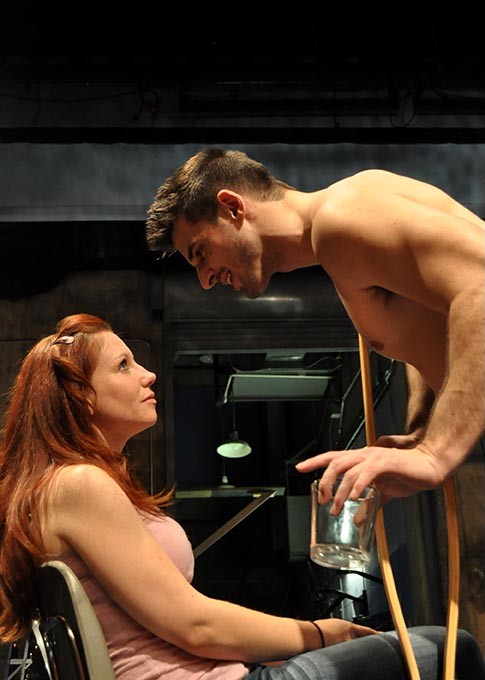 Erin Woods, a producer of the play, said Reduxion decided to change the location of the play from Automobile Alley to the new venues because they better suit the company’s artistic goals and, more importantly, reach a larger audience.

“For a long time, we wanted to branch out and reach more downtown and south-side audiences. The south-side especially is a largely untapped market for local theater,” she said.

Woods believes Cat on a Hot Tin Roof is a perfect ending for Reduxion’s 2014-2015 season. The play by Tennessee Williams is an American classic and a Pulitzer Prize-winning drama, and Woods wants to honor its story.

“Producing Tennessee Williams is downright magical. His scripts are so vibrant and expressive; all you need is on the page, in the language,” she said.

The show is staged in a single bedroom — the bedroom of Brick and Maggie — on a hot Mississippi evening in 1955, and because Oklahoma gets so hot during the summer, Woods feels it might resonate with the local crowd.

The drama examines relationships among family members of wealthy cotton tycoon Big Daddy. Filled with raw, gritty drama, it explores many taboos of mid-century America, including sexuality and greed.

Woods said the setting of the play is brutal and honest but also representational and dreamlike in many respects. The simplistic scenic design is important, and the company will perform the play with nods to the original 1950s productions.

“With Williams’ work, the location and the time of day is like its own character,” Woods said.

Many local favorites will take the stage for Cat on a Hot Tin Roof. Crystal Ecker, who has performed in OKC theater for more than ten years, will play Maggie the Cat.

“Maggie the Cat is a very strong female character. And this can be hard to come by sometimes in the theater world, or in Hollywood for that matter,” Ecker said.

Cat on a Hot Tin Roof

Print headline: Hep Cat, The final play of Reduxion Theatre Company’s season is a hot one.